Three am, and Marlon Vera was awake again.

The insults were in his head, an inner fighter taking potshots at the 28-year-old for his loss to Jose Aldo last December.

Vera didn’t get blown out by the Brazilian great, he wasn’t knocked out or submitted, and had he pulled out the third round, he would have won the fight. That didn’t silence the voices, though.

“I was nearly screaming to myself, but I was telling that to myself. I kept that to me, and I put all the pressure on me.”

"Losing will teach you a 100 lessons and if you don't learn when you lose, you are an asshole."

Marlon Vera (@ChitoVeraUFC) talks about his adjustments after his last fight and how he is going to rebound in his bout against Davey Grant at #UFCVegas29 🔉⬆️ pic.twitter.com/mzvul0WEVz

No, Vera didn’t agree with Aldo’s safety-first strategy in the final round, but that was his fault for not finding a way to get loose as the two grappled. And as soon as he got home from Las Vegas, he was going to do something about that.

“When I came back to California after the fight, I spent at least a month just going to the highest of the highest jiu-jitsu people that we have around and I was like, 'Hey, I know how to not get choked out, but what do you do when someone's just stalling from the back?'”

That third round still stings and it’s evident in Vera’s voice as he re-lives it.

MORE UFC FIGHT NIGHT: Fight By Fight Preview | Fighters On The Rise | The Rise Of The Korean Zombie | Aleksei Oleinik Still Has Gas In The Tank | Matthew Semelsberger Wants To Prove Everyone Wrong | Consistency and Purpose Are Matt Brown’s Focus | Dhiego Lima Believes In A New Start

“I was praying to God that he mounted me because if he mounted me, it was a wrap,” Vera continues. “I would push him off and knock him out. But what happens when somebody stalls from your back? So I didn't just come home and be an idiot; I came home and I did my homework. I'm not gonna put out excuses, I'm not gonna blame nobody, I fixed some mistakes and now I'm ready to go. I'm gonna kick some ass with a smile on my face.”

“Chito” is in good spirits these days, and why not? Despite the loss, his family’s doing well, they’ve got their own house, complete with birds chirping in the backyard, and Vera gets a chance to get back in the win column this Saturday and get a little get back when he faces a man who gave him a loss in 2016, Davey Grant. It’s not a fight he expected to see again, but he’s not complaining, either.

“I did expect a bigger name just because of who I've been fighting lately in my last three fights,” said Vera, whose last three bouts were against Aldo, Sean O’Malley and Song Yadong. “But I want to kick some ass. And why not avenge one of those losses from the past that I believe I could win if I knew a little more? And now I know more than a little more and I'm gonna take his head off.” 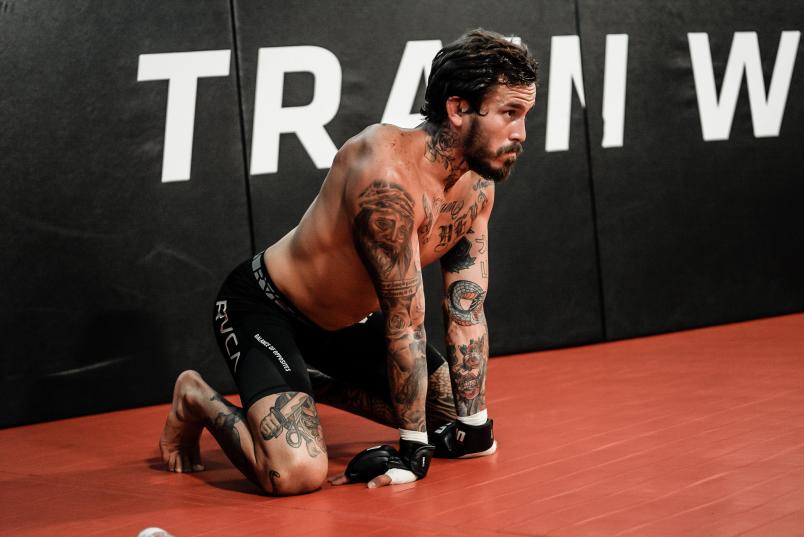 At the time of their first bout in London, Grant was the name, about to return after more than two years on the sidelines after fighting in the finals of The Ultimate Fighter 18. Vera was the kid from Ecuador looking to make a name for himself after going 1-1 in his first two trips to the Octagon.

Nine wins since that defeat prove it. There have been losses along the way as well, but he’s in the Top 15 of one of the toughest divisions in the game, and he’s got the confidence and experience to go with those tools. In fact, when he ran off a five-fight winning streak in 2018-19 that saw him finish each victory, there were legitimate thoughts of another win or two putting him in the title race.

Then the COVID-19 pandemic arrived in 2020, and Vera’s momentum hit a brick wall.

“In the pandemic I learned a lot of things about myself,” he said. “I bought a house two months before the pandemic started and my career was in a good spot. In the Top 15, a big winning streak, all finishes, I was about to have my debut in the Top 5 and right when 2020 starts, all my fights fell through, I put all my money in this house and I was like, ‘What do I do now?’ But I stayed strong, I didn't create bad habits, and I did not stop working through the pandemic. I didn't let nothing that was happening in my surroundings affect my life or what I want for me and my loved ones.” 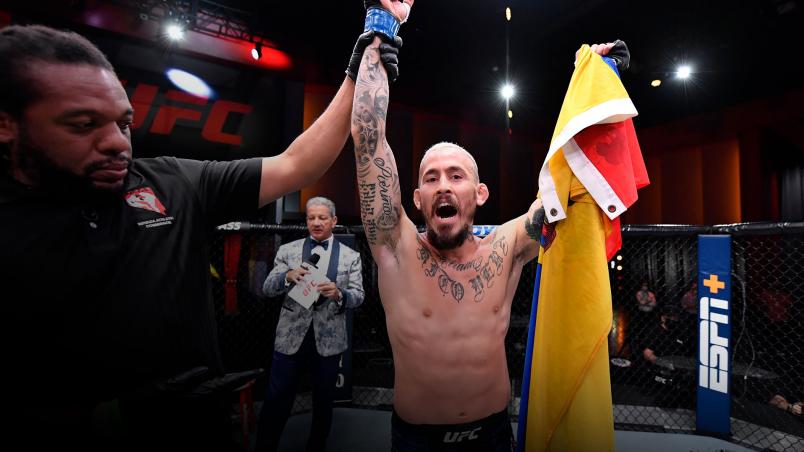 Marlon Vera of Ecuador reacts after his TKO victory over Sean O'Malley in their bantamweight bout during the UFC 252 event at UFC APEX on August 15, 2020 in Las Vegas, Nevada. (Photo by Jeff Bottari/Zuffa LLC)

When Vera made his first start of 2020 in May, he lost a highly controversial decision to Song Yadong, but in August, he secured the biggest win of his career, stopping Sean O’Malley in the first round. Then came Aldo, but Vera isn’t letting it take him from his path, no matter how much it hurt at the time.

“I was confident because I knew where I was going after the fight,” he said. “It was the perfect time to start talking about title contention, and yes, it broke my heart, but it didn't break me. I'm stronger from that fight, and I won't make those mistakes anymore. I changed things in my camp, and I'm just looking forward to taking somebody's head next.”

The biggest change is that Jason Parillo is manning the Vera corner now after “Chito” had a long stint with Team Oyama. It was an amicable split, but one Vera believes was necessary.

“When that man talks to me, it goes to my brain and I can speak through my knuckles,” said Vera of his new head coach. “The connection here was too good to let it go.”

And if Vera is speaking through his knuckles, it’s safe to say that he’s not getting those 3am wakeup calls anymore.

“I can literally throw the towel in right now, and just be like, 'Yeah, I'm the first Ecuadorian in the UFC, I accomplished a couple things, I got bonuses, I won fights, I was on a winning streak.' But I don't think about those things; I always want more. I always want to get better, I always want to break your face. So now, on June 19th, I'm not gonna settle down, I'm not gonna go easy; I'm going to take everything from him, I'm gonna put him in a spot where I can get out of the situation I'm in right now and go after somebody in the Top 5. I know the level I'm at right now. I know how hungry I am, I know how hard I work and there's nothing in this world that you can do to stop me. You can shoot me in the face with a machine gun and I'm still walking forward to take your head off.”

Guess that explains the “Fighting is Life” blurb on Vera’s Instagram bio.

“Everything in life requires fighting,” he said. “Nothing comes easy, nothing is given to you, you gotta go and earn it. That's what I believe, that's what I want to teach my children, and this pandemic showed a lot to people. You either grind your way and get it done, or you let this kill you, and it's not gonna be easy to take this Ecuadorian down. It's not gonna be easy.”