Lawler Will Let His Fists Talk To Covington

Robbie Lawler isn't worried about what Colby Covington is saying, he just is excited to push his limits and fight.
By E. Spencer Kyte • Aug. 1, 2019

Part of what makes Saturday’s welterweight main event between Colby Covington and Robbie Lawler so compelling is that the two combatants couldn’t be more dissimilar in terms of their personalities.

Where Covington is all bluster and bombast, Lawler resides at the other end of the spectrum. Though he’s gotten more talkative in recent years, the 37-year-old veteran has always chosen his words carefully and kept things concise, opting for five words when others would wax poetic.

The differences between the two in that realm has been abundantly clear in the preamble to Saturday afternoon’s crucial welterweight clash at the Prudential Center in Newark, New Jersey, as Covington has taken every opportunity presented to him — and crafted more than a few of his own — to disparage Lawler and sing his own praises, while the former undisputed champion continues to say little, focusing instead on making sure he makes a statement this weekend when it matters most.

“It’s a fight; we’re going to go fight and that’s it,” said Lawler when asked about Covington’s constant barbs, criticisms and quips. “It doesn’t matter what he’s saying.”

One of Covington’s major areas of focus leading up to this fight has been Lawler’s exit from American Top Team, the South Florida gym where the two trained together routinely as Lawler returned to the UFC and ultimately rose to the top of the welterweight ranks.

Covington was a part of Lawler’s twin training camps ahead of his fights with Johny Hendricks and has shown a fierce loyalty to the team and its founder, Dan Lambert, attacking Lawler for perceived slights and his decision to split from the team after losing the welterweight belt.

While Covington has been working to make this weekend’s main event a personal matter in hopes of getting Lawler to fight emotionally, the man affectionately referred to as “Brutal Bob” on MMA Twitter isn’t letting any of his opponent’s talk get to him and plans on fighting the same way he always has once the Octagon door closes on Saturday evening.

“I don’t have a problem with him or ATT, I’m just not there anymore,” began Lawler, who made his first UFC appearance on May 10, 2002 as a promising 20-year-old representing the Miletich Fighting Systems team. “We’re fighting. It’s simple.

“It’s just about being professional and focused,” Lawler added when asked about the laser-focus he’s exhibited throughout his now six-year second chapter in the UFC. “All of the hard work has been put in. It’s not emotion — it’s all the hard work you put in, all the sacrifices you’ve made, that’s what everyone sees.”

That hard work and drive to constantly improve has been another of the hallmarks of Lawler’s career and represents another piece of what makes he and Covington such intriguing opposites heading into their pivotal clash on ESPN.

Where Covington has no reservations about declaring himself the best welterweight of all-time just seven years and 15 fights into his professional career, Lawler is an 18-year veteran, poised to make his 43rd walk to the cage this weekend and still doesn’t like talking about what he’s accomplished — and he’s accomplished a great deal.

Lawler is the former undisputed UFC welterweight champion, universally respected by his peers (save for maybe Covington) and took part in one of the most memorable fights in UFC history when he went toe-to-toe with Rory MacDonald in an instant classic for the welterweight title at UFC 189.

He has the kind of resume and storied career that merits praise and no one would blame the soft-spoken stalwart if he were to take a minute to publicly reflect on all he’s achieved or gave himself a little pat on the back on occasion. 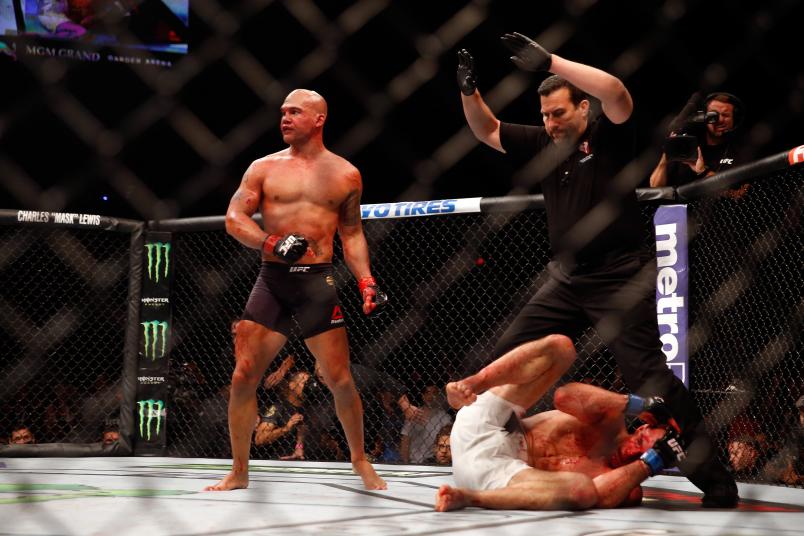 “I don’t really focus on those kinds of things,” he said when asked about his lengthy career and all that he’s accomplished in the cage. “Sometimes people ask me and I’m like, ‘Oh s***, I guess I have been in this game for a while.’

“I’m just normal. I don’t really reflect on who I am — it’s where I’m going and how can I get better,” continued Lawler, who has remained relevant across several different eras in the sport and holds victories over a vast array of prominent names and proven talents. “It’s one of those things where I don’t focus on what I’ve accomplished or what I’ve done; I focus on where I’m going and how I can continue to grow.

“I’m just a normal guy trying to do extraordinary things, if possible,” he added. “I’m just grinding, working out like everyone else, digging deep.”

And that focus on the future and continuing to chase goals rather than rest on his laurels is a big piece of what has Lawler making a quicker turnaround than he has in several years in order to face Covington.

After undergoing knee surgery and spending more than a year on the sidelines following his loss to Rafael Dos Anjos in December 2017, Lawler returned to the cage this past March in a showdown with undefeated new arrival Ben Askren at UFC 235. 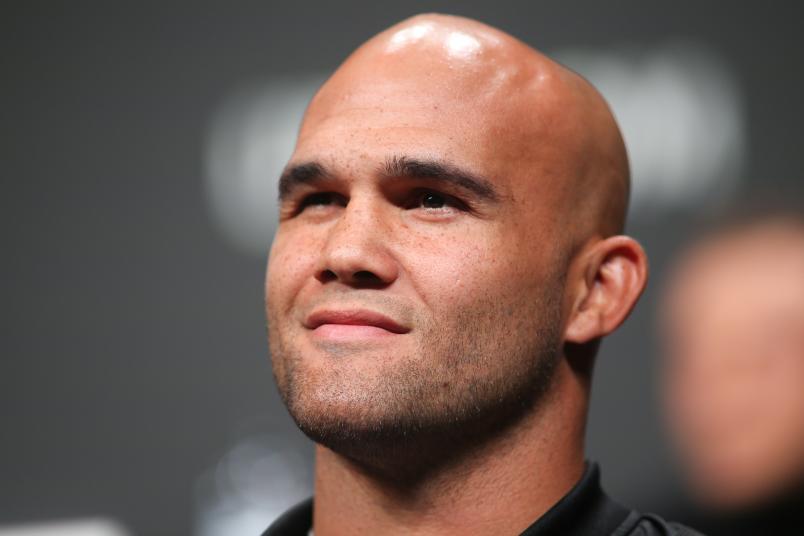 The highly anticipated fight turned into a controversial affair as Lawler quickly elevated and slammed the UFC newcomer on his head and swarmed for the finish, but Askren was able to weather the storm, get back to his feet and ultimately latch on to a bulldog choke. Pressed up against the fence and with Askren’s arms clamped around his neck and head, referee Herb Dean jumped in to stop the fight when it briefly looked like Lawler’s arms had gone limp, reading the reaction as the champion having passed out.

The fight was halted, but Lawler was still conscious, though the seasoned veteran quickly moved past his frustrations and accepted a rematch with Tyron Woodley, the man who knocked him from the welterweight throne, at the end of June. When Woodley was forced from the contest due to an injury, Lawler was pulled from the card and quickly rebooked against Covington.

“The Ben Askren fight happened the way it happened and showed me where I needed to be; showed me where I was and where I wanted to go,” said Lawler, explaining his quick turnaround and how this fight came together. “I just got back in the gym and started working on things to fine tune and get better.

“They asked me, I talked to my coaches and my manager — I was already in pretty good shape, it was five weeks out, but it all worked out,” he added. “It’s a big fight against an interim titleholder and it kind of all fell into place.”

As for how he seeing things playing out this weekend, the former champion once again displayed the vast difference between himself and the man he’ll face on Saturday.

“He does some stuff really well and I’ll be ready for it,” said Lawler when asked how things will play out at the Prudential Center. “But it’s just another fight.”