Kevin Holland: 'I’m Going To Knock Him Out'

UFC Welterweight Kevin Holland Has His Sights On Outdueling Stephen Thompson In A Strikers Delight At UFC Fight Night: Thompson vs Holland
By Gavin Porter, On Twitter @ItsGavinPorter • Dec. 1, 2022

It’s a kung fu versus karate main event – just the way that Kevin Holland likes it.

The welterweight fan favorite is back in action this weekend in the headliner spot against Stephen Thompson. It’s a fight that fans have likely had circled on their calendars since it was announced and Holland is confident that the two talented strikers are going to deliver in a big way for the fans at the Amway Center in Orlando.

“We are two people that they like to watch fight, go out there and scrap,” Holland told UFC.com. “They get to see us fight the type of fight that we like to fight.”

Holland may be known as “Big Mouth” due to his trash talk, but he’s had nothing but nice things to say about Thompson.

“I respect his attitude, his personality, how happy he is all the time, that he’s a good guy and so positive,” Holland said of Thompson. “He’s the type of person that’s there for everyone in their life. It’s good to be a good person, it’s s***** to be a s***** person. Don’t be me because you’ll be both.” 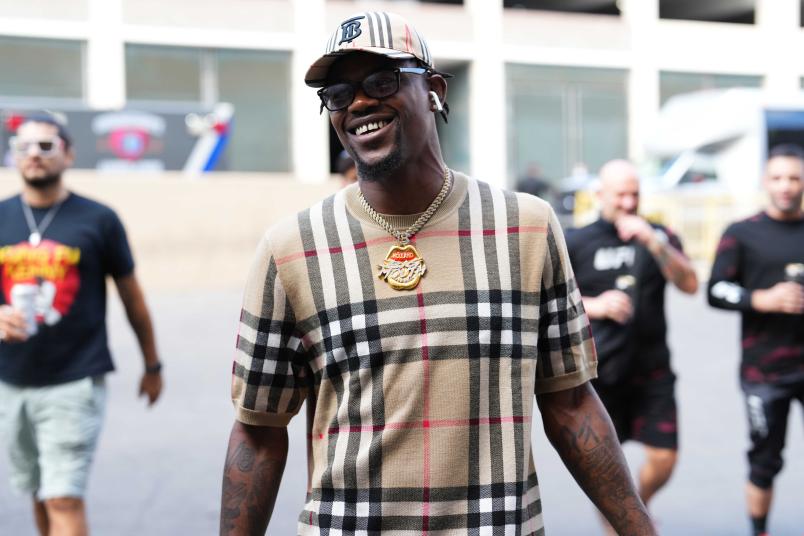 Holland’s admiration of Thompson goes beyond his ‘NMF’ status. “Wonderboy” is someone that Holland has always wanted to test himself against.

“‘Wonderboy’ has kind of always been on the radar forever. Even when I was at middleweight, I was like, ‘If I go down to welterweight, that’s one of those fights I’d love to have,’” Holland said. “’Wonderboy’ was one of the reasons why I was willing to cut down to 170 pounds back when I wasn’t really with all this weight cutting stuff. He’s a lovely fight to have, a legend in the sport, he’s a magnificent person, wonderful fighter, beautiful striking, but beautiful striking isn’t always effective.

“When it comes to putting people to sleep…I do that very well.”

That fact checks out, considering that since his debut in 2018, Holland has finished seven of his ten UFC wins on his way to becoming one of the most entertaining fighters in the sport.

Being entertaining and being in these big money fights is exactly where Holland envisioned he would be, and fighting Thompson is just proof that he’s earned this spot.

“What can I say, I’m just here in Orlando, sun’s out guns out doing my thing. I know I deserve to be here,” Holland said. “I’m super happy for this “Wonderboy” fight. I’m just here to pay my taxes and knock somebody the f*** out at the same time.”

A knockout win over Thompson would put Holland right back on track after a slip-up against Khamzat Chimaev at UFC 279. It’s impossible not to mention that Holland took that fight – a fight that many would have passed up – on just 24 hours’ notice after Chimaev missed weight for his main event bout with Nate Diaz.

Even though the fight didn’t go his way, his efforts didn’t go unrewarded.

“I took away a fat ass paycheck and a whole lot of bling bling,” Holland laughed. “It was a weird, crazy week.”

Shaking off the loss was easy for Holland, especially since he knew the type of fight he was going to get from Chimaev, and he was content with the check the UFC cut him for stepping up.

Holland is not expecting Thompson to come at him with the same grappling-heavy approach that Chimaev wasted no time pursuing at UFC 279. He’s anticipating classic “Wonderboy” Thompson, who is renowned for his karate striking. 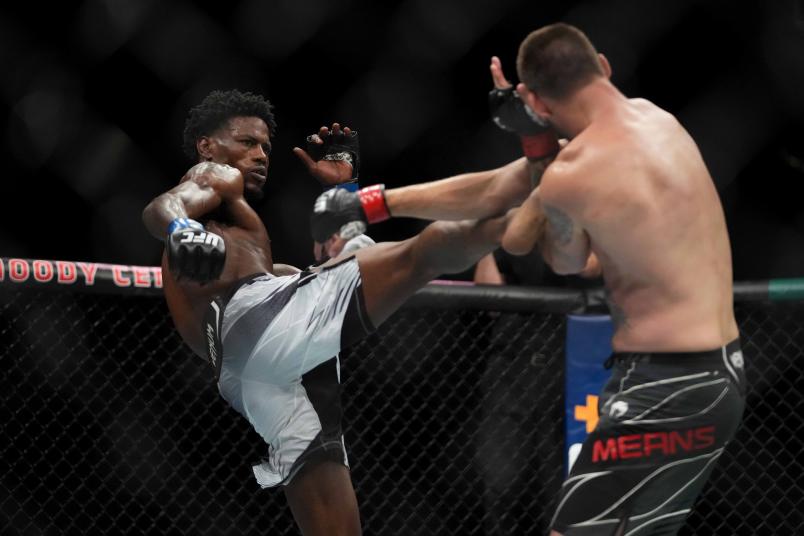 But then again, he wouldn’t put it past Thompson to try to implement some grappling in their main event bout.

“Man, “Wonderboy’s” experience shows how talented he is. You have to look his karate and kickboxing background to really grasp how great he is,” Holland said. “That being said, I’m going to knock him the f*** out. You know what I mean?”

At 39 years old the retirement question is starting to come up more frequently for Thompson, who has gone 3-5-1 in his last nine bouts. And while it’s not been said that Thompson will call it a career on Saturday, the idea of being the guy who could retire Thompson sits well with Holland.

“I think he has retirement vibes going into this fight,” Holland said. “It seems like he might be close to the end and I’m just getting started on the big money ones.