Modestas Bukauskas: The Hero Of His Own Story

Through Ups And Downs Modestas Bukauskas Has Never Lost Sight Of His Goals And He Is Confident He's Set Up To Thrive At UFC Fight Night: Brunson vs Till
By THOMAS GERBASI, ON TWITTER @TGERBASI • Sep. 2, 2021

Fighters are not like the rest of us. Case number #437893 – Modestas Bukauskas.

First, take a look at the highlight reel of one Khalil Rountree Jr. Scary stuff, right? Not the guy you want to be locked into an Octagon with for 15 seconds, let alone a possible 15 minutes.

But when Mr. Bukauskas received an early morning text from his manager, Jason House, about fighting Rountree in said Octagon this Saturday in Las Vegas, he had the following reaction.

“Straightaway, it gave me almost shivers down my spine, the goosebumps and everything,” he said.

That sounds about right, until he explains that the shivers and goosebumps were not borne from fear.

“I said, ‘Hell yeah, this is a great matchup, and I can't wait.’ So I was definitely very excited as soon as I had the text come through.”

Yeah, the London-based Lithuanian isn’t cut from the same cloth as the rest of us, but as he knows, to be great in this, or any other, endeavor, there is going to be risk taking involved. And while Bukauskas knows what he’s getting into with the hard-hitting Rountree, he’s also excited to throw hands with a fighter he’s admired over the years. 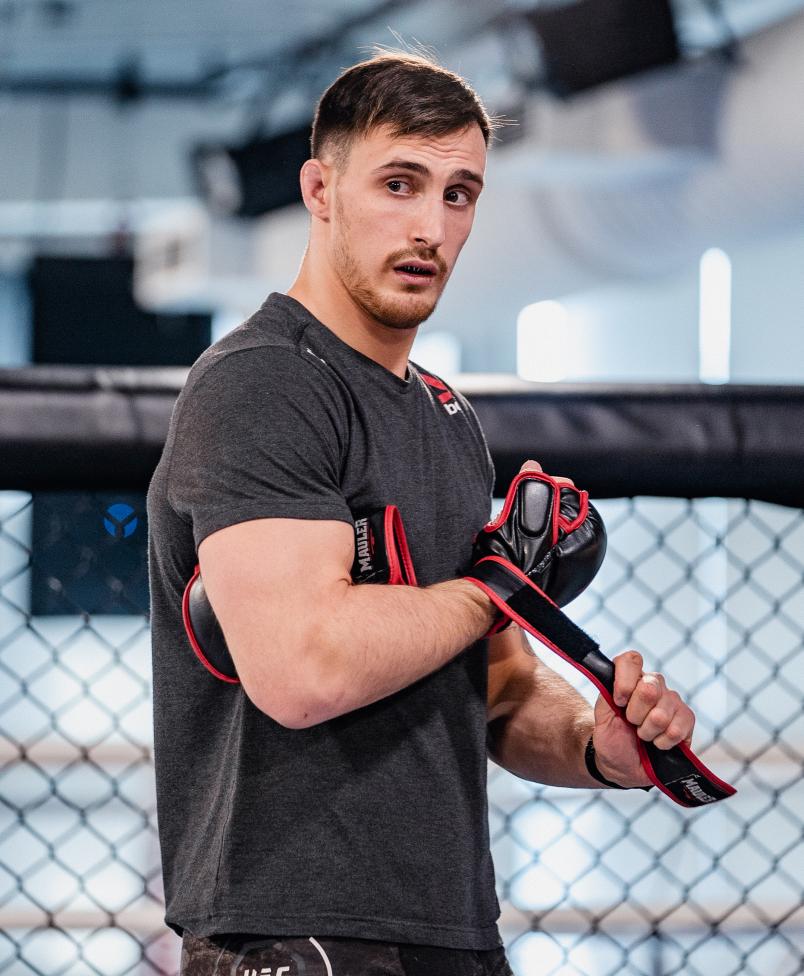 “He's actually, I guess you could say, one of my role models, a guy that I look up to,” Bukauskas said of his opponent. “A tradition me and my dad have is that we always sit down and watch The Ultimate Fighter together, and I remember watching him (Rountree) on The Ultimate Fighter as I was trying to work my way up the ladder. I was always very intrigued by him and seeing the way he got through certain hurdles in his career and stuff like that. I've always looked up to him, so it's almost a case of idols becoming rivals in that sense.”

Ironically, on the night Rountree lost his UFC debut to Andrew Sanchez in the TUF 23 Finale on July 8, 2016, Bukauskas lost his Cage Warriors debut in London against John Redmond. It was the second loss in a row for “The Baltic Gladiator,” and with his record sitting at 4-2, he needed to make some changes. Nearly two years would pass until he returned to active duty, and when he did, he began a six-fight winning streak that landed him in the UFC in 2020. Rountree has had his own ups and downs over the years, but he’s still standing, proving that while talent is nice for all fighters, being able to use the mental game to get through those tough days is even more important at the elite level. And Bukauskas knows it.

“It's a massive thing,” he said. “Before the fight they say it's 80% physical and 20% mental. And then when you get to the fight, it's literally 90% mental and 10% physical and I couldn't agree more. Some guys can go to the gym and smash everyone, but when it comes to the fight, they can't perform, or they shy away under the lights and the pressure, or they get too scared. At the end of the day, where it's important is under those lights. That's when it really matters. So if you've got a clear mind and you're focusing on your goal, and literally living it and breathing it, that's when you're going to perform at your best.”

Bukauskas was spot on in his Octagon debut last summer, as he delivered a first-round TKO win over Andreas Michailidis that earned him a Performance of the Night bonus. Things weren’t so pleasant the second time around as he was halted in a single round by fellow light heavyweight prospect Jimmy Crute last October, but in his most recent bout at UFC 260 in March, he showed more than a few glimpses of what he brings to the division during a three-round battle with Michal Oleksiejczuk. The only bad part was when the judges’ scores were read and he came up on the short end on two of the official cards. 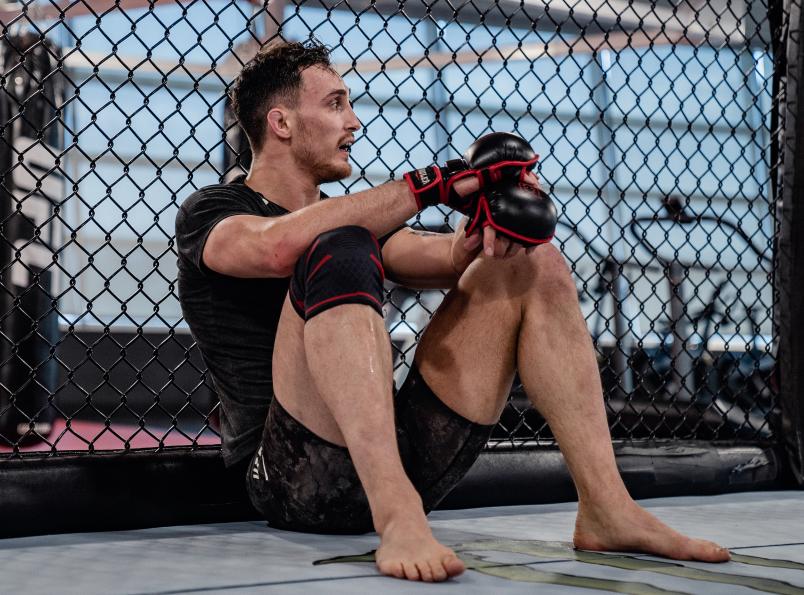 “As the decision got announced that he had won and I tried to let things settle in, it obviously wasn't a good time, but as soon as I headed back to the hotel, the sting of defeat really hurts, especially when you put everything into it and you felt you really did enough,” Bukauskas said. “In that fight, you see way more moments of what I'm capable of and what I'm doing and what I've been practicing and stuff like that, so I was very happy that I was finally able to let those things out. I took a lot of positives from it and I made the appropriate adjustments, and these are the adjustments that are gonna bring me towards the championship level. Had I won that fight, I wouldn't have made those particular changes.

It's a classy response to a decision that 17 of 18 media members polled for MMADecisions.com saw for Bukauskas, but the Londoner has always been a glass full kind of guy, and that’s to be respected, because having that mindset is not easy in the fight game.

“It's all about life experience,” he explains. “I've been through a lot of really s**t times, times that would bring any man to their knees. There have been many times where I've been in my room, completely distraught, crying and trying to figure out what the hell I'm gonna do from here and stuff like that. Obviously, in previous times in my career, the storybook type of career that you always wanted isn't turning out the way that you wanted, but I remember Joe Rogan saying something on his podcast, which was, be the hero of your own story. Even in general, anytime I've been happy and in a good mood, I've always done much better. Life experience has taught me that just being yourself and being a positive person, that's always gotten me through tough times.”

Bukauskas is in a good mood right about now. That spells trouble for Khalil Rountree Jr. on Saturday afternoon.

“We've got a very talent-stacked division, but if you want to go and get to that gold or you want to do certain things, you gotta be able to go out and compete and beat all of them,” he said. “So, I need to go out here and put on the performance of my life. I need to literally put everything out there. I'm not here just to be a UFC fighter; I'm here to stay, I'm here to make a statement. I haven't been able to do so previously, but I'm looking forward to changing that now.”