Jack Shore believes his spot in the UFC bantamweight rankings is closer than most people think.

“I think I’m pushing onwards,” Shore said in an interview with UFC.com. “I’m 3-0 in the UFC now and a win on Saturday will put me up 4-0. I don’t think I’m a million miles away from that ranking spot to be honest. I’ve had a late opponent replacement, so maybe I’ll need one more after this, but it would be great to test my myself against those guys. I would be very confident in doing so.”

The 26-year-old from Wales steps into the Octagon with a perfect 14-0 record, only going to the judges’ scorecards twice in his career. In April against Hunter Azure, for the first time since 2018, Shore’s victory came by decision, and he was reminded how much he didn’t like his fate in the hands of the judges. Looking back, he gained strength from that win.

“I’ve always wanted to test myself against someone that is a high-level American wrestler, so to not get taken down and take (Azure) down six or seven times it felt good, and it instilled a lot of confidence in my wrestling,” Shore said. “If I go against these wrestlers, they’re going to know that I can put them on their back, as well.”

"I don't think I'm a million miles away from that ranking spot to be honest."@JackShoreMMA tells us where he thinks he is at in his @UFC career and discusses fighting Liudvik Sholinian on short notice at #UFCVegas36 🔊⬆️ pic.twitter.com/02OQcAS1FB

Shore is confident he’ll be able to showcase these skills again this weekend against Liudvik Sholinian, a recent TUF alum. Sholinian, who will be making his UFC debut, holds a record of 9-2-1 after falling to bantamweight Ricky Turcios in the show’s semifinals.

“He’s a scrappy guy,” Shore said. “He probably isn’t the most technical striker in the world, but he likes to brawl to get his wrestling game going and I think wrestling is his bread and butter. That’s where he shines. He likes to get guys down and grind them out. He is a dangerous opponent, but I think as long as I keep it technical and enforce my game plan that my coaches want me to do, I think we’ll be fine on Saturday night.”

RELATED: Fighters On The Rise | UFC Fight Night: Brunson vs Till

Wherever the fight goes, Shore is prepared. 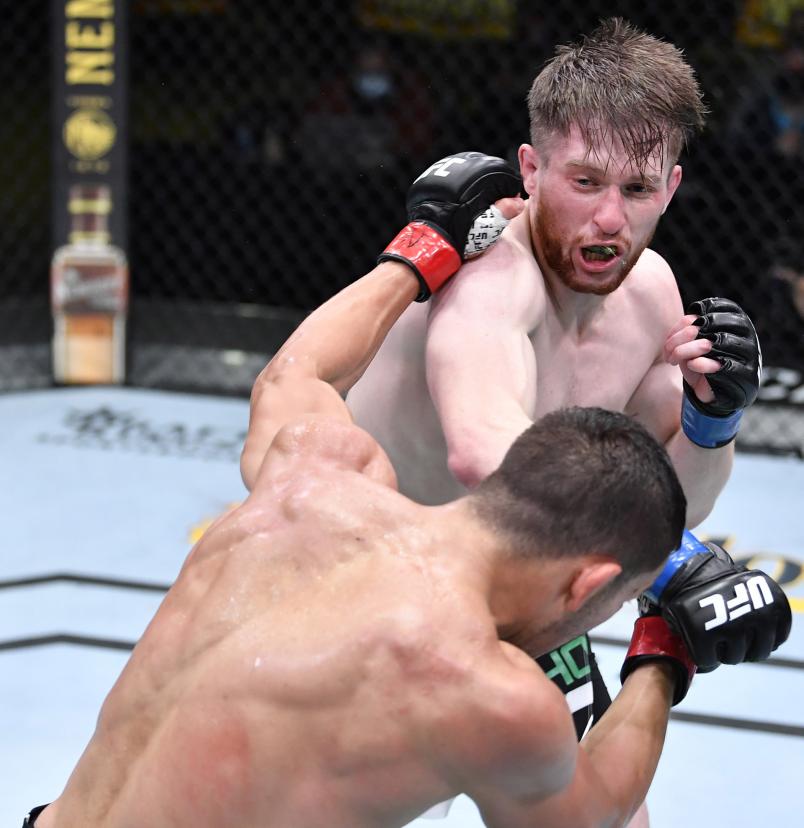 Dubbed the “Tank”, Shore is a man known for his finishes. He has recorded four wins by knockout and eight by submission, in addition to six first-round finishes. He is eager to get back to winning fights in that fashion, but also knows that it comes with patience.

Like many, the Welsh standout isn’t worried about what his record reads. He’s taking it one fight at time to make his way to the top.

“The undefeated record doesn’t bring any added pressure,” Shore said. “I’ve lost boxing fights, jiu-jitsu fights so I know how it feels to lose. I don’t even think about my undefeated record anymore, to be honest. I’m at the top level in this sport and I’ll stay undefeated for as long as I can.” 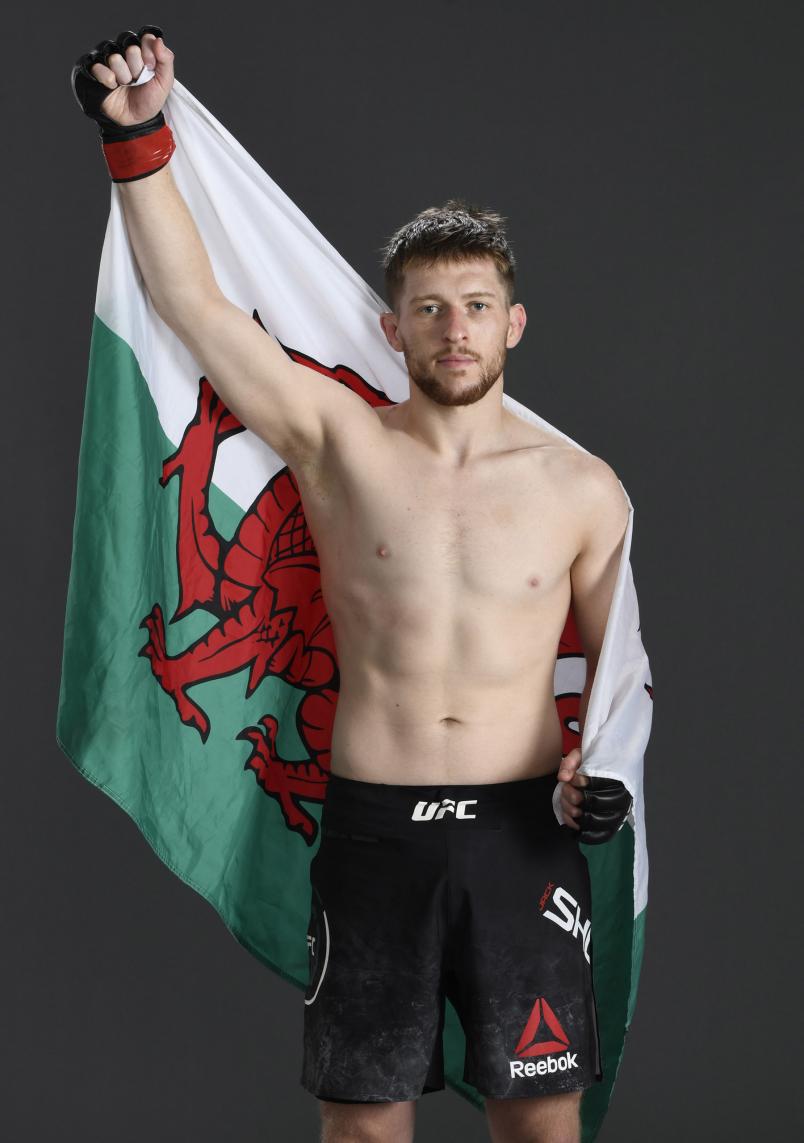 Jack Shore of Wales poses for a portrait after his victory during the UFC Fight Night event inside Flash Forum on UFC Fight Island on July 16, 2020 in Yas Island, Abu Dhabi, United Arab Emirates. (Photo by Mike Roach/Zuffa LLC)

His next chance to extend his record comes on Saturday at UFC Fight Night: Brunson vs Till. The bantamweight division is known as the deepest and most competitive in the UFC and with that comes a statement to be made.

“I think a win, especially a dominant win, shows the guys at the top of the division that I’m here and I mean business,” Shore said. “If I go 4-0 in the UFC, that’s four wins against world-class opponents. I think they all know I’m the real deal, and a good performance Saturday will just reinforce that point. It’ll be great to share the cage with those top dogs.”