Use Significant Stats To Preview Some Of The Top Match-Ups On FC 266: Volkanovski vs Ortega
By ZAC PACLEB ON TWITTER @ZACPACLEB • Sep. 23, 2021

(All stats according to UFC’s Record Book and Fight Metric as of September 22, 2021, and only include active athletes in their respective division unless noted otherwise)

What It Means: “The Great” is an all-around beast of a featherweight. His cardio is excellent, allowing him to pressure and set the pace of a fight for all five rounds, and he’s a tactical ace. On the feet, he is patient and powerful whether he’s on the backfoot or pressing the action. Despite his 5-foot-6 frame, he has a 71-inch reach that allows him to still manage distance and engage on his terms. He also has solid grappling, displaying strong top control with a good ground-and-pound game.

What It Means: Although Ortega’s jiu jitsu game is (justifiably) the first thing people think of when considering the dangers he presents, his striking is perhaps just as lethal, if not as polished. He possesses slick boxing and a wicked sense of when to switch to an elbow either off a spin or when entering the pocket. He’ll throw kicks occasionally, but he mainly likes to throw his hands. In his recent fight against Chan Sung Jung, Ortega mixed in some wrestling to set up strikes as well, showing some nice development in his game that is already top-notch. Of course, if the fight hits the mat and he finds his window of opportunity to lock up a submission, it’s a wrap.

MORE UFC 266: Fight By Fight Preview | Fighters On The Rise

What to Look For in the Fight: Because Volkanovski and former champion Max Holloway are so well matched across the board, it’s easy to forget the ways in which Volkanovski excels – pace, cardio and fight IQ. In Ortega’s best moments, he can pick his moments and throw impactful shots like he did against The Korean Zombie. However, Volkanovski fights well when he turns up the volume and throws a flurry of problems at his opponent to solve. Often, it overloads them with information, and that’s when Volkanovski can discover his avenue for victory. How the range and pace of the fight goes will bear fruit, especially past the third round. Volkanovski does have a good grappling game, but it’s almost tempting fate going to the mat with Ortega, who will take a chance to jump into a guillotine with vicious enthusiasm.

RELATED: Look Back At Shevchenko's Run Of Dominance

What It Means: You’d be hard-pressed to find a more complete mixed martial artist on the roster than Valentina Shevchenko. Everything she does is technically perfect, and she can often beat her opponents at their own game. Her counterstrikes come jarringly quick, and she can regularly string together a long combination off the counter. Her spinning back kick to the body is one of her best counterstrikes. In clinches, she is physically strong and uses that strength to complete a multitude of tosses and trips to get the fight to the ground.

What It Means: “Lucky” is a gritty, durable fighter who thrives in grimy fights where her opponents wilt. Physically, she is very strong and uses that strength to hold her opponents against the fence when clinched up. Her striking has improved greatly since moving back to Houston to work with Bob Perez, and that helps combine for an in-your-face style that suits her well.

What to Look For in the Fight: Shevchenko hasn’t seen much adversity in her time as the flyweight champion, and in this matchup with Murphy, her speed is probably her biggest advantage. It plays well into her countering game, so Murphy will likely need to walk through some shots with long combinations. Murphy might be able to match Shevchenko’s physical strength, so the clinch situations could also open some windows for success, particularly against the fence. However, Shevchenko shows such a general command of each fight that each matchup seems to depend more on how she decides to approach things. 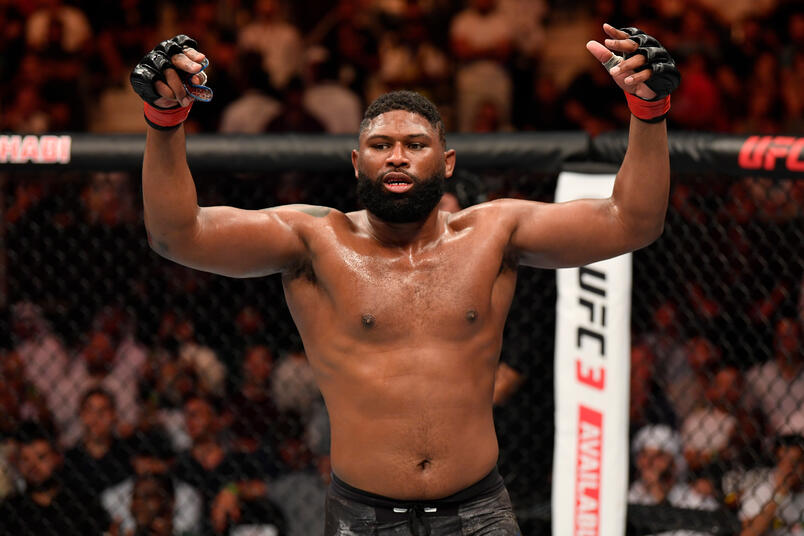 What It Means: There aren’t any qualms about what Blaydes’ game plan is each time he fights. He wants to get his hands on his opponent, drag them to the ground and dish out vicious ground-and-pound. An argument could be made that he is the best ground-and-pound artist on the roster. But during his time in the UFC, his standup striking has improved as well. He has sharp, powerful hands, and he utilizes the threat of his wrestling to draw out some openings to land big punches. 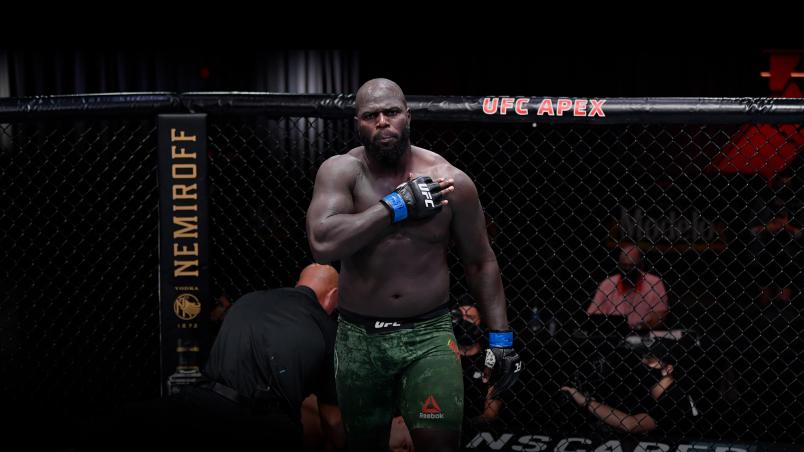 Jairzinho Rozenstruik of Suriname reacts after his knockout victory over Junior Dos Santos of Brazil in their heavyweight bout during the UFC 252 event at UFC APEX on August 15, 2020 in Las Vegas, Nevada. (Photo by Jeff Bottari/Zuffa LLC)

What It Means: “Bigi Boy” is a knockout artist who wholly believes in his ability to end a fight at any moment. Sometimes, that creates long pockets of inactivity as he waits for the perfect shot, but when he lets his weapons go, they flow beautifully. He is physically very strong and has been able to fend off takedowns, but even if he is taken down and controlled for long stretches, his knockout power carries deep into fights. He likes to string together low kicks in the middle of his combinations as well, which gives opponents plenty to think about.

What to Look For in the Fight: Blaydes will likely press forward and patiently make his way to Rozenstruik's legs to take him down. He won't shoot recklessly, especially after his last fight against Derrick Lewis. Instead, watch for him to feint takedowns and throw compact punches. On the other hand, Rozenstruik has been comfortable fighting off the back foot and countering with combinations. He likes to throw a check hook to set up a massive right hand, but he rarely swings wild. Whether he goes for uppercuts a la Lewis to catch Blaydes is something to watch. Rozenstruik does like to throw low kicks and string together combinations off those kicks as well, but whether he feels comfortable doing so with the threat of Blaydes' wrestling is to be seen. 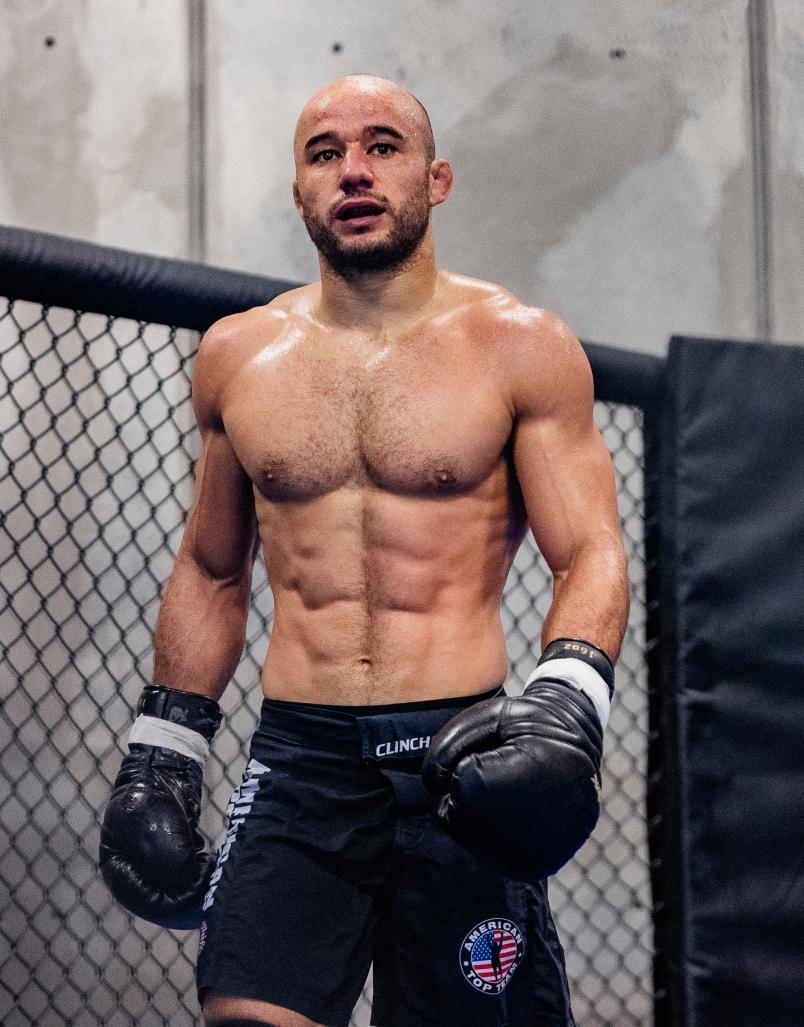 What It Means: Moraes is an explosive striker with vicious submissions. Essentially, he’s a finisher, and a lethal one at that. On the feet, his switch kick to the body and head is lightning quick and powerful, and his hands pack punishment as well. His boxing combinations usually favor hooks and uppercuts, and early in fights, he is particularly dangerous. 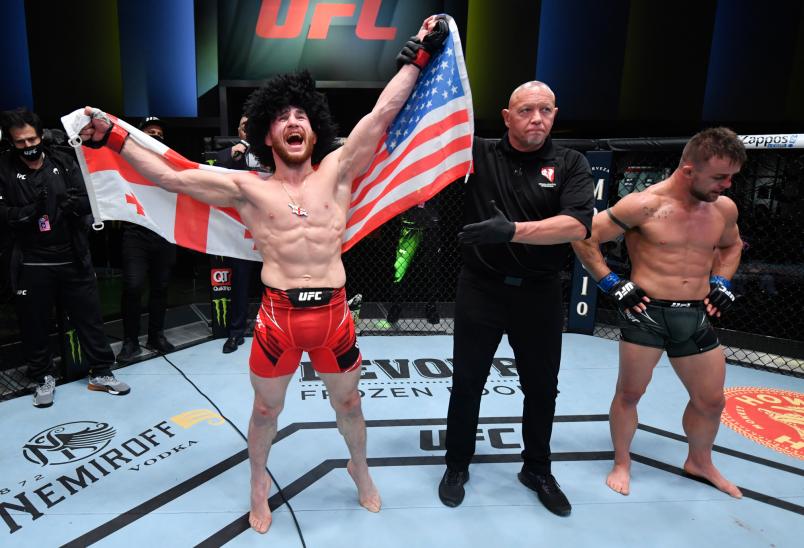 Merab Dvalishvili of Georgia reacts after his victory over Cody Stamann in a bantamweight bout during the UFC Fight Night event at UFC APEX on May 01, 2021 in Las Vegas, Nevada. (Photo by Jeff Bottari/Zuffa LLC)

What It Means: Green is a twitchy, tricky striker with a well-rounded game. For the most part, he likes to use his hands and box his way into range. He likes to chat a bit in the fight but, for the most part, he remains defensively sound. His jab is pretty slick, and he throws it from a variety of angles.

What to Look For in the Fight: This should be a fun standup fight, and Fiziev should be able to manage the distance more with his kicking game, but if Green can establish his own jab, he could find plenty of success.