Curtis Blaydes Gets His Chance At A 'Redo'

Hoping To Bounce Back, Curtis Blaydes Is Excited To Make Up For His Past Mistakes At UFC 266
By Zac Pacleb, on Twitter @ZacPacleb • Sep. 21, 2021

Curtis Blaydes never wants to win a Fight of the Night bonus. Performance of the Night is fine with him, which he earned when he knocked out Allistair Overeem with some vicious ground-and-pound at UFC 225 and is indicative of the kind of fights Blaydes prefers.

"I try my best to avoid scraps, those knock down, rock ‘em sock ‘em (fights),” Blaydes told UFC.com. “I don’t like those. (Fight of the Night) means you had a war, and at heavyweight, that could take a year off your career, so I think wrestling, putting guys on their butts and not absorbing a lot of shots plays into my longevity.”

Longevity almost always comes up in discussions around Blaydes, probably just after a mention of his wrestling abilities. And at 30 years old, he’s definitely on the younger side of the heavyweight elite with wins over Mark Hunt, Junior Dos Santos and Alexander Volkov already to his name.

For the last few years, Blaydes has floated around the title picture, buzzing around with various levels of patience and remaining active while Daniel Cormier and Stipe Miocic had their three-year, three-fight saga of a trilogy. But because of Blaydes’ resume, it seems like he’s just a pair of big wins away from earning a shot at the title, which is pretty much the case when he fights Jairzinho Rozenstruik at UFC 266: Volkanovski vs Ortega. 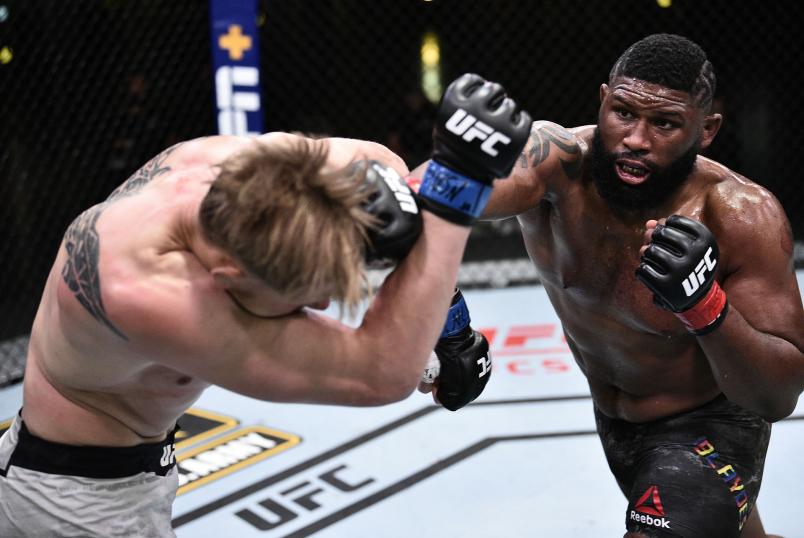 He was among the happiest about the Miocic-Cormier trilogy coming to an end just so the division could get moving again, but with current champion Francis Ngannou and interim champion Ciryl Gane lined up for a unification bout, it begs the question once again: how does Blaydes feel about the top of the division right now?

“I feel like I give you the answer every time,” he said. “I don’t know. It’s impossible to predict because now we’ve got the wild card of Jon Jones. He’s hanging out there on the sidelines ready to jump in whenever. Don’t know. Can’t predict that. And then we got Stipe, who I believe has the most legitimate claim to a title shot. Not to knock Gane. He won against Derrick Lewis fair and square. Great fight. Put him away. But, to me, Stipe is the G.O.A.T. of the heavyweight division, and he’s a fight that – I would like him to get the belt back and then maybe fight him because if you beat him, that puts you down in that G.O.A.T. conversation, especially at heavyweight.”

Before Blaydes can give Miocic a shout, he has to take care of business against Suriname’s Rozenstruik.

“Bigi Boy” fights from a kickboxing base, which Blaydes loves facing because he feels like it leaves openings for him to implement his grappling early and often. It also just makes sense looking at the rankings and who is available, and for Blaydes, who has a wedding to plan, making some money before the holiday season is of paramount importance. 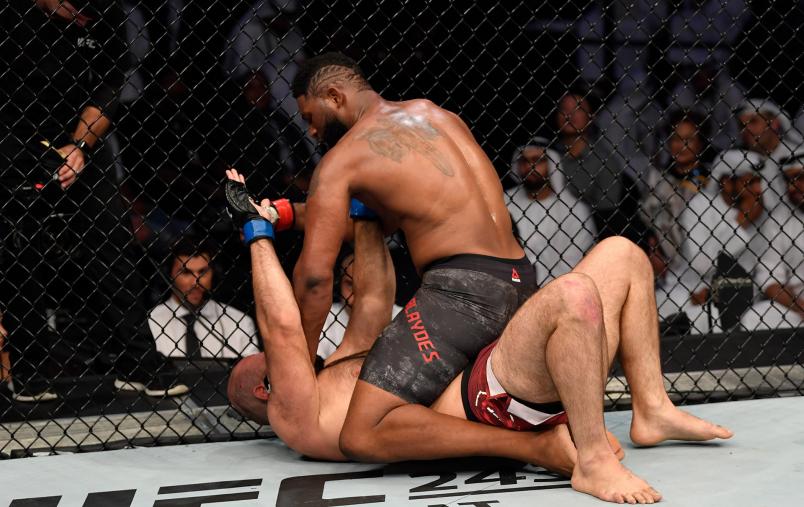 It’s also a chance for Blaydes to bounce back from a disappointing knockout loss to Lewis in February. Blaydes had a solid first round, avoiding the big knockout shots from “The Black Beast.” However, Lewis caught Blaydes in the second round with an uppercut that immediately put Blaydes out.

To his credit, Blaydes doesn’t make any excuses about the loss. He said he fell prey to Lewis’ penchant for lulling guys into a false sense of security and gave Lewis credit for being the better man on the night.

“(Lewis) did what he does,” Blaydes said. “He absorbs, absorbs, gets you to have a false sense of, ‘Oh, I got him.’ We all do it because it like, ‘Oh, I’m going to knock this guy out,’ and you kind of get out of your box or your shell, and I made a mistake. When I went for my takedown, I was right in front of him. I didn’t get off-line first, and we analyzed it. We watched the fight a few times, and we addressed it. We’ve been addressing it, and I feel like it’s not going to be an issue in the future.”

In the immediate future, he gets to show his corrections against Rozenstruik, who is coming off a first-round TKO win over Augusto Sakai in a nice return to form after a disappointing performance against Gane. 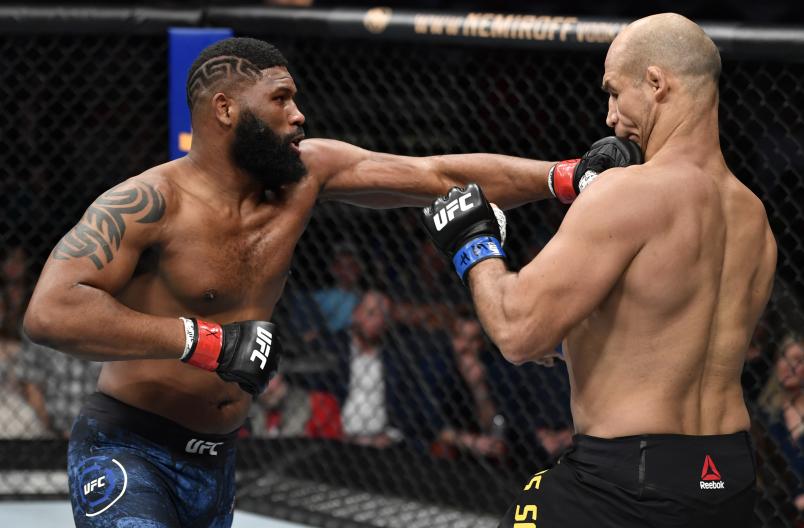 Since joining the roster in 2019, Rozenstruik shot up the rankings, and all six of his UFC wins have come via knockout. That’s music to Blaydes’ ears, though, as he views the matchup as a chance to stylistically make up for his last fight.

“To me - and this is not to knock him - he’s like an off-brand Derrick Lewis,” Blaydes said. “He’s very relaxed, very patient, doesn’t mind absorbing. Also, probably doesn’t have the best cardio, which is why that’s a part of his game plan, and he’s just looking to land that one shot. He’s not throwing combos, two, three, four, for sure not five (strikes), and he doesn’t really use the kicks. He’s not throwing head kicks. He’s just looking to counterstrike like Derrick, and I’m sure he watched my last fight, so he’s going to want to emulate that the best he can, and it’s up to me to remove the mistakes I did and to not give him the opportunity to capitalize.”

On the whole, Blaydes isn’t too vexed about his position in the rankings. He knows he has time, and if he does eventually get his shot at UFC gold, he wants to be in the best form of his career. At UFC 266, he gets his do-over and an opportunity to remind everyone that he is very much in the championship mix.