Pannie Kianzad sat in the halls of T-Mobile Arena battered, but not discouraged. She had just lost her second UFC fight, a unanimous decision defeat to Julia Avila, dropping Kianzad’s UFC record to 0-2. She arrived in Las Vegas earlier that week eager and hopeful to make good on a second shot after losing The Ultimate Fighter 29 finale to Macy Chiasson a few months prior, but, ultimately, it wasn’t to be.

Determined as ever, though, Kianzad sought out UFC matchmaker Mick Maynard to thank him for the opportunity and share with him a clear message.

“I will not disappoint you,” she told him. “I’m going to win my fights.”

In the next two years, Kianzad did just that, rattling off four consecutive wins over some of the more notable names in the bantamweight division like former title challengers Bethe Correia and Alexis Davis. Now, she’s just a few days out from the biggest fight of her career against a mainstay in the bantamweight title picture: Raquel Pennington.

For Kianzad, she sees this fight as her chance to finally establish herself among the Top 10 in the division and get some of the recognition she believes she deserves at UFC Fight Night: Smith vs Spann.

The matchup against Pennington is one Kianzad had her eyes on for a while, but it’s not one of those situations where an up-and-comer is licking their chops at the idea of a “changing of the guard” moment.

Kianzad made it clear she thinks highly of her opponent, which is why she’s interested in fighting her in the first place. 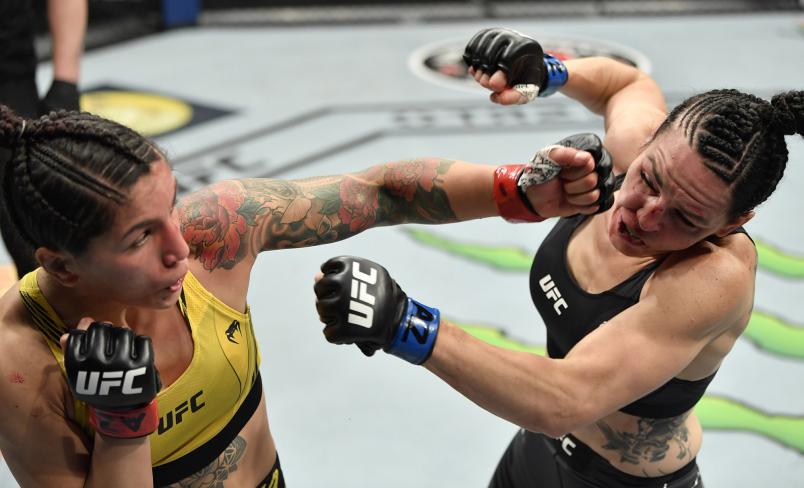 Pannie Kianzad of Iran punches Alexis Davis of Canada in their bantamweight fight during the UFC 263 event at Gila River Arena on June 12, 2021 in Glendale, Arizona. (Photo by Jeff Bottari/Zuffa LLC)

“I think she’s an amazing fighter,” Kianzad said. “I’ve been following her for a long time, and a callout is never a bad thing, especially not for me. I only call out people I want to fight because I think they’re good. I would never want to fight bad people, so it’s a compliment, I would call it. I think she’s a great fighter, and her positioning in the UFC is great, but I want that.”

That humble determination has served “Banzai” well as she carved her way up the bantamweight ladder and into the division’s rankings, and anyone who talks to her about the sport gets a quick understanding as to how devoted she is to the sport.

However, that amount of motivation is a double-edged sword. On one hand, it keeps Kianzad in the gym, where she trains until she feels like she’s about to “drop dead,” and that has yielded positive results. It also puts a lot of pressure on each fight, and when Kianzad fought Davis at UFC 263, she felt the magnitude of the occasion.

“Fighting Davis was really tough for me, mentally,” Kianzad said. “When I got in there, I felt better. I think about that fight, about what I did and what I didn’t do and stuff like that, and overall, I’m really happy. I do think I was nervous. That could’ve affected a lot of stuff, but I feel much better this time coming in.” 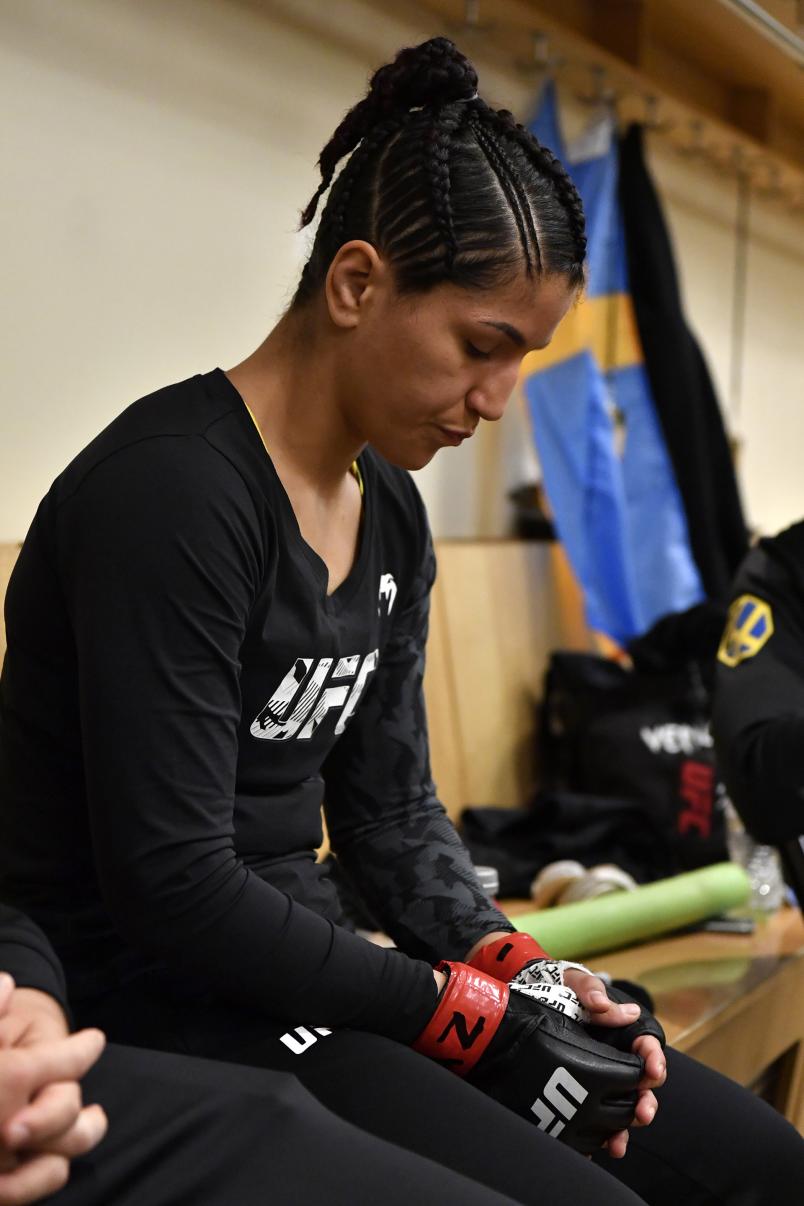 Pannie Kianzad of Iran warms up prior to her fight during the UFC 263 event at Gila River Arena on June 12, 2021 in Glendale, Arizona. (Photo by Mike Roach/Zuffa LLC)

Ultimately, Kianzad won a hard-fought decision, setting her up for this fight, and she feels much more prepared for the moment this time around.

Against Pennington, Kianzad sees a lot of similarities in their respective skill sets. They’re well-rounded, and they’re both not opposed to grinding out fights to get the win. That said, Kianzad is confident in her ability to outclass Pennington on fight night. 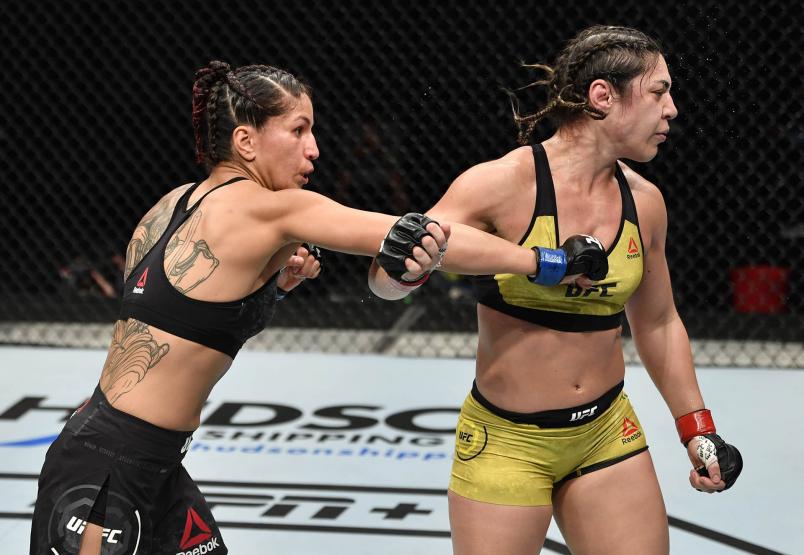 Getting it done vs Correia on Fight Island, July 26, 2020 (Photo by Jeff Bottari/Zuffa LLC)

Kianzad isn’t quite sure why she hasn’t received more buzz on her winning streak, but she also brushes that off easily. She doesn’t mind “lurking in the dark” and surprising her fellow bantamweights, but a win over Pennington unequivocally puts her on the map.

Yet, even with the pressure of the moment, Kianzad is full of joy as she approaches fight night. In her mind, September 18 is her night to show everyone her time isn’t coming — it’s now.

“I’m living my dream,” Kianzad said. “I think this is awesome. This is work, and it’s an amazing job.”