We Go Inside The Numbers Of Saturday's Las Vegas Event
By Zac Pacleb, on Twitter: @ZacPacleb • Sep. 15, 2021

(All stats according to UFC’s Record Book and Fight Metric as of September 15, 2021, and only include active athletes in their respective division unless noted otherwise)

What It Means: “Lionheart” is a fighter’s fighter. Since moving up to light heavyweight in 2018, Smith has been a terror. All six of his wins at 205 pounds have come via finish, and he’s done so in various ways. His striking is well-rounded, and he uses his lanky frame to keep opponents at bay with long punches and teep kicks. His front kicks to the body are particularly effective, and if the fight goes to the ground, his submission game is pretty slick. Smith has more than 50 professional fights to his name, and his craftiness within the margins of the fight is an indicator of that experience.

What It Means: Spann is a bulldozer of a light heavyweight. He has great physical strength, and he is explosively dangerous, especially in the early stages of a fight. On the feet, Spann stays committed to his jab, which sets up his big rear hand, and he also makes sure to establish low leg kicks as well. When he smells a finish, he pounces, and if the fight hits the mat, he has a strong and patient submission game. Because of his strength and improving technique, he is able to control his opponents in clinches along the fence, and once they break, he finds windows to hurt his foe.

What to Look For in the Fight: Although Smith is probably the better fighter technically, this could be a very even matchup across the board. Spann is probably the physically stronger and faster of the two, and his one-strike power is much more evident. That said, Smith might try to extend this fight into deep waters if he can, as Spann sometimes fades. Whoever establishes their long-range weapons first will find more success on the feet, but don’t be surprised if either man mixes in their grappling to set up strikes in this bout, as well. 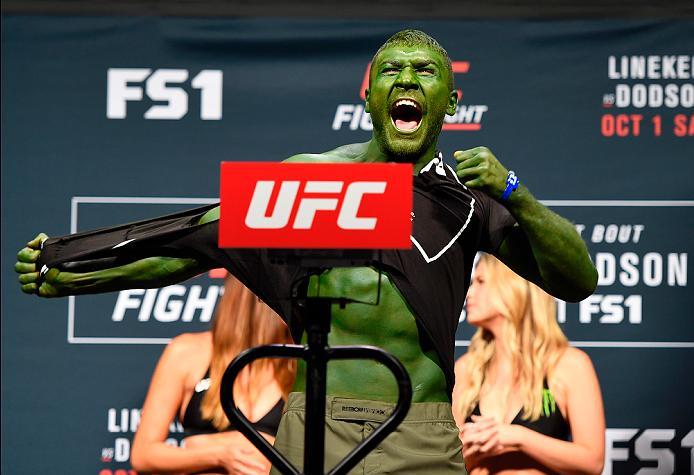 Ion Cutelaba steps onto the scale during the UFC Fight Night weigh-in at the Oregon Convention Center on September 30, 2016 in Portland, Oregon. (Photo by Josh Hedges/Zuffa LLC)

Ion Cutelaba steps onto the scale during the UFC Fight Night weigh-in at the Oregon Convention Center on September 30, 2016 in Portland, Oregon. (Photo by Josh Hedges/Zuffa LLC)

What It Means: Cutelaba is a brute force of a fighter who likes to walk forward at every moment in the fight. His grappling is strong, and he is good at maintaining control along the fence when he gets his hands on his opponent. At all times, he is an aggressor. On the feet, he likes to throw big punches and does so in flurries. When he’s at his best, he overwhelms and suffocates his opponents with his pressure. 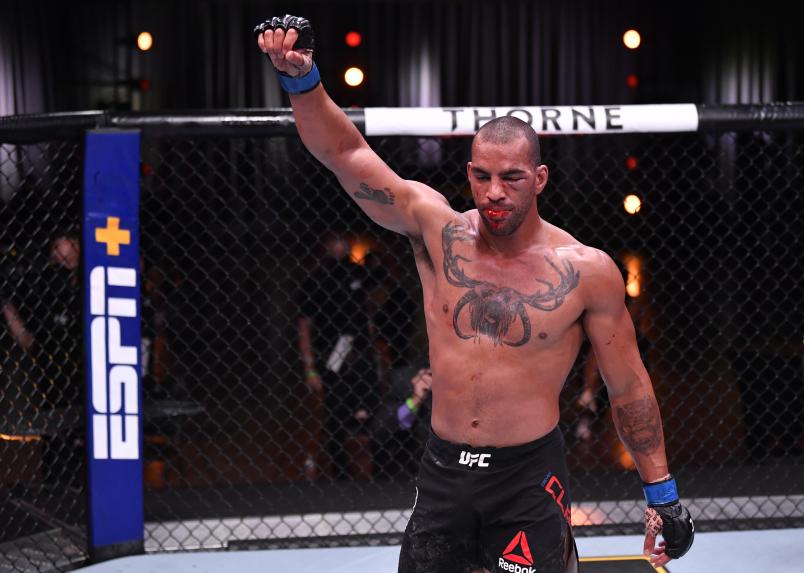 Devin Clark reacts after the conclusion of his light heavyweight bout against Alonzo Menifield during the UFC 250 event at UFC APEX on June 06, 2020 in Las Vegas, Nevada. (Photo by Jeff Bottari/Zuffa LLC)

What It Means: “Brown Bear” is a super solid, wrestling-based fighter who has improved in blending his striking into his skills, as well. He chain-wrestles well, hustling for takedowns and finishing in a controlling position once he drags his opponent to the mat. He doesn’t mind grinding for takedowns or to gain control, and he has improved the ways he lands strikes in transitions as well. He likes to throw heavy punches in flurries and isn’t opposed to throwing a head kick in there. Clark is a tough, high-paced fighter who shows good fight IQ with his ability to manage the bout and win rounds.

What to Look For in the Fight: This fight might have a fast start, especially if Cutelaba is in the mood to pressure aggressively as he normally does. That said, Clark can turn the tables and use his wrestling to stymie Cutelaba’s advances. On the ground, both are smart grapplers and particularly strong, so who can gain control in those scrambles is critical. Cutelaba is the wilder striker, but both pack plenty of power in their shots. If the fight advances past the first round, cardio becomes much more important, and Clark has shown a bit more of a gas tank than Cutelaba. 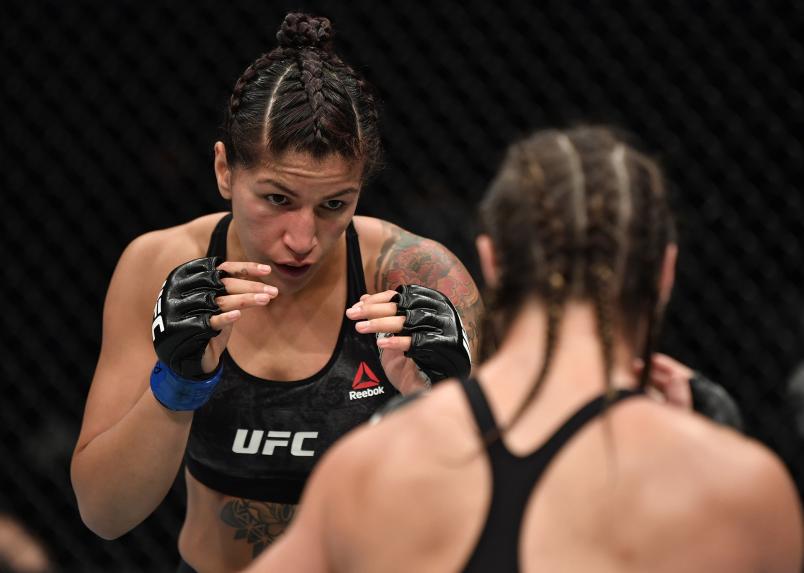 What It Means: Kianzad is a well-rounded mixed martial artist, but she has shown most of her prowess on the feet. She mixes her strikes well, and she’s willing to just bite down and trade if it is required of her. Her toughness and pace never waver, and she has shown the ability to grind fights out in clinches against the fence and with patient striking. 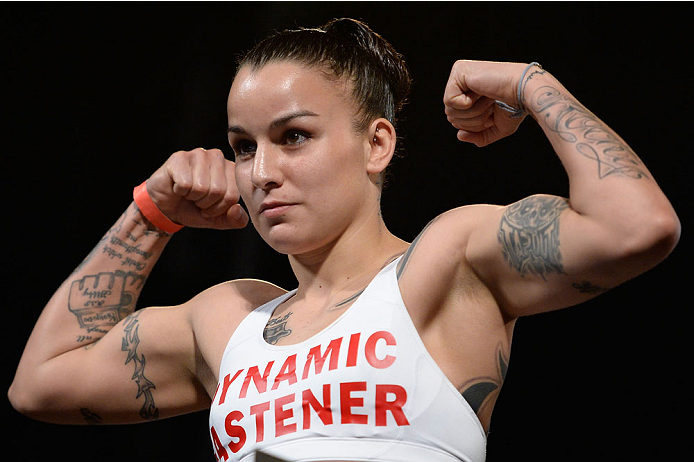 Raquel Pennington steps on the scale during the UFC 171 weigh-in event at Gilley's Dallas on March 14, 2014 in Dallas, TX (Photo by Jeff Bottari/Zuffa LLC)

What It Means:  In her long and busy career, Pennington has seen it all. She can grind fights out with the best of them, and once she figures out her avenue of highest success, she understands how to press her advantage. She is a physical, tough fighter who presents a difficult puzzle for every opponent to try to crack.

What to Look For in the Fight: This is Kianzad’s toughest test yet as she has steadily climbed the bantamweight rankings, and Pennington is hoping to build some momentum after getting her hand raised the last time out. With that in mind, this is a good matchup on all fronts. These two have well-rounded skill sets and will press their advantage wherever they find the most success. They’ll both come out aggressively, but it could be a chess match of a fight once they get a feel for one another.