Blood and sweat, sometimes tears
Battered hands, countless fears
Highest highs lowest lows
Shattered dreams, the hurt just grows
Your smile shields the pain you hide
All the while you’re dead inside
Your faith is absent, your will gives out
Now clear your mind, erase the doubt
Everything you have you gave
To feel self-worth, that’s all you crave
The world’s a stage, this is your role
You break your heart, you sell your soul
Stay the course, endure the pain
You were born to entertain

Joseph Benavidez wrote the above poem in the days following what was then the most devastating loss of his mixed martial arts career, a razor-thin split decision defeat to Demetrious Johnson at UFC 152 in September 2012.

A win would have made Benavidez the UFC’s first flyweight champion, but it was not to be. Nor would he get a title in subsequent tries at the 125-pound belt.

It was disappointing for his fans, for the fighter, and even for those in the media who put all objectivity aside and wanted to see one of the good guys of the game get his time on top. That was the kind of fighter Benavidez, who retired Wednesday at the age of 37, was. 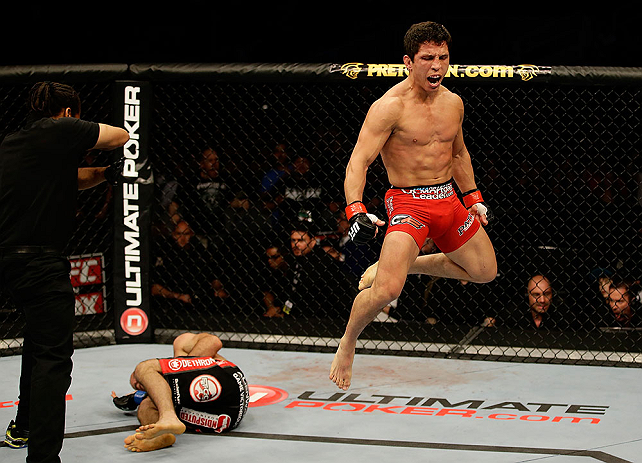 There was no question that he will be remembered as one of the best flyweight fighters of all-time, someone who scored wins over the likes of Henry Cejudo, Jussier Formiga, Alex Perez, Tim Elliott, John Moraga, Dustin Ortiz and Ian McCall, and that was just at 125 pounds. Add in his bantamweight victories over Rani Yahya, Miguel Torres, Jeff Curran and Eddie Wineland, and among lighter weight fighters, few did it better than Las Cruces’ Benavidez.

But the reason why fans and media cared about Benavidez and why his peers respected him, was that in a sport where some try to be ultra-cool and promote an attitude of indifference, Benavidez cared. It’s why he put so much into every fight and every training camp, and why he chased after champions Johnson and Deiveson Figueiredo with a single-minded intensity, even when the odds were stacked against him or the results didn’t go his way.

That’s not easy, especially when there was a six-year plus break between title fights when he was in no man’s land, too good to be dismissed, but not in a position to demand another championship opportunity after a pair of losses to Johnson. Yet he pressed on, taking on killer after killer, knowing that if his opponent won, that might be the ticket to a title fight, while a win for him would simply be another payday.

That’s not easy, and while most would brush it off publicly, Benavidez let the world in. He revealed all the emotions that went into a fight, all the while living his life and, ultimately, realizing that it wasn’t all about the destination, but the journey.

And few have had as interesting and fulfilling a journey than Benavidez, who may have times when he regrets certain fights and their results, but he shouldn’t. Perfection is boring, and sometimes titles don’t always turn out to be the be-all end-all everyone expects them to be. That doesn’t mean it doesn’t hurt, as he explained to me after the first fight with Johnson.

“My body hurt, my face got messed up, our flights got canceled,” said Benavidez. “We had to wait in the airport, and we were in San Francisco, which is an hour away from Sacramento, and we had to wait until six in the morning over there or take a rent-a-car. So it was hell. The people were being super rude to us at the airlines, and I’m just cruising around super disappointed. 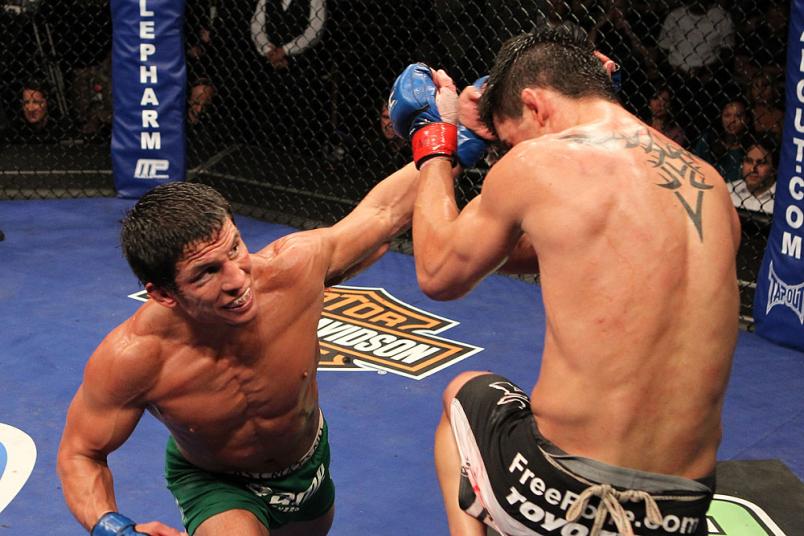 “I hadn’t seen my two brothers together in like five years,” he continued. “They were over there, a news crew was supposed to meet me if I won the belt, and none of that happened. Everything that I envisioned didn’t happen. Instead, I’m in a rent a car, our luggage is still in San Francisco, so I have no luggage, no belt, and I’m thinking to myself, this is not how I envisioned it. Looking at my mantel, I had the Polaroid picture of the belt that I was going to replace with the real one, and in my mind, that had already happened. But here I am, the fight’s over and I’m still sitting on my couch staring at just the picture. There were little things like that that were hard to bounce back from.”

Benavidez did bounce back, continuing a career that would be the envy of any pro athlete. And the beautiful part of it is that he never needed to fight, but he got to fight, and wanted to fight. That sounds like a winner to me, and that’s what he was…and still is.

So while Joseph Benavidez never got his world title belt, he still became a champion without one, and who can ask for more than that?