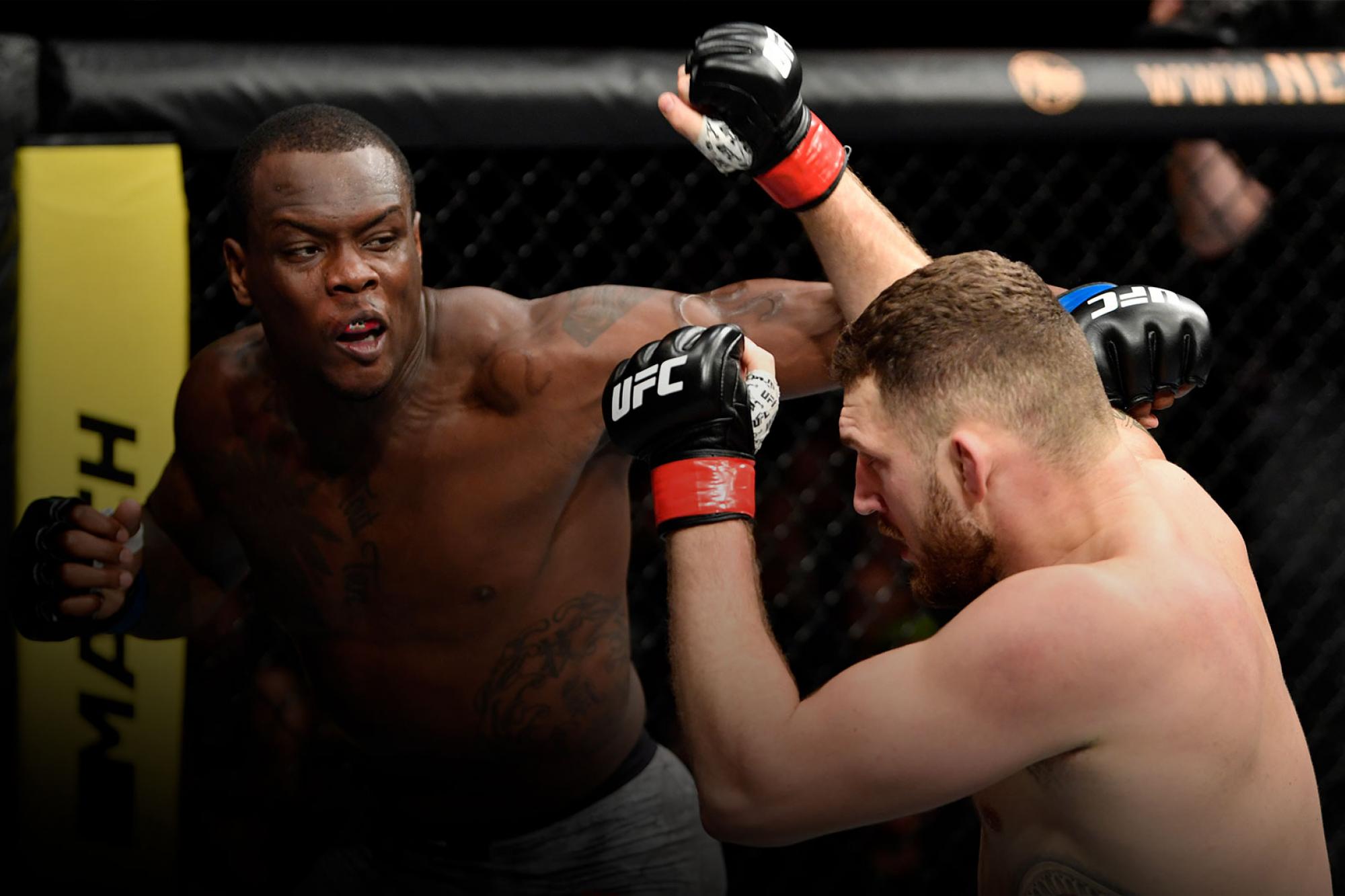 OSP Has A Chance at History on Fight Night

Ovince Saint Preux has a chance to etch his name in the UFC record books on Saturday at UFC Vegas 7
By Jon Gagnon • Aug. 21, 2020

Saint Preux referred to his lone heavyweight fight in May as a “trial type of deal.” It wasn’t a trial that necessarily failed, as Saint Preux lost by split decision to Ben Rothwell, one of the most experienced heavyweights in the world. But Saint Preux knows what weight class is best for him at this time.

“There’s a possibility of me going back (to heavyweight) if the matchup is right,” Saint Preux said. “But light heavyweight is my weight class and I love being down here.”

How could he not love it down there? Saint Preux has built quite the resume in his seven-year tenure at 205 pounds in the UFC. He’s earned seven performance bonuses, including one in each of his last four wins, he’s in the running for a couple all-time records and he took on the G.O.A.T. of the division (Jon Jones) for all five rounds in a title matchup.

Saint Preux will have a chance at making history and grabbing some of those records on Saturday, as he’s currently tied for having the most submission victories and the most stoppage wins in the division’s history.

The matchup with Menifield could prove to be stylistically advantageous for Saint Preux. So when his original opponent, Shamil Gamzatov, withdrew last week, Saint Preux didn’t flinch at accepting a short-notice challenge.

“It’s not the first time and won’t be the last,” Saint Preux said. “I think about all the time I spend training for a fight. I’ll either wait or just jump in there and I tend to do better when I just jump in there. I’m prepared for unexpected things to happen. The situations are out of your hands. All I need to know is where I need to be and who I am fighting and I’m good to go.”

Saint Preux is well aware of the dangers Menifield possesses. He had finishes in all nine of his professional fights before suffering his first loss to Devin Clark in June. But with his most notable UFC fights coming against Clark and Paul Craig, Saint Preux believes Menifield is taking a big step up.

“It’s definitely a big advantage (my experience),” said Saint Preux, who has been a staple of the light heavyweight rankings for years. “He’s taking an opportunity to step up. I’ve been around for a while, so I know what to expect. You can tell looking at him he’s really strong and durable.”

Saint Preux also believes that Menifield’s style could play to his advantage and open up a potential submission.

“Guys that brawl typically don’t know what they’re going to do,” Saint Preux said. “And I'm really good at countering, so that works out in my favor. They tend to overcommit and that puts them in trouble. I don’t care where it goes as long as it gets my hand raised at the end of the night. Wherever it can play out is good for me.”