On The Occasion Of Our 30-Year Anniversary, We're Looking Back At The Milestone Events That Saw The UFC Visiting A Country For The First Time
By Thomas Gerbasi, on Twitter: @TGerbasi • Jan. 25, 2023

Kimo Leopoldo made quite an impression in his Octagon debut against Royce Gracie back at UFC 3, but it was veteran Ken Shamrock who emerged victorious in their bout at the Ruben Rodriguez Coliseum in Bayamon, Puerto Rico, as “The World’s Most Dangerous Man” retained his UFC Superfight title with an ankle lock submission.

Giving up 65 pounds to Leopoldo, Shamrock used his superior MMA experience to take his foe down to the mat, leveling the playing field. Shamrock kept himself in the dominant top position for much of the bout, but Kimo was able to reverse things and briefly take control before Shamrock found his opening to force the tap out at the 4:24 mark.

In the night’s “David vs. Goliath” tournament, former college wrestling standout Don Frye burst onto the UFC scene with three wins to take the one-night event in impressive fashion. 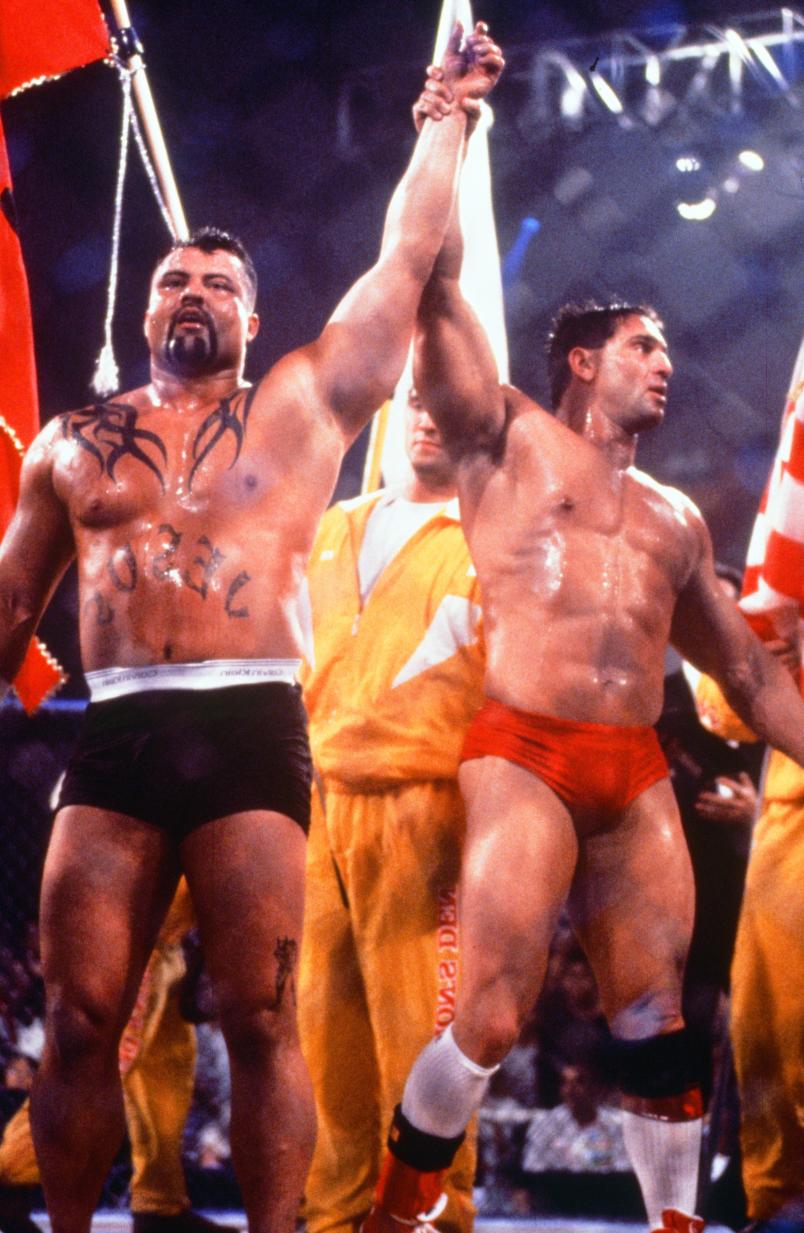 Kimo and Ken Shamrock react after their fight during the UFC 8 event at the Ruben Rodriguez Coliseum on February 16, 1996 in San Juan, Puerto Rico. (Photo by Zuffa LLC)

After a tentative start, the two engaged, with Frye and Goodridge both trading control on the feet and the mat. Frye’s superior striking accuracy and stamina eventually won out though, as he mounted an exhausted Goodridge on the mat and forced him to tap out after a series of unanswered punches to the head.

Frye had little difficulty with alternate Sam Adkins (who was replacing the injured Paul Varelans) in his semifinal bout, taking him down and finishing him with strikes in 48 seconds.

Goodridge got a lot more resistance in his bout with the much smaller rookie Jerry Bohlander, but the Canadian’s strength and power proved to be too much for the submission fighter from the Lions Den team, and he stopped him via strikes at the 5:32 mark.

“Big Daddy” Goodridge made a frightening impression on fight fans in his Octagon debut, as he took opponent Paul Herrera down immediately, locked him in a crucifix position, and proceeded to knock him out with a series of elbows. It was without question the most startling UFC debut to date. 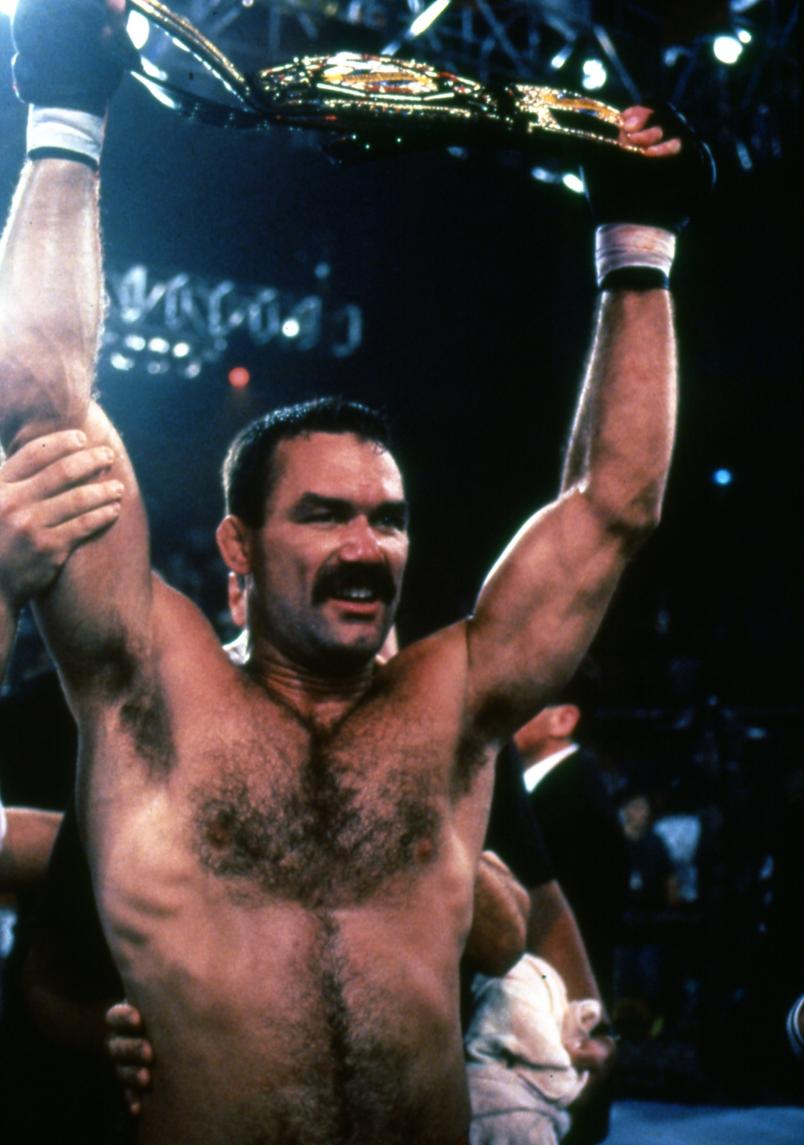 The 21 year old Bohlander didn’t get any favors in his first tournament draw against 330-pound Scott Ferrozzo, but after surviving a series of hellacious throws to the mat, he was able to cut “The Pit Bull” and eventually submit him with a choke at 9:05 of the fight.

6-foot-8 Paul Varelans was expected to roll over newcomer Joe Moreira in their bout, but instead he was forced the ten minute distance before being awarded a unanimous decision victory in a less than scintillating contest.

The only local Puerto Rican fighter on the card, 410-pound Thomas Ramirez, was advertised as being 200-0. Frye made that 200-1 with an eight second knockout that stood until 2009 as the fastest in UFC history.