Jessica Andrade will celebrate her 30th birthday on Saturday doing what she does best: fighting. She also hopes to work in some Cheesecake Factory before the evening is over, but winning her 31st professional bout against Cynthia Calvillo is all she really wants.

“I always fight in September, but this time it'll be exactly on my birthday,” she told UFC Brazil. “Maybe I can have a win as a gift.”

Being gifted with wins is not something she has ever had to rely on. With 21 victories spanning three weight classes--including a stint as UFC strawweight champion--“Bate Estaca” has proven to be a devastating challenge for opponents time and time again. With an explosiveness and power that belies her compact 5’ 1 ½” frame, she holds a multitude of notable stats in the UFC women’s record books, including most strawweight knockouts, most strawweight strikes landed per minute and her favorite: most post-fight bonuses.

Saturday, she makes her third appearance at flyweight, a division where she sits currently at 1-1. She got off to a flying start at 125 pounds when she stopped Katlyn Chookagian in less than a round last October. In her UFC 261 title shot, however, she came up short—as so many have—against reigning champion Valentina Shevchenko.

“Valentina surprised me,” she admits. “I wasn't expecting the fight to go as it did. I trained a lot of striking for that fight and I was very confident in my takedown defense and my grappling, so I never imagined she would try to take me down and grapple. I think when she took me down for the first time, my mind went blank. I don't know what happened. I really wasn't expecting it. I trained a lot of striking and footwork to fight a southpaw, and I never imagined she would be able to take me down. But it was a lesson. In MMA, you can't leave any martial art aside, because unfortunately things like this can happen. If I have the opportunity to fight her again one day, I'll be way more aware of all the details.”

Some of those details—and some wholesale changes—have come to light with her and her team’s relocation to Las Vegas. It was a surprising move for a fighter synonymous with her native Brazil, but thus far the move to Sin City has treated her well.

"Living in Vegas has been great. To be able to have all of the UFC's infrastructure right outside of my home is huge for me. Now my coach (Gilliard 'Parana') and some of my teammates are here as well. Our team has been growing in Vegas and I'm very happy about it. I've been adapting well, and if you train here in Vegas, you're able to fight anywhere in the world, because the weather is so rough. But thank God it's been great so far and I'm sure I've been evolving a lot.”

Part of that evolution has included the chance to compete in non-MMA tournaments between fights; a chance to keep those tools razor-sharp.

"I've always enjoyed competing in jiu-jitsu and grappling, and there are a lot of events here in the United States. Master Parana is always encouraging us to stay active, and I've always enjoyed winning medals. Actually, he's already booking a tournament for me after my next fight, now to compete in Masters since I'm turning 30. I don't think I'll ever stop competing in jiu-jitsu and grappling, even after I retire from MMA" 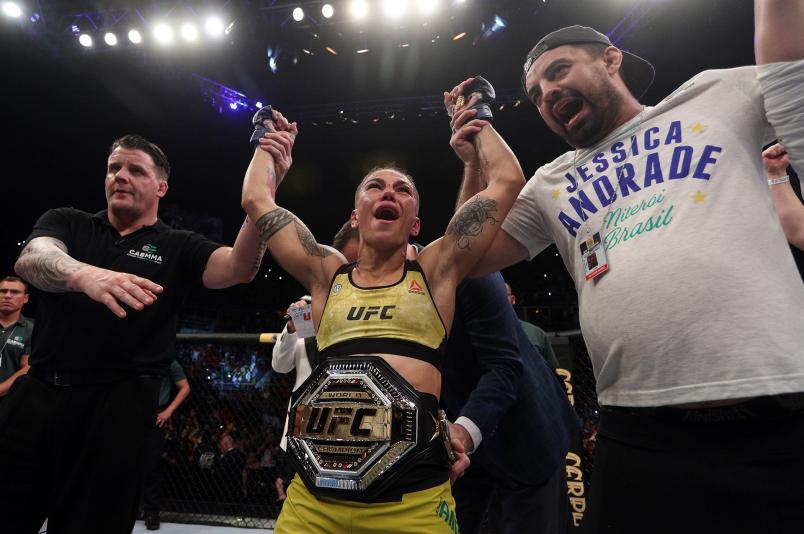 Thankfully, her retirement is far, far away, and we have plenty of Andrade’s specific brand of brutality to look forward to, starting the Saturday with Calvillo.

"I'm really looking forward to fighting Cynthia. We met attending Invicta once and she asked for a picture with me. After we took a regular one, she asked for a faceoff picture. Master Parana was already telling my manager to ask for a fight with her since we were both at 125. My manager wasn't very sold on it, he said she was injured or something. Less than three days later she posted the picture tagging Sean Shelby and asking for the fight. It was fun.

“I respect Cynthia a lot, she has very good wrestling and I have to be very careful about it, especially after my fight with Valentina and with everybody thinking my takedown defense and jiu-jitsu have gotten worse. And I've been training a lot of boxing, so when you watch the fight, prepare to see a more accurate version of Jessica, with better timing on striking. I feel very well prepared for this fight with Cynthia.” 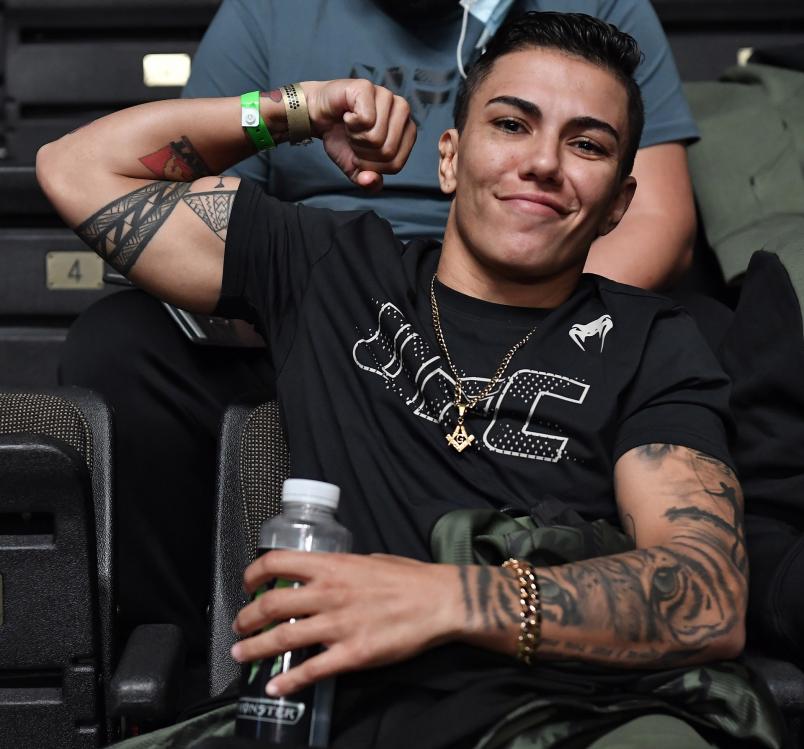 Both Calvillo and Andrade will be carefully eyeing the champion fighting just a few slots above them on the main card, plotting their respective paths to a title shot.

And where does that leave Andrade if she makes it to Cheesecake Factory Saturday night with a win?

“I think that if I beat Cynthia in a shocking way, maybe one or two more wins against the next ones in line will give me the chance of a rematch. I think that this path may eventually lead me to Jennifer Maia, because she's also been looking for another title shot. I believe if I get a good win over Cynthia, the UFC will put another girl who's close to a title shot in my way, and the winner gets to face Valentina. But who knows? Maybe if I win this fight and ask to come back to 115, the UFC may give me the winner of Rose vs Zhang. I think it would be a fun trilogy against Rose or a fun rematch against Weili. Those are also interesting fights.” 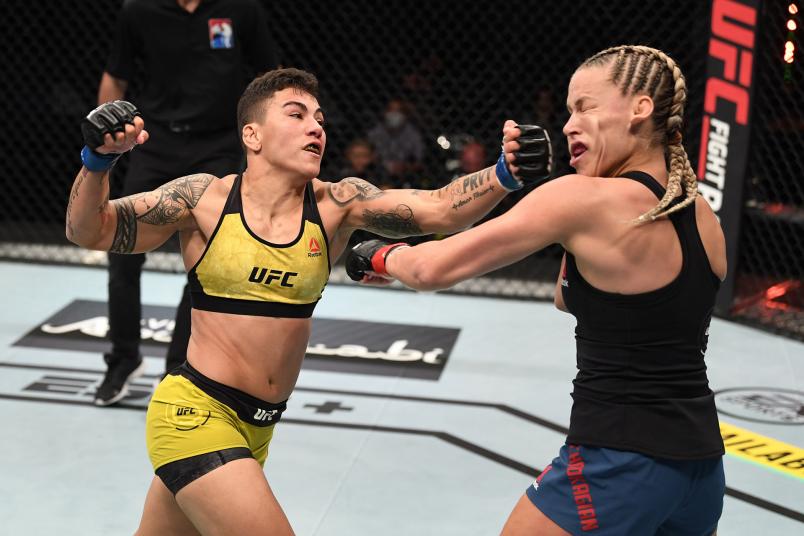 Interesting indeed. Despite starting her UFC career at bantamweight before having measurable success at strawweight and now flyweight, Andrade doesn’t necessarily feel moored to any one division. Instead, she sees the numerous opportunities potentially available.

"I have a goal to fight for that title again. I think it would be interesting to fight five rounds with Rose or to have another chance against Weili, because I wasn't able to show much against her the first time. Fighting any of them would be very good."