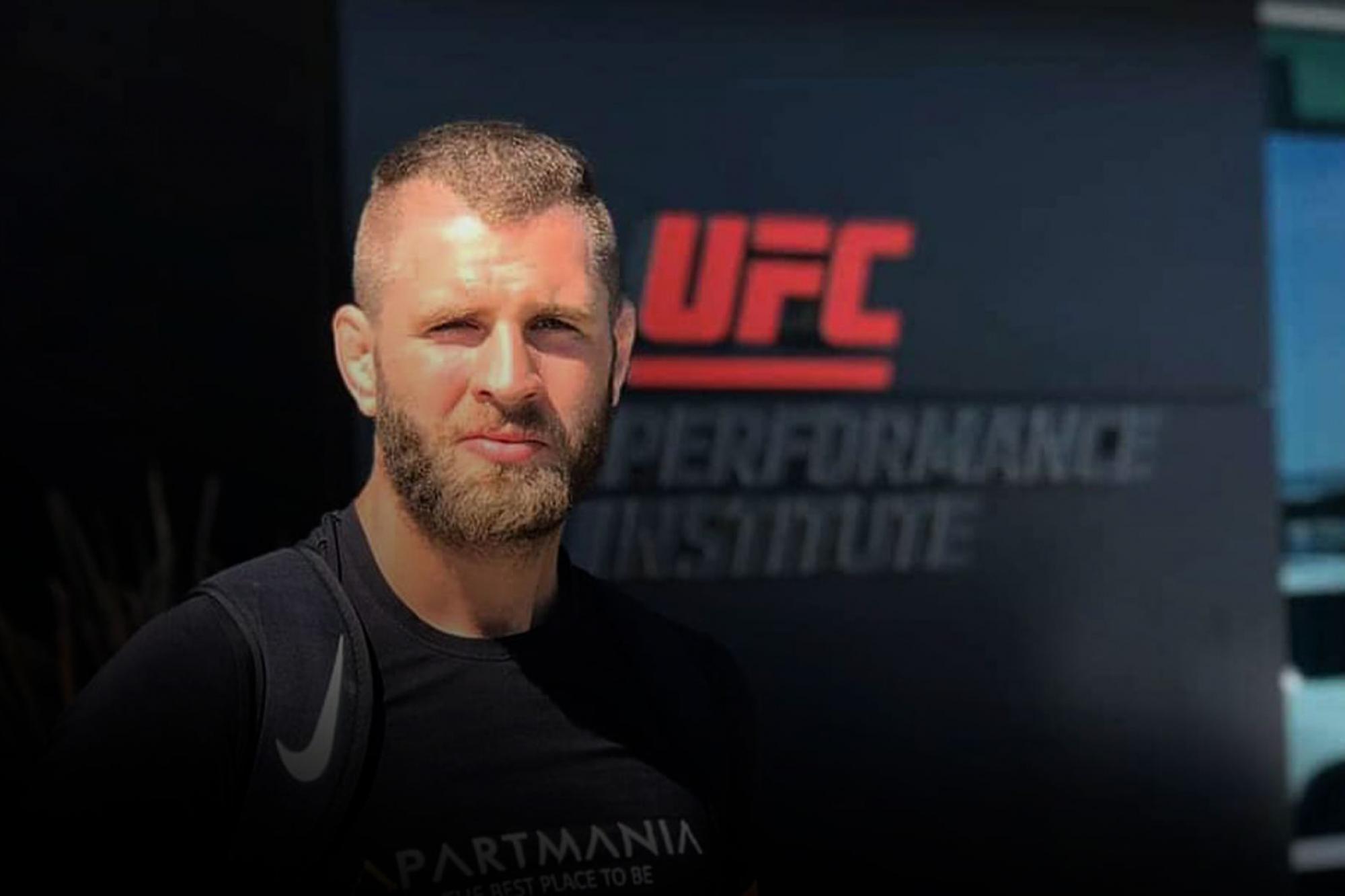 Business As Usual For Jiri Prochazka

It's a big stage that's set for UFC debutant, Jiri Prochazka, but the newcomer is treating everything like business as usual ahead of UFC 251
By Zac Pacleb, on Twitter: @ZacPacleb • Jul. 7, 2020

While the most traditional development track for a prospect often includes a low stakes first bout against someone without much name recognition, that’s the furthest thing from Jiri Prochazka’s case. The former RIZIN light heavyweight champion is not only competing in the featured prelim on UFC 251, which takes place on the increasingly mythical Fight Island, but he’s also facing former title challenger Volkan Oezdemir.

To Prochazka, though, it just feels like business as usual.

“I don’t want to do something more for this fight,” he told UFC.com. “For me, it is very important, but every fight is a big moment for me. Every fight is important.”

If that response seems tame considering Oezdemir’s penchant for finishing fights (12 knockouts, one submission), it makes more sense when looking at Prochazka’s own record. Of his 26 wins, 23 have come by knockout, two by submission, and more than half those finishes came inside the first round. On top of that, he hasn’t lost since the end of 2015.

In Prochazka’s eyes, Oezdemir is less of an intimidating challenge but rather an immediate barometer and proof the UFC wants to see whether the Czech Republic native is a real contender.

“I think the UFC, a little bit, wants to prove how good I am and if I’m ready for this fighting level,” Prochazka said. “I think Volkan is a very good opponent, and this is a good chance for me to show I’m on this level. I want to show that I have the power and fight IQ to be the best.”

The 27-year-old said the coronavirus lockdown in the Czech Republic allowed him to get to know his body better and how to use it to generate even more power, and he also had time to dive deeper into martial arts, something he wants to “know everything” about. From breathing to channeling his aggression, Prochazka is interested in all aspects of it.

His combat sports journey started in school, as karate, judo and wrestling classes introduced him to the different disciplines out there. He moved on to Thai boxing after high school because he “needed something more aggressive.”

After a couple years doing that, he began training mixed martial arts and started his march toward the UFC. Whereas some friends or family might scoff or feel weary of a fighter’s journey up the ladder, Prochazka’s experience was nearly all supportive. For a birthday in his early 20s, a friend made him a chocolate cake with pointed support of his goals.

“There was the UFC writing on that cake,” he said. “I thought about how it’ll be great when I make it, and now it’s reality, so everything is all right.”

His earliest memories of the Octagon include the likes of Brock Lesnar, Chuck Liddell and Randy Couture, but his favorite was former light heavyweight champion Lyoto Machida. He is particularly fond of Machida’s performance against Ryan Bader, calling his second-round knockout victory one of “the greatest fights” in his opinion. Although Prochazka enjoyed watching “The Dragon” and his karate-based movements, Prochazka does think he fell short in some aspects of the sport, something he himself hopes to master.

“He had great fighting IQ,” Prochazka said. “But in hard times in the fight, he didn’t have the heart for that. I try to give both of these things, the aggressive entrance and still breathing, calm, and high fighting IQ.”

When he enters the cage, though, he advises fans to give him all their attention. His aggressive style might seem a little wild as he walks forward with a low guard, but if you ask him, there’s plenty of method to the perceived madness.

“When I have my hands down, I can see every move from my opponent,” he said. “Then, I can answer from there. My fighting style is a little crazy. I must work for my style because if you don’t know how to move and feel for your opponent’s movement, then you can’t keep your hands down and move like me.”

That’s a dangerous proposition against Oezdemir, who carved a particularly devastating reputation for his close-range power. After a short losing skid, Oezdemir is back on track with a pair of impressive wins over Illir Latifi and Aleksandar Rakic as he tries to build up to a second title shot. Naturally, though, Prochazka’s confidence is sky-high as well after defending his RIZIN title against former UFC contender CB Dollaway.

What that creates is a pair of fighters who are in-form and adept at ending the bout early, something of which Prochazka is well-aware. Not only does he want to entertain; he wants to impress those who appreciate the nuances of the fight game.

Prochazka had his UFC cake years ago. Now, he gets his chance to eat it, too.