For Werdum, Retirement Is A Dirty Word

He’s only a couple months in, but life at 40 seems to agree with Fabricio Werdum. In fact, if all goes well in his UFC 216 bout against Derrick Lewis this weekend, the former heavyweight champion is putting the word out to the promotion’s matchmakers that he’s available for another bout as soon as possible. 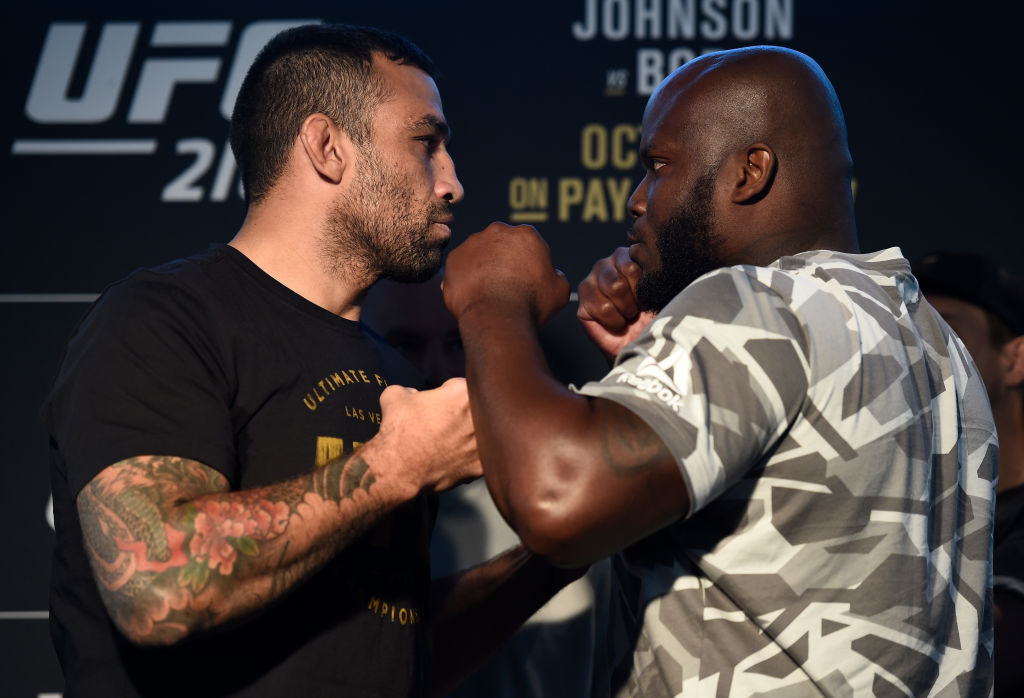 Ultimate Media Day on October 4, 2017 in Las Vegas, Nevada. (Photo by Brandon Magnus/Zuffa LLC)" align="right" />It’s the opposite attitude most fighters of Werdum’s age and status would have. After reaching the top of the sport and getting to the age when most would start to taper down their workload, Werdum is more eager than ever to step into the Octagon. A lot.

“I don’t think the age matters,” he said. “Your mind is the most important thing. My body’s okay - I’ve had a lot of injuries, but everybody has them, and I don’t have any terrible injuries like breaking something. So I’m good. I think I have four, maybe five more years, but I don’t know. I don’t want to talk about being retired. I think it’s negative. I don’t like when a guy says he’s retired and then after one or two years he comes back again. Why? If you’re retired, that’s it. So for now, I want to fight maybe three or four times a year. My big goal is the belt, but I also want to fight more.”

This weekend’s matchup with Lewis is his second fight of the year following a decision loss to Alistair Overeem in July. It was a disappointing setback for the Brazilian, who was looking to parlay a win over “The Reem” into a rematch with champion Stipe Miocic, but among the big men, all it takes is one spectacular win to jump right back into the mix. And it’s the prospect of winning his title back that truly motivates Werdum.

“This is what I love to do and this is my life,” he said. “And my motivation to keep going is to get the belt. In my opinion, I got it two times – first against Mark Hunt and then Cain Velasquez. I got two belts and I want another one. I want to put another belt on the wall in my home.” 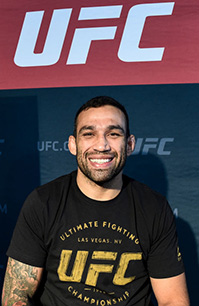 He laughs, clearly enjoying the calm before the storm. And why not? He’s been here 29 times before, and after defeating the likes of Hunt, Velasquez, Fedor Emelianenko, Overeem, Travis Browne and Roy Nelson, there’s nothing Lewis can show up to T-Mobile Arena with that he hasn’t seen before. That doesn’t mean he’s underestimating the Houston power hitter.

“My next fight is a very important one,” Werdum said. “I saw an interview where he (Lewis) said, ‘Werdum wants to fight with me because he thinks it’s an easy fight.’ I never said that. I know he’s a very dangerous guy, but I prepared every day for a good knockout or submission and I want to give the fans a very nice fight.”

And then another one, and another, and so on…

“I love this,” he said. “I train every day for one day. In my mind, when I have good training, the fight is just one more day in my life, and it’s amazing. I love when I hear the crowd, a lot of people say your name, and it’s very exciting and gives me a lot of motivation. Sometimes guys even boo me (Laughs), and that’s more motivation. It gives me more power.”