“This is the third time I’ve been a co-main event for the UFC, and I’m
really proud of that, and I’m really thankful that the UFC gave me that
spot after my last fight.” - Stefan Struve 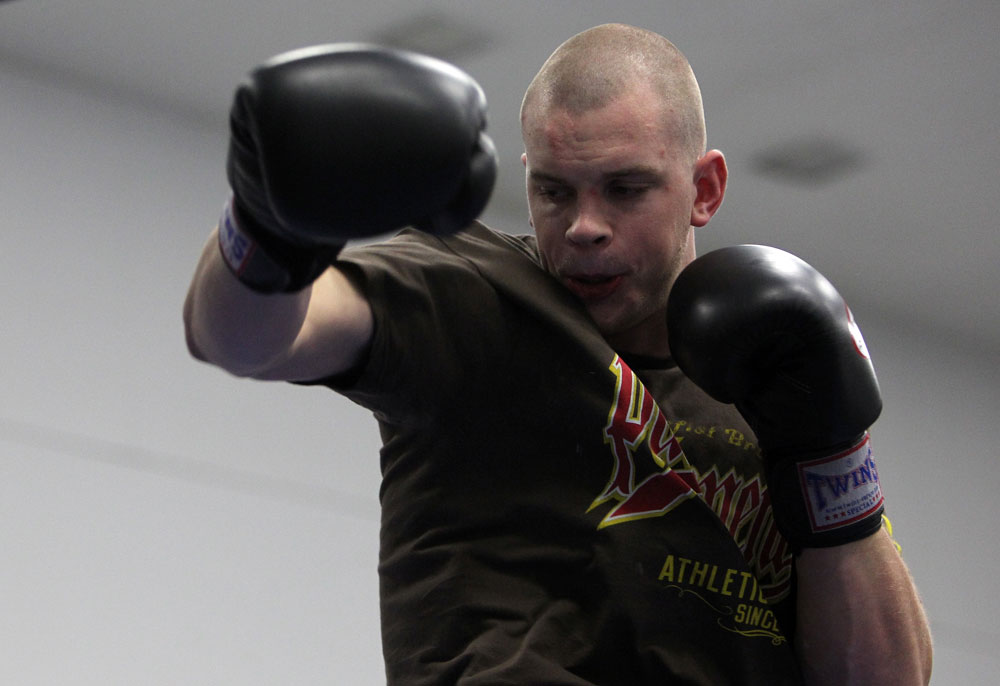 The way Stefan Struve saw it, things were going just according to plan in his UFC 130 match with Travis Browne in May. He saw everything that the Hawaiian was doing, he was avoiding serious trouble, and all he needed was to hear the bell to end round one. Then, Browne was all his.

“The gameplan was to tire him and then push the pace in the second round because his cardio didn’t seem to be the best in the fights we had seen of him,” said Struve. “And the gameplan was working, in my opinion. When we stood up after we went to the ground, he took a couple deep breaths, and I was basically just warming up. I was already thinking ‘I’m gonna kick your ass in the second round, and you’re mine.’”

What made what happened next even worse was that Struve assumed he had picked off Browne’s most serious weapon – an overhand right.

“He was coming in with that overhand right the entire fight and I was just stepping back, blocking it, and moving away, using footwork to avoid those punches, and it was going easy,” said Struve. “I was fighting at 60-70 percent of what I could normally do. Then he came in for another big punch and I had my hand up because I thought he was coming in with the overhand right, and he came down the middle and it was good night.”

Browne’s Superman punch was all it took to finish things at 4:11 of the first round. It was Struve’s first loss since March of 2010, and it broke a two fight winning streak for the Beverwijk native. Yet it’s Struve’s reaction to the defeat that has fans still expecting the 23-year old to one day challenge for world title honors.

“There are several things you can do (after you lose), and the thing you can do best, in my opinion, is man up, take it, take your lessons from it, use it as motivation, and start training for your next fight,” he said. “Then you come back harder, and that’s what I did in my fights after my losses.”

The loss to Browne was his third in eight UFC outings, with each coming by knockout (the others to Junior dos Santos and Roy Nelson). To some fighters, that could be the kiss of death, but for Struve, it only shows that he is still a raw talent and a work in progress. And frankly, Struve remains a heavyweight draw for the main reason that he is never in a boring fight. It’s feast or famine with the “Skyscraper,” sometimes even both, and if you’re surprised that he is in the UFC Live co-main event this Saturday night against Pat Barry, you must have not seen him fight before. Such lofty placement on the card hasn’t escaped Struve’s notice either.

“This is the third time I’ve been a co-main event for the UFC, and I’m really proud of that, and I’m really thankful that the UFC gave me that spot after my last fight,” he said. “That shows a lot of trust in my future.”

But knockdown, drag ‘em out brawls and come from behind miracle victories can catch up to you after a while, so Struve has been honing his skills steadily since his arrival in the UFC in 2009. And while he has supplemented his training with PRIDE vet Bob Schrijber with trips to the United States over the last year, for former kickboxer Barry, Struve has stayed in Europe this time around, working in Holland with noted kickboxers Mourad Bouzidi and Daniel Ghita, as well as Strikeforce star Gegard Mousasi, to hone his striking game.

“I’m fighting a kickboxer, and training in Holland for a fight against a kickboxer is one of the best places there is,” he said. But even though it’s important to have his striking on point to deal with Barry, Struve insists that his goal this weekend is to make “HD” fight his fight.

“You always look at tapes before every single fight, so if I’m fighting a really good wrestler, I’m gonna work on takedown defense and whatever I need to do to counter his wrestling,” he said. “But we always kinda have the same training pattern in training camp for every fight, so we’ve worked on everything, tried to get better at everything, and we want to try to fight him with my own game and make him fight the way I want to fight, and not the way he wants to fight. That’s the way I think you become champion. Look at Anderson Silva; he makes people fight his fight and not their fight.”

At a towering 6-foot-11, Struve has the size to dictate the fight, especially with Barry being a full foot shorter. That’s a huge height and reach advantage to have, and when asked if there are any disadvantages facing an opponent that much shorter, Struve can only think of one.

“If you want to take a guy like Pat down and he’s a foot taller, then it’s gonna be hard getting a single leg takedown,” he said. “It’s a long way down, you know. (Laughs) He’s really short and stocky and he’s got big legs, so it’s gonna be hard. But other than that, I can’t think of any other big disadvantages for me as long as you know how to work with your body like (Jon) Jones or (Anderson) Silva. Those are tall guys in their weight classes and they don’t have any disadvantages as far as I see.”

Struve isn’t approaching Silva or Jones levels yet, but he is building a solid resume and a good reputation in a heavyweight division that he should be making some noise in soon. How soon? Before the Browne fight, he said the goal was to get the belt in no more than six or seven years. He’s accelerated the plan since then.

“There’s still no rush for a title shot, but I think I can do it in a couple years,” he said. “I spoke with a lot of people and a lot of them say I’ve got the skills and everything to become a champion in the near future, and you just need to put it in your mind that you can do it right now and tell yourself that you can. Just think and train like you’re gonna be a champ in your next fight. That’s the way you gotta do it.”

And don’t expect him to make the same mistakes twice.

“There were several things that I could have done better (against Browne),” he said. “I should have fought more aggressive in the first round, but I was following the gameplan too much instead of just fighting. That’s what I do best and that’s what got me my UFC contract – just fighting, giving it all you got, and seeing where it goes.”