Rockhold on being elite finisher: 'I'm just that good'

In 16 professional MMA victories, Luke Rockhold has ended 14 of those wins by knockout or submission, marking him as one of the most elite finishers in the game. As such, there has to be a secret to his success, and the former UFC middleweight champion is willing to let it out.

“I'm just that good,” he deadpans. “It's the truth. People don't understand how good I am in every realm. The longer fights go, the more holes I'm gonna open up. I'm gonna find a way to expose you and I'm gonna break you and beat you down. There's no one that can compete with me if you go the full length. I've got too many avenues to succeed and to expose you. I can wrestle, I can do jiu-jitsu better than everybody, I can strike and I'll never be outworked. Every element of the game, I have covered, and the later this fight goes, the worse it's gonna get for any motherf**ker who steps in the cage with me.”

It’s classic Rockhold and he knows it. I jokingly tell him I thought the secret was his humility, and he laughs.

Heading into his UFC 221 main event with Yoel Romero in Perth this weekend, Rockhold isn’t questioning anything and he isn’t smiling too much either. It’s all business these days for the California native, who prepared for this fight on the other side of the country with Henri Hooft and his squad in South Florida.

“It's hard to smile when you're dealing with the fight game,” said the 33-year-old, a pro since 2007. “Sometimes it's not easy. Sometimes things don't work the way you want them to, but it is what it is. I'm in a much better place now, I've got a tough fight ahead of me and a real situation, and now it's time to go capitalize. I've got a great team, I had a great camp and I'm focused. I relax and enjoy myself after the fights more so, but it's been a good process. It's nice to watch yourself progress and to hit those goals each week and surpass your expectations.”

As with any training camp, there are hiccups, obstacles that have to be overcome that have nothing to do with anything taking place in the gym. For Rockhold, that was the announcement that 185-pound champ Robert Whittaker was forced out of the bout due to health issues and that Romero was stepping in, making a world title fight an interim world title fight against a fighter with an entirely different style. Rockhold, who saw a switch of opponent in 2016 cost him his UFC title, wasn’t exactly thrilled with the change, but he adjusted quickly. 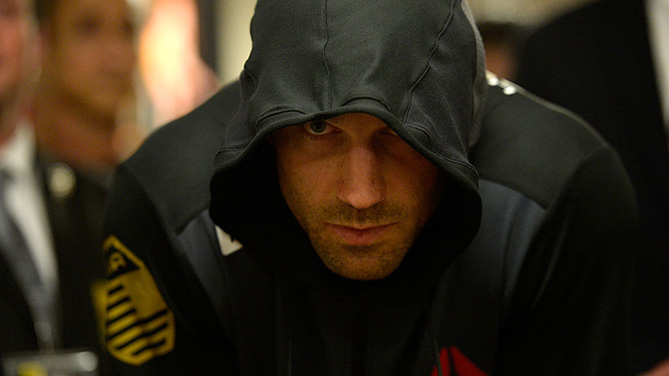 “Of course getting Whittaker would have been nice, but I'm ready to go prove myself that I'm at the top of this game, that I'm the best there is in this game, and I can do that,” he said. “I have the stage to do that with Romero. Whittaker is the champ, but he had a close fight with Romero, he didn't put him away. So I go out there and make a statement, enough said. I'm gonna do my job, I'm gonna put him away and then we can handle business later.”

If there’s a crack in Rockhold’s mental armor, it’s impossible to detect. And many believe that having been there and done that from his time in Strikeforce through his UFC run is going to set him apart from Romero if the fight gets into the late rounds. He doesn’t dispute such talk. In fact, he’s looking forward to taking the former Olympic Silver medalist into deep water down under.

“It's about how far and how dark and how deep I can go,” Rockhold said. “People underestimate me by the way I look and how I act sometimes, but he (Romero) can't overlook what I've done in the past and what I can do. I've never been outdone, I've never been outworked, I've never been out toughed. I'm gonna go deeper, I'm gonna go darker, I'm gonna pull you into a place that you're not ready to go to. I don't care how these guys look. Romero looks like a freak, he looks scary to a lot of people, but it's not about how you look, it's about what you do and how you act in the cage. And I've proven myself over and over again. I've never lost a fight outside the first round. I'll never be outworked and nobody will outwork me.” 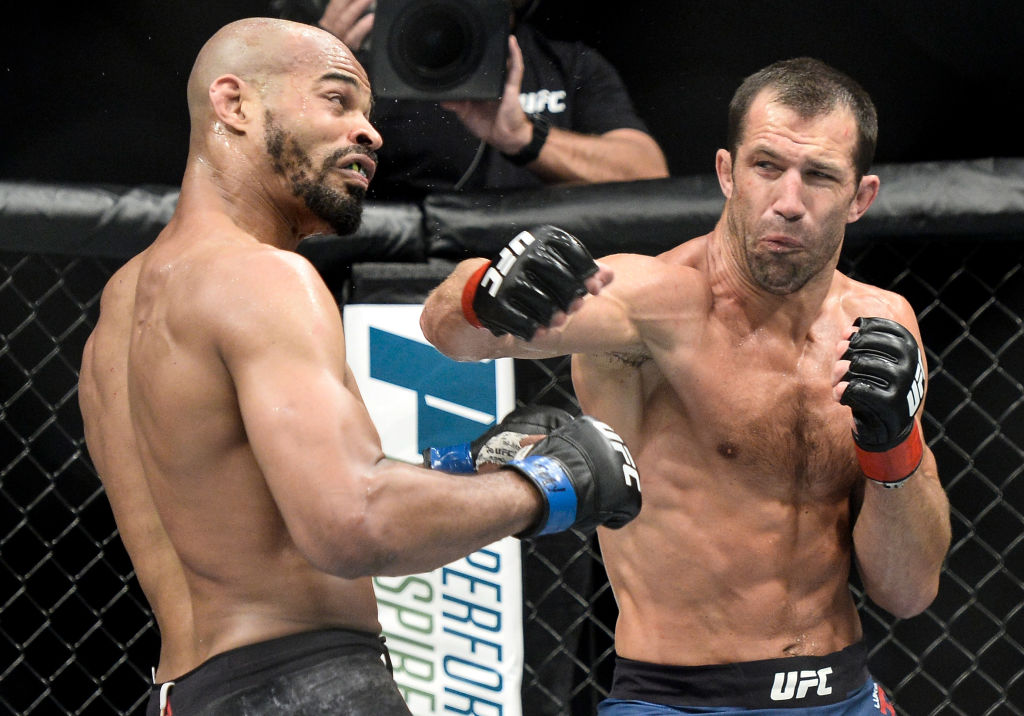 Some would say that’s a badge of honor, knowing that you put in those long hours in the gym in order to be the best version of yourself on fight night, and that if a bout becomes a dogfight, you’ve got enough bite to not only endure, but to win it. Rockhold wouldn’t necessarily call it that, but he does know he’s glad that he has that in his back pocket.

“I don't know if it's a badge of honor, but it's something to look out for, something to respect,” he said. “You have to know that I'm capable of going there. And when you go there, you know how hard you have to push yourself in training to surpass that point. So I just keep pushing. I know that I have it in me, I know I can go the distance, I know what it takes to pace yourself. It's just in me. It's not about having a badge of honor or patting myself on the back. It's knowing that's who I am. That's in my DNA. Some people have that, some people don't.”

Losing his title to Michael Bisping in 2016, Rockhold’s reputation took a hit, and being on the sidelines for over a year following the bout didn’t help matters. But last September, Rockhold returned and finished David Branch, and this weekend, he has a chance to put a title belt around his waist once more. And that means a lot to him. But it’s not everything, because there’s another point he wants to make.

“Every time you step in there, every time you prove yourself, climbing back up and taking this thing back, every fight is more meaningful than the last,” he said. “At this point, I'm at the pinnacle of my career, I'm at the top of the game, and I'm gonna go reprove myself. People forget in this game real quick, and it's time to wake them back up.”