New UFC lightweight Roberts here to make a name for himself

With all the talk about controversial decisions and judging criteria, there’s one fighter who has not had to deal with any of that over the course of six pro and seven amateur bouts.

Meet Roosevelt Roberts, the newest member of the UFC’s lightweight roster and someone who has yet to hear a judges’ verdict.

“Never leave it in the hands of somebody else,” said Roberts, who has ended three of his pro wins by submission and three by knockout. “Always make sure you get a finish because you don’t know how they (the judges) feel about a fight. You don’t want to have any debate about the fight, so you might as well just go in there and give it everything from the first to the last.”

That attitude will make “The Predator” quite popular in the UFC, and fans outside of the California regional circuit got a taste of what he brings to the table when he submitted Garrett Gross on Dana White’s Tuesday Night Contender Series in July.

“Once that bell rings, I’m all-in,” he said. “I can’t sit back. Well, I sit back for a second (Laughs) and that’s just to get my mind ready, and then we’re all-in. I don’t like sitting back and looking at each other. It’s too much. I just want to fight. Let’s just hit each other already and get this fight going. Whatever happens happens. So I definitely think like that, and it’s been working out for me so far.”

It has brought him to the UFC, but if the 24-year-old from San Bernardino had his way, it would have been even sooner, as he put his name in the hat for a shot on The Ultimate Fighter&rsquo;s Undefeated season. 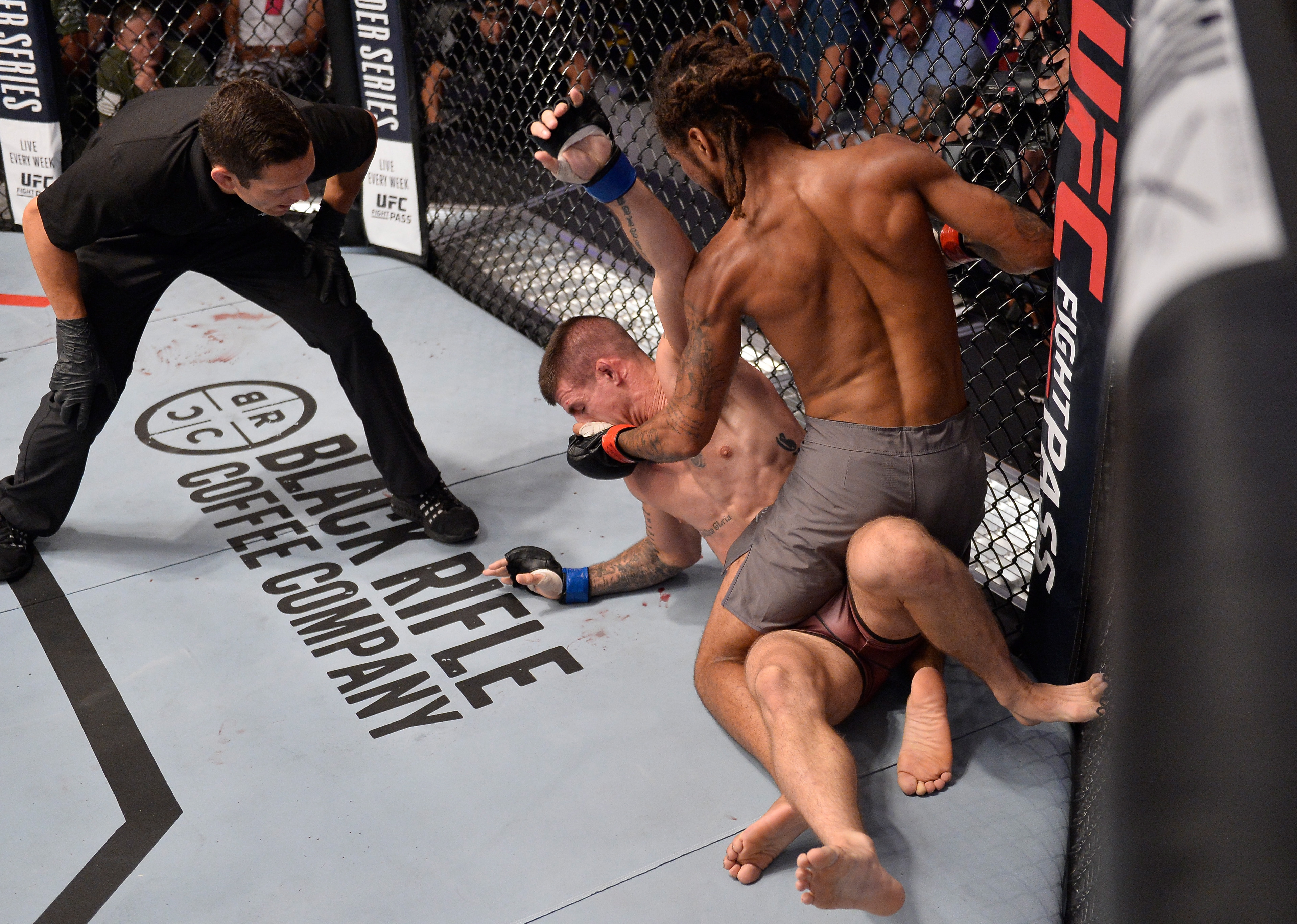 “I thought I had it,” he said. “I fought a lot of good people at that time and I thought I could bring a good story to the table, but they didn’t pick me, so it is what it is.”

A first-round stoppage of Tommy Aaron in January was Roberts’ response to not getting picked for TUF, and when he got the call for the Contender Series, he admits to having a little bit of a chip on his shoulder.

“It was like that,” he laughs. “The whole TUF season, my coach is watching it, all of us are watching it and I feel like I really could have done something in that tournament, but I didn’t get a chance. So I said, ‘Now, I’m gonna go in there, let them know my story and show them that I could perform.’”

And now that he’s in the UFC, Roberts wouldn’t mind throwing hands with some of the TUF 27 alumni.

“I definitely felt like I could have pushed through those guys and that what I would have brought (to the show) would have been exciting,” he said. “But they did good and they made it, so I’ll just wait until I fight one of those guys.”

Twelve weeks of national television exposure would have been nice, but Roberts isn’t crying over spilled milk or worried that people think he fell out of the sky and into the Octagon. He’s got the stage he’s wanted. And here, he controls his own destiny.

“However they look at me, no matter which way it is, I’m here now and I’m coming to make a name for myself,” Roberts said. “So it don’t really matter what they think; it’s about how I perform once I get in the cage, and I know I can perform when I’m under the lights.”