Nate Maness Is Going To Bring The Power

When Nate Maness and Tony Gravely were scheduled to face off in April, it was a fight that many were excited for. The bout was canceled and rescheduled when Maness pulled out for undisclosed reasons. The two emerging bantamweights are now set to square off this weekend at UFC Fight Night: Smith vs Spann, in a matchup that could bring some extra cash at the end of the night.

On paper, Maness has a five-inch height advantage and a three-inch reach advantage over Gravely, who has been fighting since 2015.

“I think my length is going to play a big part in this fight, obviously stopping the shots,” Maness said. “I think it’s a pretty simple game plan, but it’s going to be harder to implement it. It is a fight, but I think that is going to be a big factor…It comes down to your footwork. You have to have your feet in the right spot, and you have to have that distance to use your length, and that is something that we have been working on, so hopefully it shows in this fight.”

With reach comes power. The bantamweight has recorded four wins by submission and three by knockout through his eight-year career.

“I think I’ve showed a little bit of my power, but that’s one thing that I’m looking to put a stamp on in this one,” Maness said. “I’m looking to put him out with my hands and really showcase that in the 135-pound division.”

Gravely is no stranger to utilizing power of his own, ending nine of his fights by knockout. The American Top Team product has a record of 21-6 and has won two straight after dropping his UFC debut.

“He’s got really great wrestling,” Maness said. “He is the ultimate competitor. He has a ton of fight experience, so I’m looking forward to getting in there and competing with him. It’s the way he handles himself inside of the cage and outside of the cage; I’m a fan of Tony.” 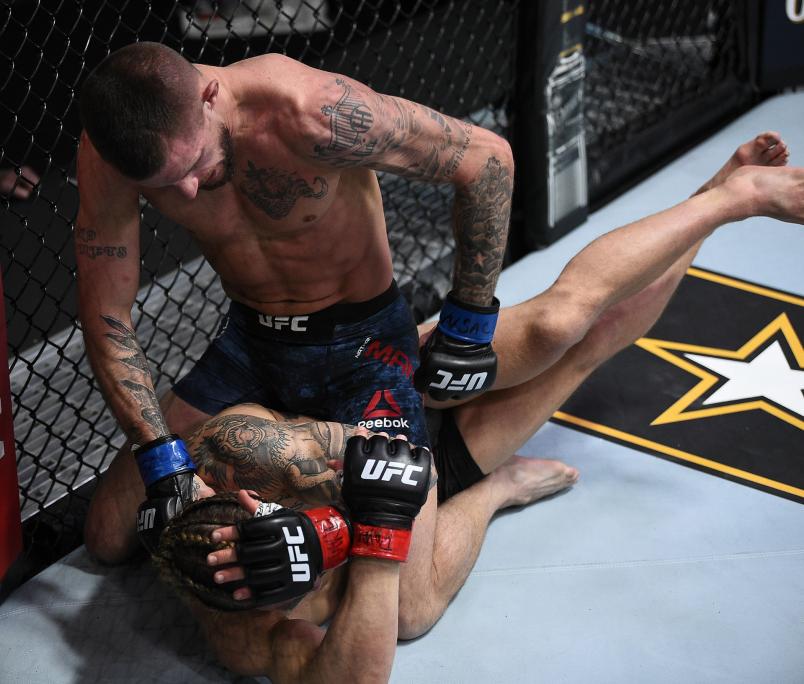 With a record of 13-1, the Kentucky native knows what it feels like to have success at a high level. The 30-year-old won the bantamweight title in the TKO promotion, as well as two other belts in two different weight classes other than 135.

Being able to step into the Octagon for a third time is something that Maness is grateful for; however, he’s still learning to manage everything that comes with being on the highest stage. With the end of his contract approaching, “Mayhem” is looking to go 3-0 in the UFC following this weekend’s bout.

“I think that everything is about getting comfortable in there,” Maness said. “It is different. I don’t know how many people want to say it, but it is different in there and I’m just looking to showcase a lot more of my skills, for sure. Not everything is just a fight. I think it’s the hype around it, the media going up toward it. It really impacts your life and your career, so it’s just dealing with the pressure.” 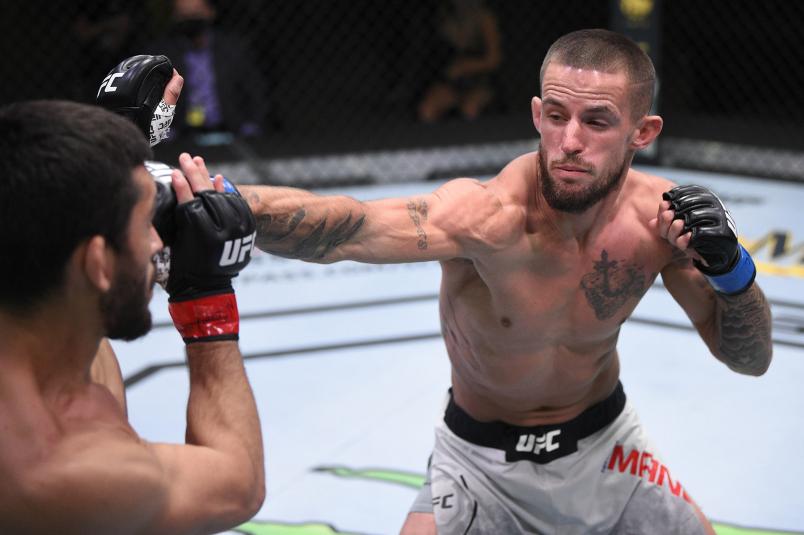 So where does Maness think he’ll be able to prove himself the most on Saturday night?

“The distance,” Maness said. “I think I’m a lot faster than he is, even though he is a little bit smaller than I am, and the power. I bring power to this division and I’m going to put him away.”

Watch Maness take on Gravely at UFC Fight Night: Smith vs Spann! The main card starts on ESPN+ at 7pm ET / 4pm PT, with the prelims getting underway at 4pm ET/ 1pm PT.