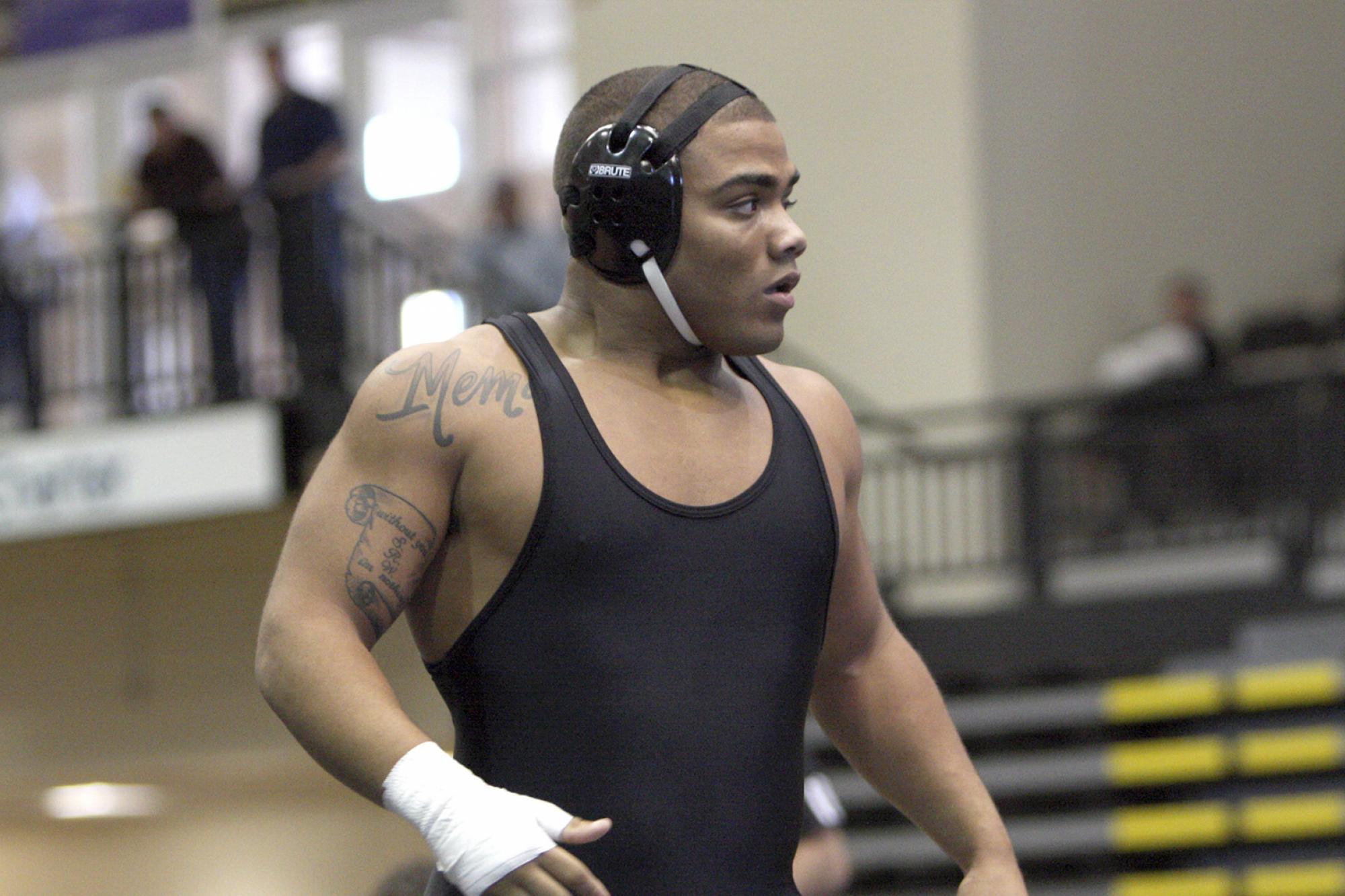 From Kevin Randleman to Tatiana Suarez to Deron Winn, Lindenwood University's Wrestling Program Has Been A Source Of Future UFC Talent.
By Walker Van Wey • Jul. 22, 2021

Nestled just on the St. Charles County line lies the school, and despite D-2 status, the Lindenwood Lions have churned out as much UFC talent as a handful of the NCAA top 25. Current men’s wrestling head coach Jimmy Rollins details that as early as 1994, LU has housed UFC stars.

“Even Kevin Randleman, when he left Ohio State, he was at Lindenwood,” Rollins said. “There’s a lot of people that have come through here and we’re fortunate that we get a lot of these guys around the area.”

Almost immediately after leaving LU, Randleman would become an unstoppable force in Brazil’s Vale Tudo Fighting tournaments and carry a lofty reputation with him. With a 6-2 record, Randleman made his UFC debut at UFC 19 in a successful bout with Maurice Smith to earn a shot at the heavyweight title.

Randleman would go on to lose to Bas Rutten but claim the vacant title in his next trip to the Octagon.

Randleman would end his storied career in 2011. Despite a late career slide, “The Monster” would become a UFC Hall of Famer and had an extensive career in PRIDE FC.

Despite a short stint in the UFC, Brookins shared the Octagon with current 155-pound champ Charles Oliveira and number one contender Dustin Poirier before departing from the UFC.

While Brookins was incubating his MMA career at LU, he was roommates with future UFC lightweight Mike Rio. Despite Rio’s short stint in the UFC, he was two wins away from a TUF 15 crown and was Tony Ferguson’s UFC 166 dance partner.

Chase Gormley and John Salter both spent time as Lions before they were in the UFC, and no matter how close to the present you navigate, LU has never become any more identifiable as a “cage fighting school” as it was when Randleman walked the halls only one year after the UFC’s birth.

“I think it’s a little unique,” Rollins explains. “We’re a little private institution and people don’t usually think of private schools producing animals in the cage, but it’s something that’s here in the wrestling program. These guys love the grind and most of them come from not great wealth and have to fight and claw for everything they’ve got throughout their time and I think that’s just something that translates.”

The success doesn’t only lie in the men’s programs. Possibly the most feared women’s wrestler in the UFC at the moment also briefly spent time as a Lion.

“Tatiana Suarez, well, Tatiana Padilla when she was here, was part of the early class of women’s wrestling here,” Rollins said. “If I’m not mistaken, Jake Dieffenbach, a two-time champ for us here at Lindenwood, was the head coach women’s coach at the time and recruited her here. It’s pretty amazing to see all the people that come through here.”

Suarez would almost effortlessly mow through the TUF 23 cast before making her splash in the UFC. The mauling machine remains undefeated thanks to her use of wrestling, often embarrassing fellow wrestlers along the way.

"Rose better put that in my mailbox."

Other active UFC fighters who spent time at LU are Dakota Bush and 7-2 middleweight and wrestling ace Deron Winn.

In a school where tomorrow’s UFC talent often goes unnoticed the culture is consistently, “keep your head down and do your job.” And where some NCAA coaches may repress the idea of their athletes looking ahead to a career in MMA, Coach Rollins has an MMA connection of his own.

The college roommate of former WEC and UFC champion Benson Henderson is one coach that has no plans of shooing athletes away from an MMA career.

Could 174-pound reigning National Champion, Abner Romero, or any other 2021 LU Lions be next to make the walk to the cage? Coach Rollins can only smile and shrug.

🇺🇸 @DeronWinn finds himself back in the win column. #UFCVegas17 pic.twitter.com/MixDZWXe0A

“You don’t win NCAA titles without being somebody that’s willing to put yourself in a deep dark place to be successful,” Rollins explained. “He’s willing to do those things. He’s a guy I could see doing it or Ronnie Gentile, our national runner up from New Jersey, as well. These guys grow up in some tougher areas so seeing them get to the cage is something I could definitely see.”

Catch all of LU’s MMA products’ best performances in TUF, UFC, WEC and MORE, ONLY on UFC FIGHT PASS!