The Blueprint - Rampage vs. Bader 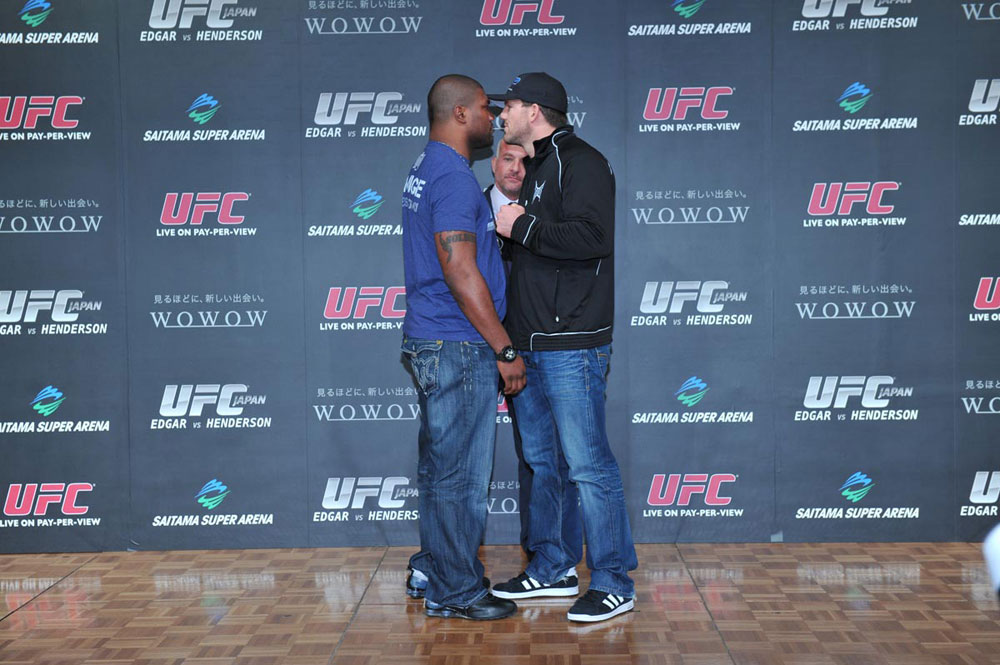 Quinton Jackson is a legend in the sport.

Hardcore fans know that this guy has been universally recognized as one of the best 205-pound fighters in the world, across all promotions, since 2003. Nine years is a long time to remain relevant in the “what have you done for me lately” sport of mixed martial arts. But “Rampage” is far from ordinary.

When the 33-year-old ultimately decides to hang up his vale tudo gloves, his resume will hold its own with just about anyone’s, even if he doesn’t achieve another noteworthy milestone. To wit, he was the first fighter to unify a UFC and PRIDE championship.  He accomplished that goal when he successfully defended his UFC light heavyweight championship against Dan Henderson, who was then the PRIDE Middleweight (205-pound) Champion.

He was a finalist in the 2003 PRIDE Middleweight Grand Prix, ultimately losing to then-champion Wanderlei Silva. At that time, the Silva was universally regarded as the best 205-pound fighter in the world. Rampage was unquestionably the number two guy.

One fight after joining the UFC, Rampage did what many thought to be the unthinkable. He savagely knocked out iconic champion Chuck Liddell with a counter right hand that was so ferocious that Liddell dropped like he had been taken out by a 12-gauge shotgun.

Rampage successfully defended the title one time, something matched by only five of the 10 other men who have worn the belt. Many believe the judges robbed him of the golden strap in his 2008 defense against Forrest Griffin. Robbed or justly scored, the fight will go down in history as one of the best ever. Several media outlets selected that bout as the 2008 Fight of the Year.

Suffice it to say, Rampage is a fighting legend. By contrast, his opponent on Saturday night is still trying to make a true name for himself in the sport.

Ryan Bader has long been one of the top prospects in the light heavyweight division. But he hit a bit of a rough patch in the first half of 2011, dropping back-to-back fights to eventual champion Jon Jones and former champion Tito Ortiz. Those were the first two losses of Bader’s career. He righted the ship back in November with an impressive first-round knockout of Jason Brilz. But Bader is still trying to find his way in the land of the light heavies.

Don’t mistake those contrasting descriptions for a suggestion that this isn’t a meaningful fight. Quite the opposite is actually true.

A win by Rampage doesn’t do anything in terms of advancing his standing in the division. It is a fantastic payday, of course. It is an opportunity to perform one more time in front of the local Japanese fans who helped turn him into a superstar. And it is an opportunity to stay busy in an attempt to ward off ring rust, something he has not done in recent years.

A loss, on the other hand, would be devastating. Bader has never before toppled an A-list foe. Thus, if Rampage falls as the first such victim, it would draw into question the former champion’s short-term relevance in the division.

Sounds like a no-win situation, doesn’t it? It certainly does to me, which means Rampage had better come out looking to make a statement because he simply cannot afford to lose or even eke out a close win.

For Bader, Saturday is a no-lose situation. He’s the underdog, so a loss to Rampage does nothing to truly hurt his standing.

A win, however, lets the genie out of the bottle. Bader instantly becomes a championship contender, if he can score a victory over Rampage. It erases all lingering questions following the losses to Jones and Ortiz in a way that the Brilz win simply cannot.

All that means Rampage will likely come out swinging for the fences, possibly mixing in some of his long lost wrestling skills. Bader will be fighting loose and free, focusing solely on the upside associated with fighting Rampage. If that happens, this should be a tremendous spectacle for the fans because these guys matchup extremely well on paper – far better than their respective standing in the division would otherwise suggest.

Let’s get to the matchup.

Most probably expect to read “Rampage needs to keep the fight standing, whereas Bader needs to take the action to the ground.” True. But there is more to this matchup than the obvious.

Bader is an exceptional boxer, when one takes into account that he only began dedicating himself to that form of martial arts in the last few years. The former amateur wrestling champion possesses head movement, footwork and arsenal of punches that are well beyond his years of training. Plus, his hand speed and knockout power are enough to make anyone cringe, including Rampage. He relies on his overhand right too much. Other than that nit-picky note, I think he is one of the better true boxers in the division.

Yet, as good as Bader is on the feet, he wants no part of a fisticuff exchange with Rampage. Trust me on that one. Rampage is one of the game’s most versatile punchers. He can knock out anyone with a single punch from either hand. Chuck Liddell got his lights turned out with a looping right. It was the first time anyone left Liddell in an unconscious heap in his illustrious career. Rampage put Wanderlei Silva to sleep with an equally vicious left hook. And he hurt Rashad Evans with a couple different shots thrown in short, compact fashion.

Rampage also has tremendous wrestling skills, though he has completely ignored them of late. The last time we saw Rampage use anything close to resembling his wrestling was in his five-round thrashing of Henderson four years ago. By contrast, in PRIDE, Rampage was famous for slamming and then ground-and-pounding his opponents. I will never know why he has turned away from that strength as of late.

Conventional wisdom suggests that Rampage should rely on his wrestling and physical strength to put Bader on his back, and force him to address the one major hole in his game that Jones exposed during their February 2011 fight. He showed no real ability to deal with Jones’ top game, so I see no reason why he would do any better with Rampage, since the former champion has absolutely brutal ground and pound, as well as excellent top control.

Of course, only Jones has been able to put Bader on his back and keep him there. Don’t expect Rampage to follow suit, despite the fact that devising a game plan to create takedown opportunities may be his best chance to win.

Unfortunately for Rampage, he is far too enamored with his boxing skills to concern himself with takedowns. He won’t be looking for a takedown, unless a Bader strike puts him on ice skates. Trust me on that one. I’m absolutely certain of it. Rampage will come out looking to throw hands with Bader to the exclusion of every other facet of his game, just like he does in every fight. That is true no matter who he is fighting. And it will be true on Saturday night.

Bader needs to take advantage of that one-trick-pony approach to the game by refusing to engage in a boxing match with Rampage. He should take a page out of Griffin’s playbook and kick Rampage’s lead leg until the challenger can no longer put any weight on it.

Rampage walks down opponents with laser-like focus, always looking for an opening to land a lead right hand or counter anything. I’m not sure if Rampage’s tunnel vision causes him to fail to identify kicks in time to check them. I don’t know if he stands with too much weight on his front leg. Or, maybe he just doesn’t respect anyone’s leg kicks. Whatever the case, that lone strike singlehandedly won the title for Griffin in their 2008 bout.

It can also win the fight for Bader on Saturday night.

Bader can also take a page from the game plan used by Jones and Rashad Evans in wins over Rampage – use strikes to set up takedowns. Rampage sits down on his punches so much that he routinely leaves himself open to takedowns, just like he leaves himself open to leg kicks. Once on the ground, he has virtually no offensive submission game from his back. He can defend pretty well, and he certainly has the ability to scramble back to his feet or sweep, but he isn’t going to catch Bader or anyone else with an armbar, triangle choke, gogoplata or any other submission from the guard.

Back to the original writing.

Unlike with the Jones fight, I don’t think that Bader has more tools at his disposal once the cage door shuts. Instead, I think Rampage is the man with more ways to bring the fight to an abrupt end, solely due to his arsenal of fight-ending punches and his top game. I also think he is the one with the greater physical advantages.

Yet, this fight has upset written all over it, according to most. There are many who believe that Rampage is on the downside of his illustrious career. There is no denying the fact that he has not shown any growth in his game since joining the UFC. In fact, one could easily argue that he has shown competitive regression.

Whether that is from the long, self-imposed breaks he has taken over the last few years or his waning focus due to acting or other outside interests is up for debate. What is not up for debate is the fact that Rampage performs better when he fights regularly. He is 7-1 in UFC fights with less than 200 days between contests. That lone loss came at the hands of Jones, a guy many believe to be the both the present and future of the division.

When the cage door shuts, it will have been 155 days since Rampage’s last fight.

I’ll let you decide what that means.