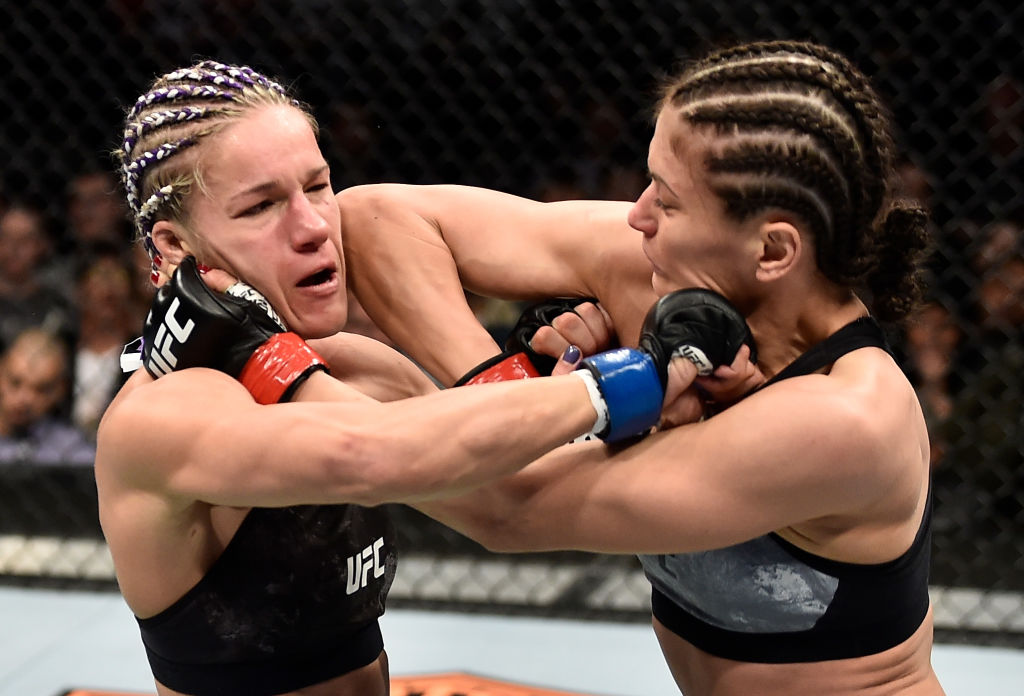 There was no break in the action in the opening round, with most of the first frame taking place on the feet before a furious ground exchange only interrupted by the horn.

With the crowd chanting her name, Kowalkiewicz (12-2) began to pull away in the second round, with her striking in the clinch being a particularly effective weapon. Herrig (14-7) was never too far behind in the bout, and she finished strong in the third, but Kowalkiewicz put enough in the bank early on to emerge with the win by scores of 29-28 twice and 28-29.

Olivier Aubin-Mercier sent a statement to the lightweight division in his bout against Evan Dunham, stopping the veteran contender in the first round.

There was no feeling out process between the two 155-pounders, and in the midst of the action, Aubin-Mercier stunned Dunham with a knee to the body. Sensing that his opponent was hurt, the Canadian went on the attack, and after a second knee to the body put Dunham on the deck, a follow-up barrage brought in referee Todd Anderson to stop the fight at :53 of the opening round.

Both fighters kept a fast pace in the opening round, but it was Evans-Smith landing the more effective blows as she mixed things up on the feet and then capped off the round with a late takedown. Evans-Smith didn’t let up over the next two rounds, and with Rawlings unable to get her attention with her striking, it opened the door for the Californian to largely control the action down the stretch. 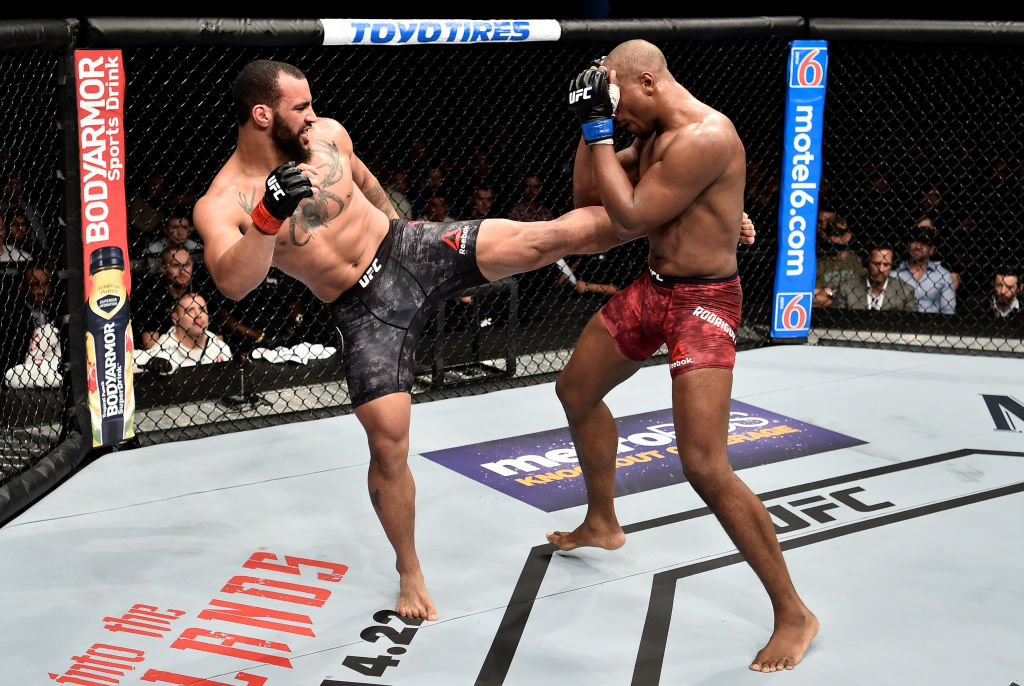 It was an interesting opening round, with Rodriguez having success when he was able to let his strikes go, but Clark largely controlling the frame with his grappling and a pair of takedowns. There was more the same in the second and third frames, yet slowly but surely, Clark began pulling away with his swarming attack, making it a clear victory for him via scores of 30-27 twice and 29-28.

With the win, Sioux Falls’ Clark improves to 9-2. South Easton’s Rodriguez falls to 9-3.