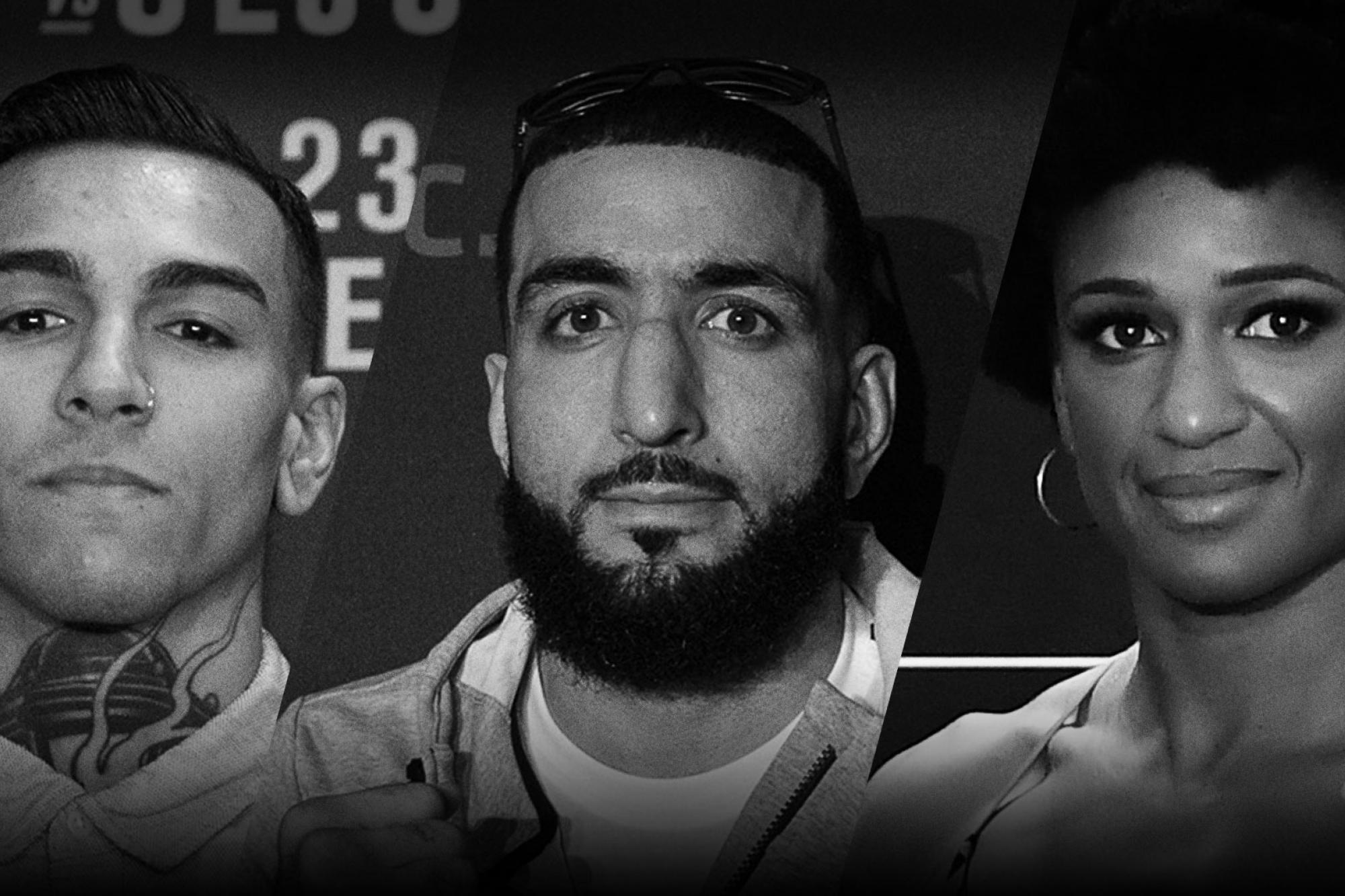 Matt and Jim begin today's show with their thoughts on the Stephen A. Smith calling Donald 'Cowboy' Cerrone a "quitter" after his loss to Conor McGregor at UFC 246.

Then, UFC featherweight Andre Fili calls in to discuss his thoughts on possible next opponents, why he can't get into anime, his band and his really detailed tattoo of Urijah Faber.

Next, UFC welterweight Belal Muhammad joins the pod to talk about his difficulties finding another opponent, his thoughts on the UFC rankings, and which matchups make the most sense for him. Tune in to hear who he calls out to fight at UFC 249 in Brooklyn!

Finally, UFC strawweight Angela Hill calls in to talk about her recent TKO victory against Hannah Cifers at UFC Fight Night: Raleigh, why she prefers to fight on short notice, and her favorite video games.