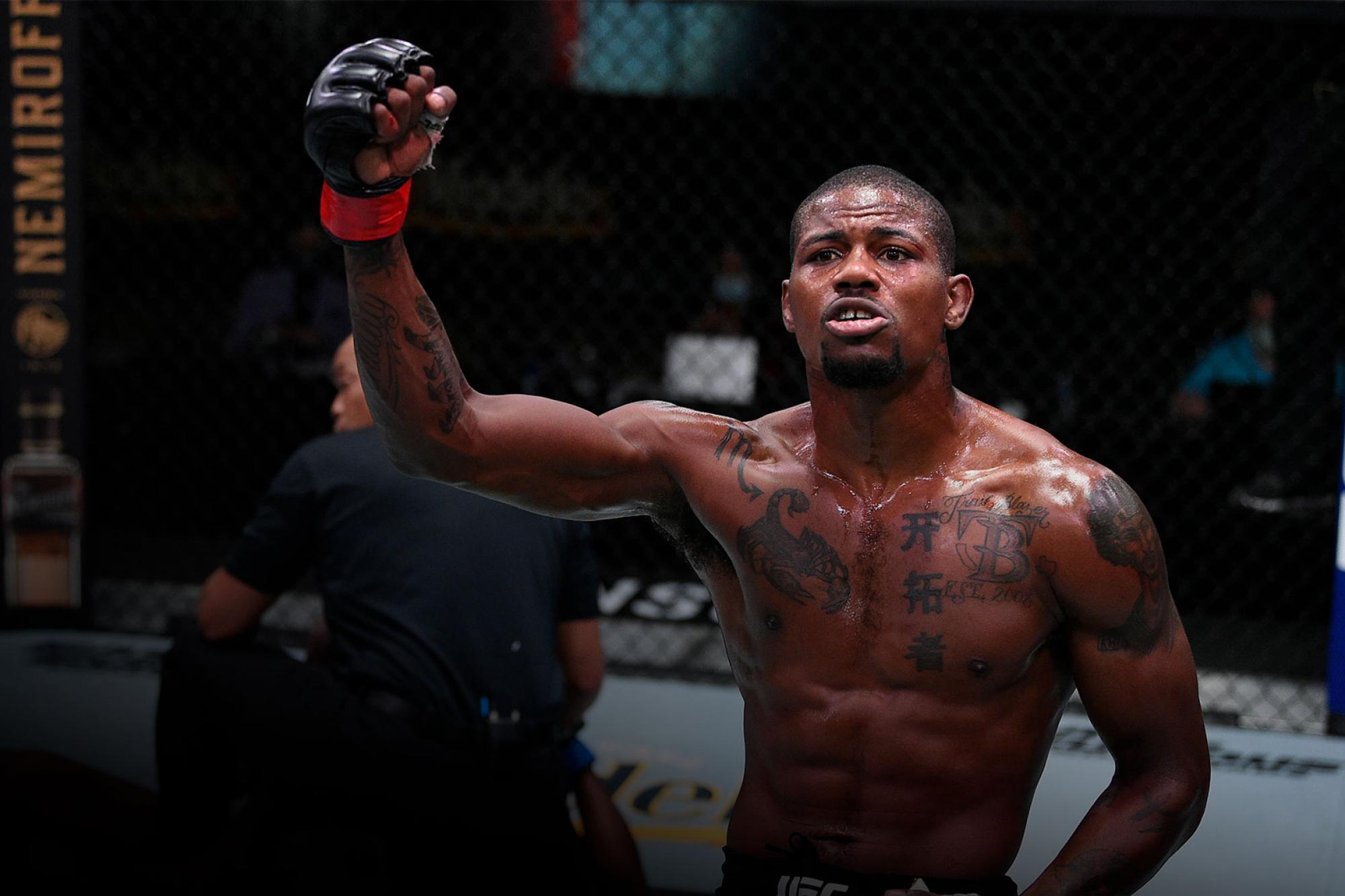 Usually known for his power punches, “The Dentist” showed another side of his game when he was able to secure his first career victory by submission at UFC Vegas 6 against Maki Pitolo. It was a competitive first frame, but once Pitolo went for a takedown, Stewart wasted no time to sink in a deep guillotine choke.

The win was extra special for Stewart, who dedicated the fight to a close friend who recently passed away. Stewart moved to 12-5 with the win and believes he sent a message to people that doubted him with the performance.

“The message to the world is, don’t sleep on me because I will come for you,” Stewart told UFC.com backstage after the win.

Middleweight veteran Andrew Sanchez displayed improved striking at UFC Vegas 6, knocking out Wellington Turman with a devastating jab-cross combination. It was clear from the second that Turman hit the canvas that the fight was done, and once the referee stepped in, Sanchez let out a triumphant yell and for good reason.

It was Sanchez’s first stoppage victory since knocking out Eric Spicely on season 23 of The Ultimate Fighter. It was a big moment for “El Dirte,” who credited his team at Tristar Gym for developing standup game.

“I had the biggest breakthrough during this quarantine with all the new cool stuff I’ve been working on up at Tristar,” Sanchez told UFC.com backstage after the bout. “It just all came together in a beautiful, violent way.”

Canada’s Gavin Tucker made his presence known to the featherweight division Saturday night, showing the ability to battle back from adversity against the hard-hitting Justin Jaynes.

The first round started off in Tucker’s favor as “Guv’nor” landed strikes at distance and appeared to have the jump on Jaynes. But then things got crazy once Tucker was dropped by a big uppercut from Jaynes with under two minutes left in the round. Tucker was able to shake off the shot and recover. Moments later, Jaynes went for a guillotine choke that Tucker was able to somehow wiggle out of, reverse position and nearly finish Jaynes with an arm triangle before time expired in the round.

Rounds two and three were completely different stories, as Tucker took control of the bout, pouring strikes on the tiring Jaynes. At 1:43 of the third round, Tucker finally was able to secure a rear naked choke and get the victory. It was a hard-fought battle, one that Tucker walked away proud of.

“Getting tested is a part of this and that only accelerates me in the end,” Tucker told UFC.com after the submission win. “All the stuff you work through shows that I’m full of grit and I’m there until the fight is over and I wasn’t going anywhere through any of those things.”

Kevin Holland capped off his whirlwind two-week UFC Vegas 5 and UFC Vegas 6 stint with a highlight reel knockout of Joaquin Buckley. It was the perfect ending for Holland, who stayed in Las Vegas an extra week to compete after his opponent, Trevin Giles, fainted moments before their bout on August 1, 2020.

Buckley came out aggressively, trying to earn a quick knockout in his short notice UFC debut. Holland stayed methodical and relied on an explosive right hand down the pipe to drop Buckley in the first round. Buckley was able to pop back up and recover quickly, extending the entertaining matchup to the second round.

The game plan didn’t change for either fighter in the second round, producing similar results until it was that same right hand that Holland used in the first round that finished Buckley in the opening moments of the third round.

Holland improved to 18-5 with the win, earning his second KO victory since May.

“That was Sean O’Malley type stuff right there,” Holland told UFC.com after the KO. “That was pretty cool.”