The UFC Teams Up With Instituto Reacao in Brazil

"What makes the Institute Reação unique is the opportunity to train not only athletes, but the future citizens who can become great professionals." - Marshall Zelaznik 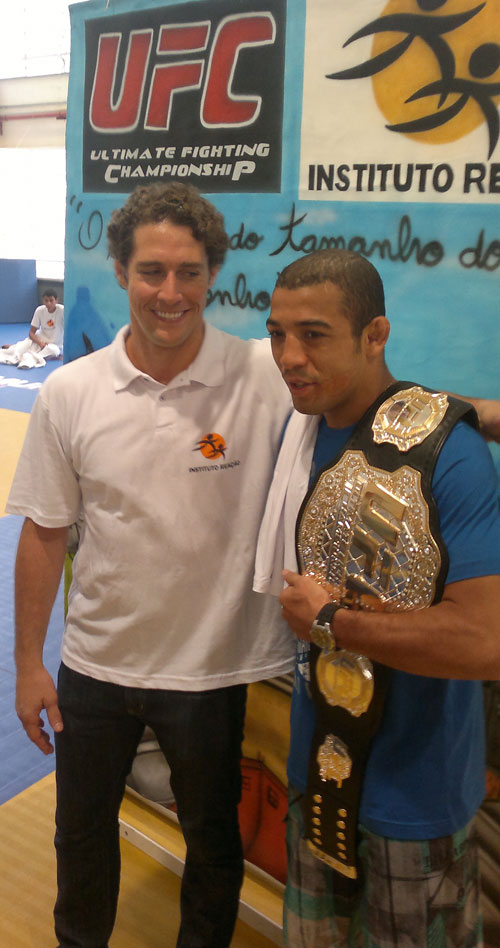 This past Tuesday, March 13th, it was a monumental occasion in Brazil as the first partnership between the Ultimate Fighting Championship and a social project in the country took place.

Located in Rocinha, south of Rio de Janeiro, the Instituto Reação (Institute of Reaction), which was created by former Olympic judo fighter Flavio Canto, is the first NGO (non-governmental organization) to receive funds from the biggest MMA event in the world in favor of supporting the social inclusion of young people from poor communities through artistic and educational activities and sports.

Present for last week’s ceremony were three stars of the UFC who came from humble origins: featherweight champion Jose Aldo, middleweight contender Rousimar Palhares, and bantamweight standout Renan Barao, as well as the UFC’s  Director of International Development Marshall Zelaznik, and actress and presenter Fiorella Mattheis, who acted as master of ceremonies.

The UFC's investment covers the educational development and physical conditioning of athletes, with donations of equipment going to a weight room and a complete renovation aimed at the dojo for practicing martial arts. The initiative will benefit 400 children and 50 athletes of the Instituto Reação, which has been in existence for 12 years.

"Obviously we are looking at other projects, however we are 100% focused on the initiative that Flavio and his team have here in Rocinha," said Zelaznik. "What makes the Institute Reação unique is the opportunity to train not only athletes, but the future citizens who can become great professionals. We're talking about education for a lot of young people."

Canto, who idealized the project with a group of friends in 2003, mentioned the importance of the partnership between the UFC and the Instituto Reação that besides Rocinha, it also develops his work in Cidade de Deus (Jacarepaguá) Tubiacanga (Ilha do Governador) and in Small Crusade (Lagoa).

"It's a big dream, and we're uniting the UFC, which is the biggest fighting event of the world, with the Instituto Reação that has the desire to be present more and more in the lives of young people here in Brazil,” he said. “We want to transform lives through the sport, and having a partner like the UFC is a big step to accomplishing that.”

A student of the project since the beginning, 31-year old Rodrigo Borges is now one of the institute’s teachers. A black belt in judo and jiu-jitsu and a college graduate with a degree in Physical Education, he is an example for all young people in the community who aspire to fulfill their dreams - whether it is to be a great athlete or a successful professional in several areas.

"I went to college and graduated thanks to the project,” said Borges. “It gave me a very different life perspective from the one I had before. The children of our project see how far we have come and they know that if you have that motivation, all you have to do is seek what you want to do to succeed in life." 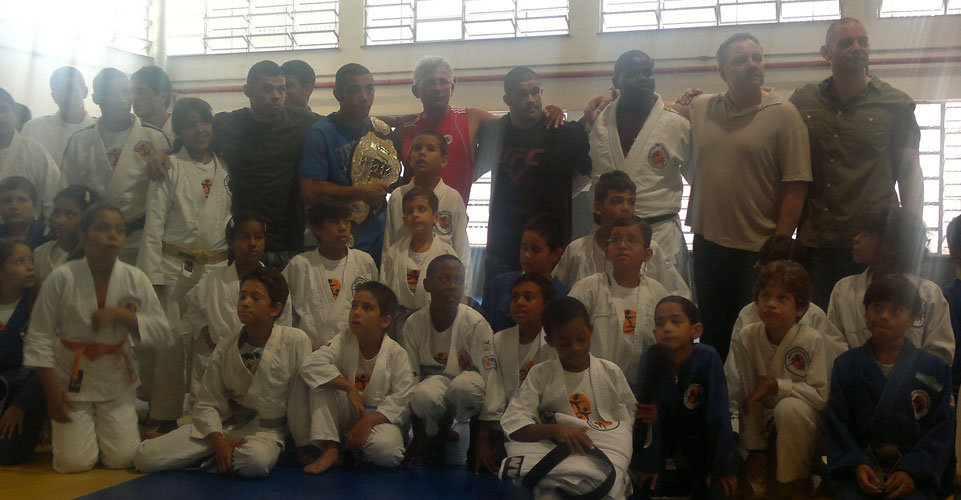 The institute is a nonprofit association that works in a low-income communities in the city of Rio de Janeiro, with the objective to promote human development and social inclusion through judo and and complementary activities – cultural trips, physiotherapeutic care, English lessons, and learning support, among others.

Founded in 2003 by Olympic medalist Flavio Canto and a group of friends, the Institute serves approximately 1,200 children and young people of ages four to 25 in five places: two in Cidade de Deus (Jacarepaguá), 1 in Tubiacanga (Ilha do Governador), 1 in Rocinha (Sao Conrado) and Pequena Cruzada (Lagoa), and has eight programs: Olympic, Work Market, Education, Scholarship, School of Judo, Cultural, Voluntary and Health.

The central idea is to use sports as a tool to develop social, cognitive, personal and productive skills in the students. The sport chosen to achieve the proposed objectives is judo, an Olympic sport, with strong educational components based on discipline, respect for others, non-violence, strengthening self-esteem, confidence and determination.

From judo, the gateway to the Institute, students are directed to social, cultural, environmental and educational activities. 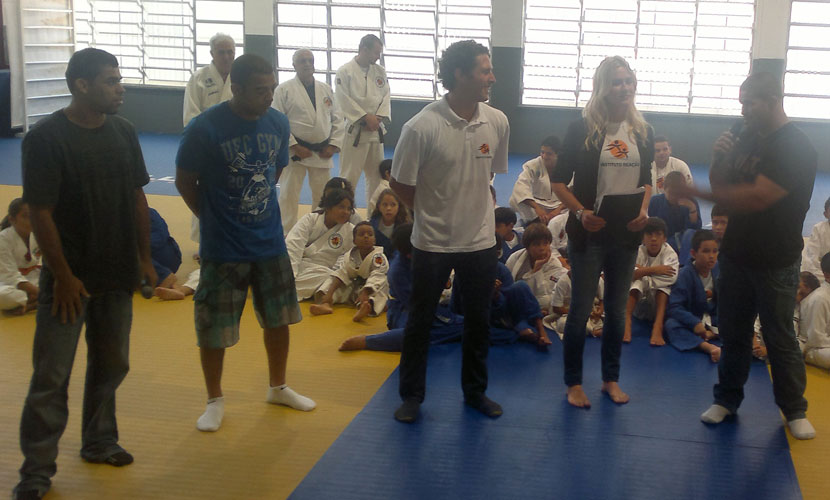