The UFC Returns to Manila this October 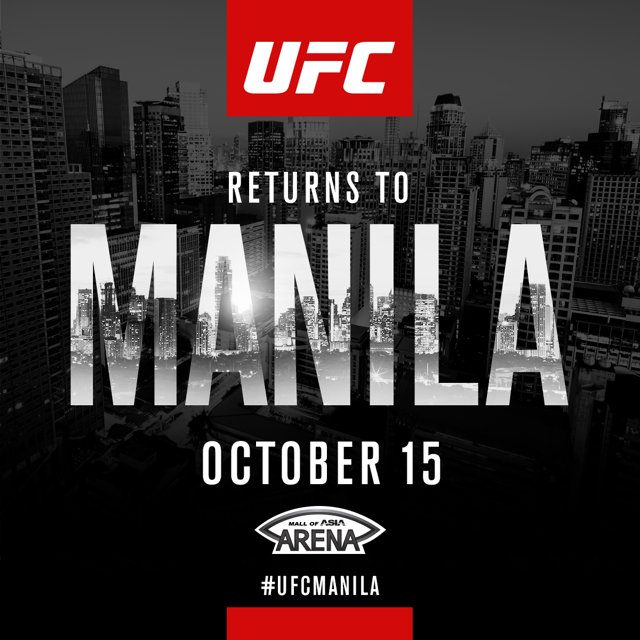 Following a memorable debut in the Philippines in 2015, the UFC will be back in Manila on Saturday, October 15 for an event to take place at the SM Mall of Asia Arena.

No bouts have been announced for the UFC FIGHT PASS event, which follows the card in May of last year headlined by the bout between Frankie Edgar and Urijah Faber, as well as the final match of Mark Munoz' career.

“We are very excited to be back in the Philippines,” Kenneth Berger, Executive Vice President & General Manager of UFC Asia, said. “The consistently warm reception we receive from Filipino fans and last year’s sold out event shows us that UFC has an incredibly strong following in the country. Manila is a fighting city and we hope to put on another unforgettable show that will capture the hearts of Filipino sports fans throughout the country.”

Stay tuned to UFC.com for ticket for the August on sale date and fight card announcements for UFC Fight Night: Manila.