The last two weeks of The Ultimate Fighter: Heavy Hitters have showcased the best of Team Whittaker thus far, with the middleweight champion getting his first two wins in back-to-back fights in the heavyweight and women's featherweight divisions.

Letson has been in the spotlight quite a bit over the last few weeks - for better or for worse - as she's struggled to get her best training while working under Whittaker and his team of coaches. Letson is the only American fighter on her team, which has created a lot of problems with the language barrier between her and the coaches.

At the very start of the season, Whittaker said that he wasn't going to try to reshape his team into totally new fighters, but instead he just wanted to keep them conditioned and ready to compete. Unfortunately, Letson is used to a much more strenuous training schedule and so she's felt like she's not getting the work she needs to compete at her best when it comes her time to fight.

The training situation has been simmering all season long but now that Letson is preparing to fight, she's noticing the problems even more than usual.

Letson has expressed interest in potentially switching teams if the training situation continues to keep her from reaching her full potential. Of course, there have been several times in the past when fighters switched teams midway through the show. so it will be interesting to see how Letson handles her training with Team Whittaker going into her fight and whether or not that will eventually push her to try and join Team Gastelum.

As for her opponent, Bea Malecki comes to the show from Stockholm, Sweden, where she's only had two fights in mixed martial arts, but has a bigger history in Muay Thai kickboxing.

Malecki trains out of the AllStars gym in Sweden, which should sound familiar because that's the same place where two-time UFC title challenger Alexander Gustafsson trains as well as several more notable fighters, including Ilir Latifi, David Teymur and Jimi Manuwa.

Coming into the competition, Malecki was out to prove that she belonged among the best fighters in the world despite having less experience than many of her counterparts. Plus, Malecki has been known for her looks, but not as much about her fighting skills. Malecki will never shy away from her desire to get dressed up or put on makeup, but none of that diminishes her fighting skills inside the cage.

Now Malecki has a chance to prove herself while going up against a tough competitor in Letson.

Meanwhile, Letson comes to the show from Milwaukee, where she's amassed a 4-1 record in her fighting career. She's also a veteran of Invicta Fighting Championships.

While she suffered a setback in her debut, Letson has since rattled off four wins in a row, including a jaw-dropping knockout against former UFC bantamweight Elizabeth Phillips in her last fight from early 2017. 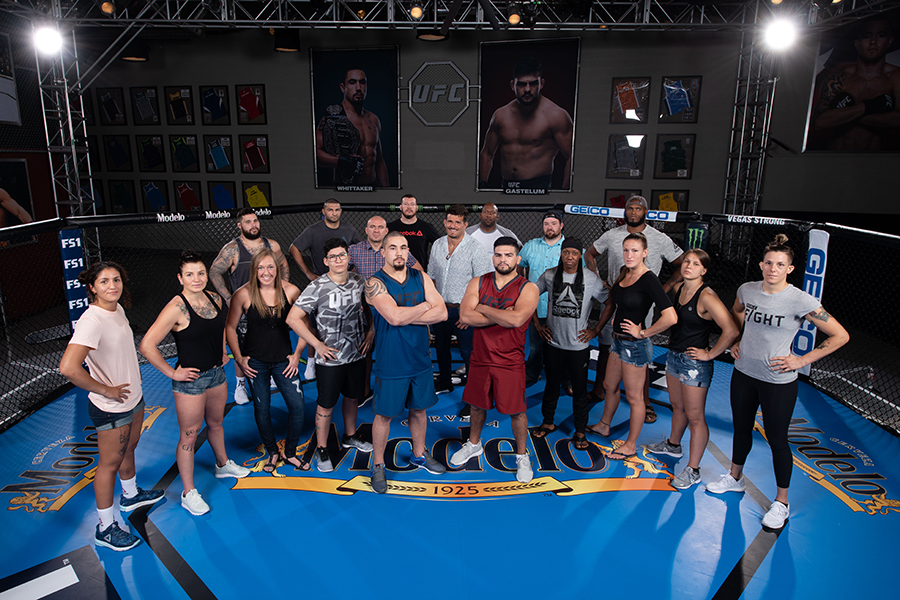 Following that win over Phillips, Letson was definitely riding high and that's when she got a call from the UFC as the matchmakers were looking for an opponent to face former Invicta FC women's bantamweight champion Yana Kunitskaya in her debut. Letson accepted and was unbelievably excited to join the UFC roster.

Sadly, the fight never happened because Kunitskaya was pulled from their bout so she could then step up to face UFC women's featherweight champion Cris Cyborg on short notice at UFC 222 in March. Afterwards, Letson wasn't sure if she would still end up joining the UFC, but she got her answer when she was instead offered a spot on the newest season of The Ultimate Fighter.

Much like Josh Parisian, who competed on Dana White's Tuesday Night Contender Series, Letson was anxious to join the UFC roster, but now she'll get the chance to gain some more experience and hopefully become the newest Ultimate Fighter champion.

Letson seemed to be one of the higher rated fighters coming onto the show, especially given the fact that she had already been considered for a matchup in the UFC before her fight fell apart. She is a strong, well rounded featherweight with good power in her hands and a strong top game when she's able to take the fight to the ground.

It's that all-around game that might give Letson an advantage in this particular fight because she's going to have more ways to win than her opponent.

As for Malecki, she is a very strong Muay Thai stylist who is one of the tallest fighters in the competition. Malecki possesses a ridiculous 74-inch reach - the same reach as former two division champion Conor McGregor - so she's going to have size and reach on just about everybody she faces. Malecki also has great knees and a nasty kicking game. To win this particular fight, Malecki may want to avoid throwing too many kicks out of fear that Letson might use that as a way to take her down.

There's no doubt, just based on experience, that Malecki will be the underdog to Letson once they step into the Octagon together. To win this fight, Malecki has to rely on her strong striking game while keeping Letson at the end of her punches and kicks so she doesn't give up the takedown.

For Letson, she has to mix things up and show off that all-around MMA game so she doesn't attempt to turn one-dimensional and just face Malecki on the feet. As proven with the devastating knockout she earned in her last fight, Letson isn't afraid to go toe-to-toe with anybody, but she has to know trading shots with Malecki on the feet is the best chance the Swedish fighter has to win.

It will be interesting to see whose game plan comes out on top when Letson meets Malecki in the latest fight of the season on the next episode of The Ultimate Fighter: Heavy Hitters, which airs tonight at 10 pm ET on FS1.