Hear how top-ten welterweight Tarec Saffiedine moved past injury to return with his power intact. 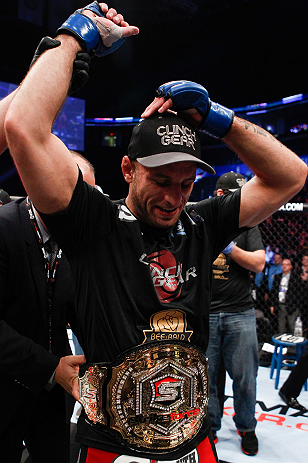 UFC’s promotional debut in Singapore on UFC Fight Pass is set to feature an explosive main event when former Strikeforce welterweight champion Tarec “Sponge” Saffiedine (13-3-0) squares off against Hyun Gyu “The Ace” Lim (12-3-1) on Friday. It’s an especially important bout for Saffiedine; not only will it be his UFC debut, but also his first fight in nearly a year.

“I’d like to keep what my injuries were on the low side of things, but I basically got sick of dealing with them,” the Belgian-born boxing specialist told UFC.com. “When I fought Nate Marquardt I had a nagging injury that I didn’t treat, and when I went to fight Robbie Lawler [at UFC on FOX 8 in July], another injury occurred. I figured I’d treat both at the same time.”

Here, Saffiedine lets us in on some of the secrets to throwing a perfect punch.

Polishing His Power
A win is a win, but Saffiedine understands that a an early knockout always makes a good impression -- the kind he hopes to make in his UFC debut. Saffiedine offers this advice if you’re looking to develop knockout power with your punches or kicks,

Build a foundation. “Get a good coach and start with the basics. Learn to throw a proper punch, knee, and kick, and then add strength conditioning. Kicking a pad will develop power in the legs, but there is a strength and conditioning element, too.” 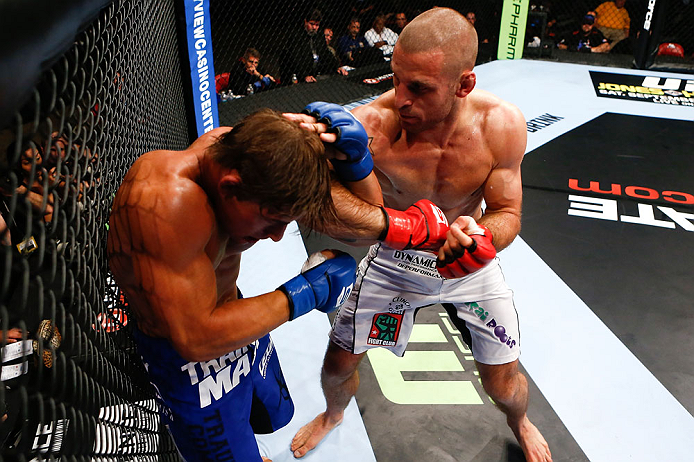 Put your body into it. “Heavy punches come from the back, hip, arm, feet, and legs — it’s a transfer of strength.”

Blast off. “Do a lot of plyometric work with medicine balls and movements that involve jumps and developing explosive power.”

Take a step back. Finally, treat your body right and listen to it if you're injured. Getting back to perfect health wasn’t
an easy task for Saffiedine: Here’s a guy who typically trains three
times a day six days per week, forced to watch watching from the
sidelines. The timing made things even worse; after being picked up by
UFC when the promotion absorbed Strikeforce, Sponge was itching to
showcase his skills in the Octagon, not a physical therapist's office.

“When
you’re injured, the beginning is frustrating,” he revealed. “And then
you have to keep your mind focused and tell yourself that you’ll come
back stronger.” Reminding himself that he needed a healthy body in order
to compete in his chosen field helped him keep his forced hiatus in perspective.

Instead
of dwelling on the negatives, Saffeidine focused on staying upbeat. “I
was supposed to fight Lawler and it didn’t work out,” he explained. “But
I stayed positive and did what I needed to do. Now I have this
opportunity on January 4. I think it all happened for a reason.”