Smith on a mission to prove he's a changed fighter 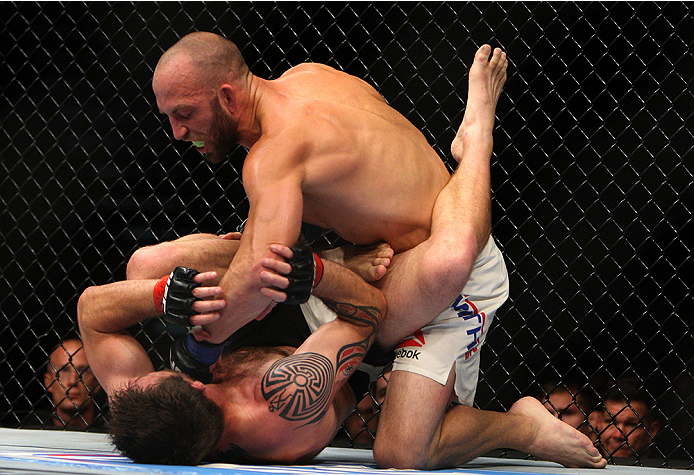 What are we going to call this new and improved Trevor “Hot Sauce” Smith?

At The Ultimate Fighter: American Top Team vs. Blackzilians Finale, the UFC middleweight took to the Octagon and delivered a one-sided, head-turning performance against veteran submission artist Dan Miller. With scorecards that read 30-25, 30-26, 30-25, it was more than a unanimous decision win for Smith - it was a statement for things to come.

“It was the first camp I came in shape for,” Smith said. “All that responsibility falls on me, but it was the first camp I trained to the point where I had that confidence that when I went out there, no matter what, I knew I was going to put on a good performance. I had confidence in my shape and I changed my game plan. I was a lot bigger and stronger and, when I’m in shape, I can wear everybody out. The game plan was to put him against the fence, get him a little tired, take him into deeper water, put him on the ground, beat him up on the ground and see what we could do.”
RELATED CONTENT: Trevor Smith matchup vs Joseph Gigliotti | Fighter bio | Action on Saturday on FS1

At 35 years old with the past seven and a half of them spent as an MMA pro, Smith is a changed man, a better fighter and he’s taking the fight game more seriously than ever before. The win over Miller did more than improve his pro record to 13-6, it gave the 185-pound division a hint of what the former NCAA Division I wrestler from Iowa State University’s true potential is. And it is Smith’s mission to not only win inside the Octagon, but to continue to destroy people’s preconceived notions of him as a fighter.

“I actually felt bad for Dan Miller having to make his comeback fighting me,” Smith said. “I’m sure he had different expectations, like other people who have seen my old fights. They had an expectation I was going to come out, I was going to gas, I was not going to do this or not going to do that. I felt bad after that fight. I wanted to say he wasn’t fighting the same Trevor Smith. He was fighting somebody different, so it’s not fair to judge him off those scorecards because he fought somebody completely different. I want to change people’s expectations from what they’ve seen in the past. I want to increase my value with the UFC and with my fan base.” 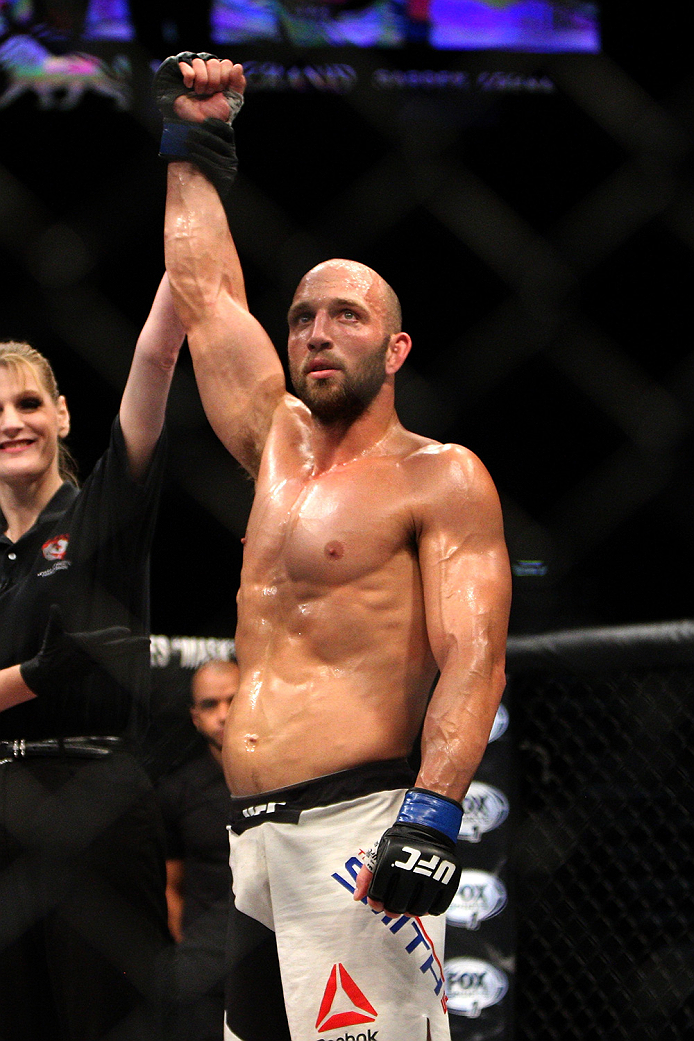 2014, which he admits was a career “rock bottom”. A few months later, the Washington native was making his first trip to train with his new team at Arizona Combat Sports. Under the watchful eye of head coach Trevor Lally, Smith has a solid talent pool to work with in Tempe like Clifford Starks, Matthew Frincu and BJJ black belt Steve Rosenberg. Coupled with his revamped training is simply a better mindset, which has Smith excited for the future.

“The people around me now are great, but I’ve also matured,” he said. “I have a little more foresight than I did back in the day when I thought I was a badass. Thales Leites? Yeah, I’ll take that fight and we don’t even need to train. I can beat anybody. Now, you have to be smart with the way you train and be smart with the way you fight. If you put in that time and effort, then when you get in the cage, it’s going to look easy. You hear everybody say it - you train hard now, the fight’s going to be easy. It’s absolutely true. You have to make yourself do those sprints, those hard rounds. You have to make yourself conditioned not only with your body, but with your mind to go through that adversity. That’s the understanding I’ve come to in my old age.”

This Saturday in Salt Lake City at UFC Fight Night: Rodriguez vs. Caceres, Smith’s journey of self-discovery and stacking some wins together will collide with UFC debutant Joe Gigliotti. The 22-year-old with a 7-0 pro record will provide an interesting test for Smith as Gigliotti owns all of his wins by finish and he trains only minutes away at rival Arizona gym, Power MMA & Fitness. Smith will aim to prove this new and improved fighter is here to stay as he tangles with an eager and dangerous Gigliotti.

“I think it’s the UFC stepping back and saying, ‘We know you’ve changed camps, so let’s see how hard you’ve been working and see what you can do against this new dude,’” Smith said. “When you get someone new to the UFC, they’re going to be hungry. I’m not taking anything for granted. I know the kid is 7-0. I’m expecting the best opponent I’ve faced yet. Maybe he doesn’t have the history of some of these other guys like Dan Miller, but I expect a kid who is going to come in hungry and wanting a fight and wanting to earn his spot in the UFC. I have to focus on what I’m doing and make sure I show up to the best of my abilities - I see myself doing very well.”