With the LFA as the newest addition to UFC FIGHT PASS, we are your one stop shop for over half of the fights in Simon’s 17-fight career!
By Walker Van Wey • Nov. 18, 2019

At 7-0, Ricky Simon got his first chance at regional gold when he fought for the Titan FC bantamweight title and came up short. At 9-1, he fought and won on Dana White’s Contender Series but received no contract. Only one promotion could salvage his motivation.

Back in 2016, Simon, a -420 favorite, came out swinging against Anderson dos Santos, stuffing takedowns and putting the fight on the canvas himself, but after absolutely dominating, Simon ate a shot in the second round that took him to the ground, and it was a matter of seconds before his neck was exposed. A warrior to the end, Simon refused to tap, suffering a second-round defeat.

With two bounce back performances, Simon grabbed the attention of the UFC, and just over a year later, Simon would find himself on DWCS with a chance to effectively erase the memory of his lone loss if could earn a contract with the sport’s biggest promotion.

Simon earned a split decision victory over Donavon Frelow in August 2017 that got Dana White’s attention, but it wasn’t the killer performance he was looking for. 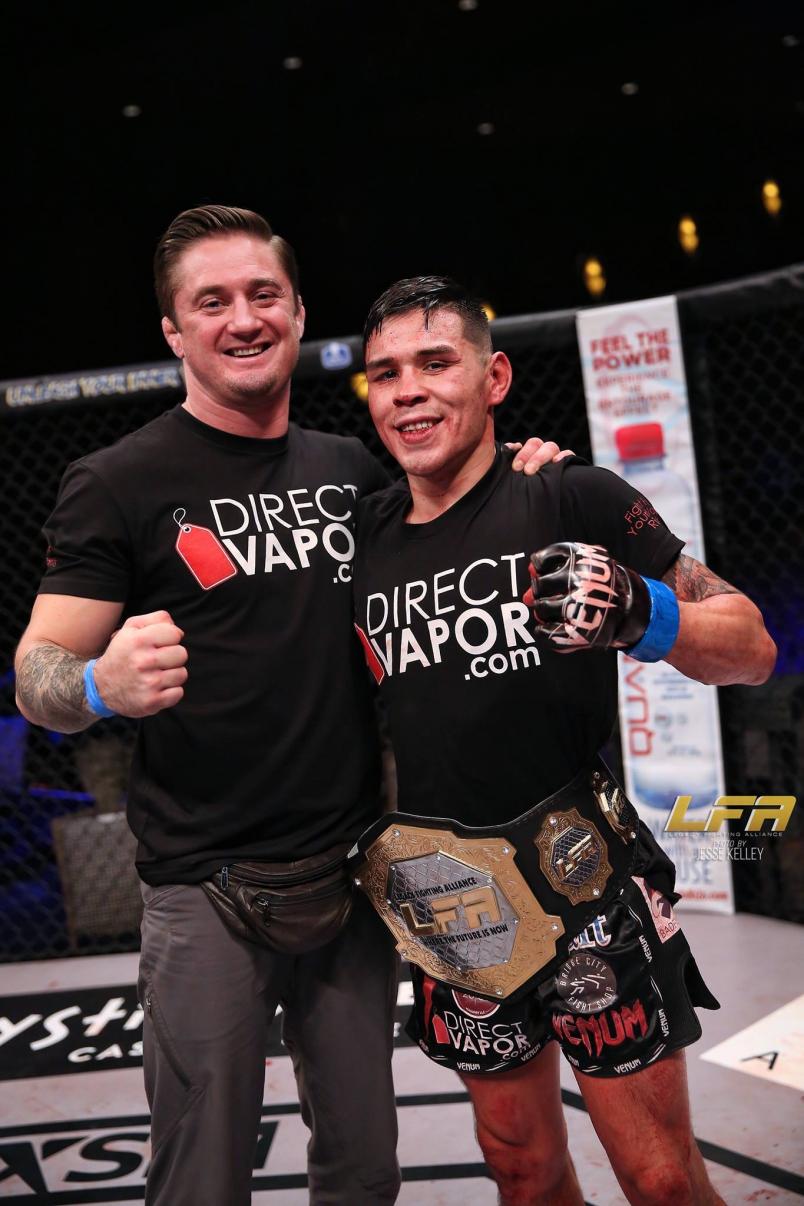 After a failed title shot and a failed chance to shine and earn a UFC contract, it was a reluctant trip back to the drawing board when LFA came calling with a title opportunity that Simon couldn’t turn away.

“At that point I had the mentality that I just want to prove that I belong in the UFC, so I felt like fighting for a title at the LFA was the next best thing,” Simon said. “I knew that if I could go out there and win that, then you can’t really deny me.”

Simon walked into a title fight with UFC veteran Chico Camus only four months after his DWCS performance, eager to make the LFA his last stop before the Octagon. Simon introduced himself to LFA with a performance so dominant, he won the vacant LFA bantamweight title. 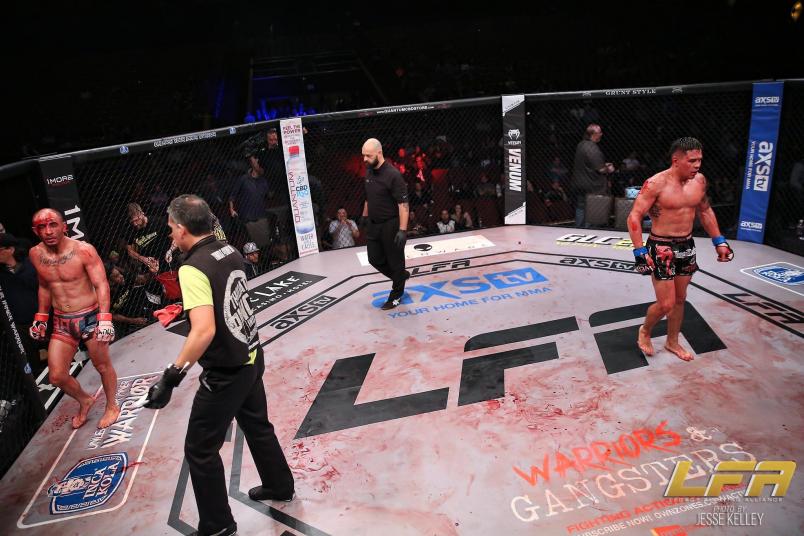 Yet it was a draining reality when the phone call from the UFC still had not come.

“I definitely got exhausted,” Simon said. “Especially after I went in and had a five-round battle with Chico Camus and had a 10-8 round against him and I proved I belonged and I still didn’t get a call after that. Going into the Chico fight there was plenty of motivation, plenty of spark, so when I didn’t get it after that one and I had to defend my LFA title, I felt like I was backed into a corner.”

A phone call to his mother followed his title-winning performance, as the most disappointed champion in MMA found out he would be defending his LFA title again four months later at LFA 36.

It was the payoff pitch for Simon’s career. Much like DWCS, winning alone didn’t guarantee Simon his dream contract from the UFC, but a loss would push the hopes even further out of reach. The options were win big or call it a career. 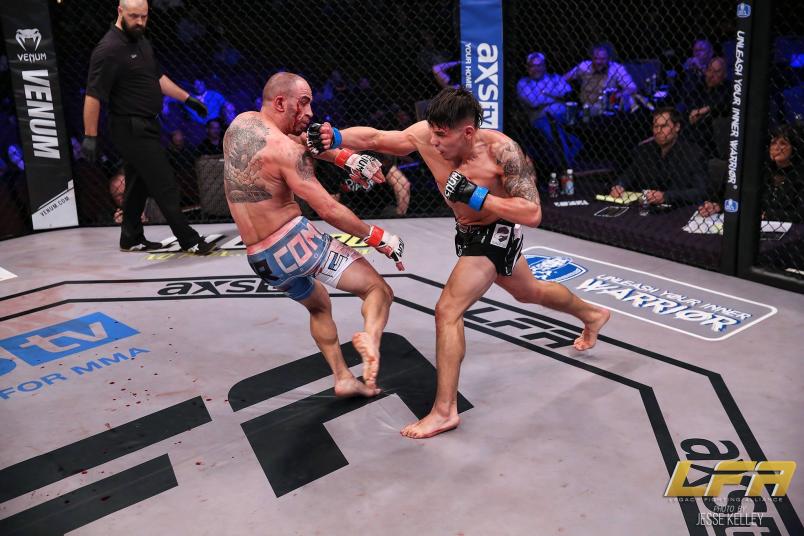 With his career on the line, Simon mowed through Vinicius Zani in only 59 seconds. It would mark the third fastest finish in his career and the only title defense necessary.

As quickly as Simon finished Zani, he was in the UFC, making his debut against Merab Dvalishvili in April 2018.

It was a longer road to the big show than he expected, but he appreciates the platform he had with the LFA to get there.

“In the LFA you’re fighting the top-level competition,” Simon said. “As an up and comer, it’s a little scary because you know you’re fighting other killers, other prospects who are right about to get signed too. In MMA you never know what’s going to happen. You know you’re going in there to fight top level competition so that’s the good thing and the bad thing about it.”

Simon stuck it out and turned the high stress, high risk into a high reward.

With the LFA as the newest addition to UFC FIGHT PASS, we are your one stop shop for over half of the fights in Simon’s 17-fight career!