Shore "Over The Moon" To Get Call From UFC

"I didn't know what to do or who to tell, so there were a thousand and one things going on in my head. Obviously, I was delighted, I was over the moon, and it was an opportunity I dreamed of getting. So it was a surreal couple of hours.”
By Thomas Gerbasi, on Twitter: @TGerbasi • Sep. 25, 2019

It was date night in Abertillery, a chance for Jack Shore to break away from training for a while and catch a movie with his lady.

Then the phone started ringing.

“It was my father, who's my head coach, ringing me,” said Shore, who didn’t have anything on his fight schedule after a third-round submission win over Scott Malone in April. “So I declined the call and I texted him and said, ‘I can't talk, I'm in the movies.’”

Shore’s dad, respected Welsh coach Richard Shore, texted back, telling his son that he needed to check his WhatsApp account. There, it was a message from manager Graham Boylan. 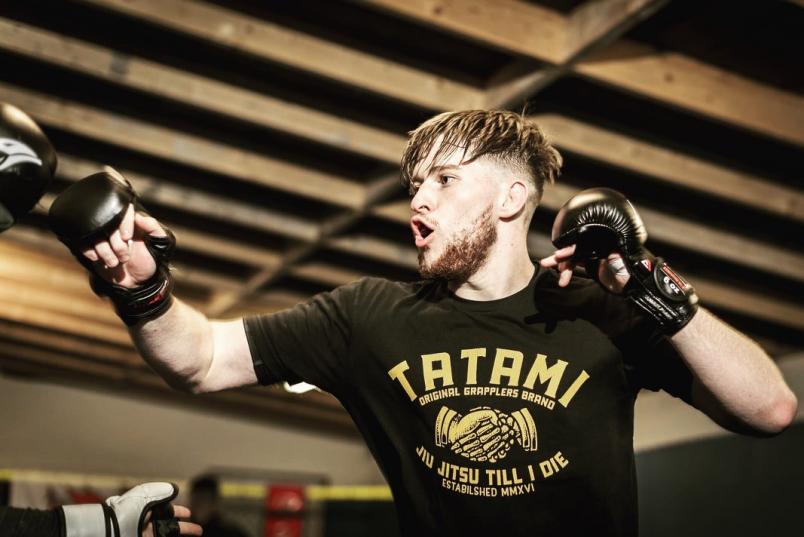 “UFC are interested, can you give me a call?”

“I rushed out,” said Shore. “I didn't know what to do or who to tell, so there were a thousand and one things going on in my head. Obviously, I was delighted, I was over the moon, and it was an opportunity I dreamed of getting. So it was a surreal couple of hours.”

There goes the movie.

“That was the last thing on my mind,” Shore laughs. “I can't even remember the last 20 minutes of it because I was trying to explain to my girlfriend that we had to leave.”

So he was “that guy” talking during a movie?

“It wasn't very good anyways,” said the 24-year-old bantamweight, who starts putting together his own Hollywood story this Saturday when he faces Nohelin Hernandez in Copenhagen. Even though he’s just 11-0 as a pro, in European fight circles, Shore’s arrival to the big stage was a seemingly foregone conclusion. “Tank” agrees.

“To be honest, after my last fight, I was fairly hopeful I would get a call,” he said. “Especially on the European scene, I took out the next two top prospects behind me in the rankings, and I got finishes as well. So I was hopeful the call would come, and then obviously a couple weeks after my fight I was happy to hear from my manager that they were interested." 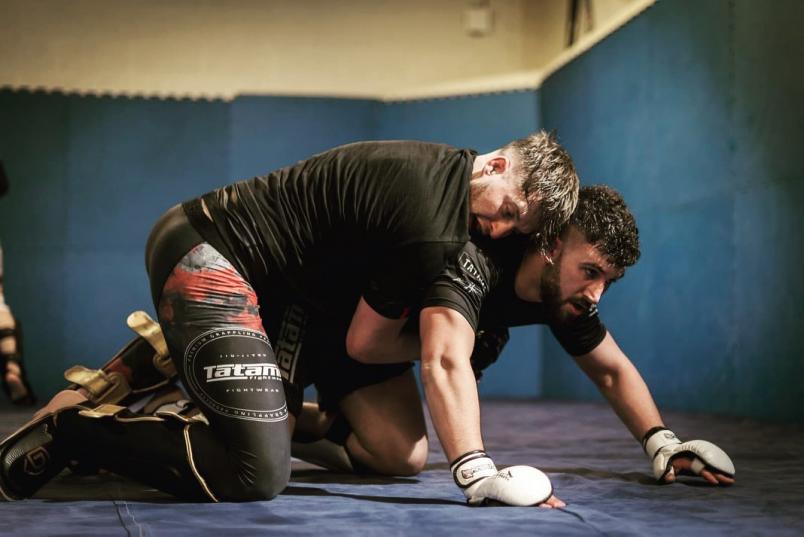 Free Fight: Hermansson vs Jacare | Cannonier's Must See Moment | Inside the Octagon

That interest led to a contract, and while any debut is a big thing, in Shore’s case, it’s another victory for an entire scene, as he becomes the fourth Welshman to make it to the UFC. Ever.

“It (the Welsh MMA scene) has always been good, but ever since Jack (Marshman), Brett (Johns) and John Phillips signed, you've seen the level start to go up a little bit,” Shore said. “People are taking it a lot more serious now. The end goal of getting in the UFC and that being a lot of young fighters' target, it made that seem possible. So there's a lot more people in the gyms now, a lot more people want to fight a lot more often, and it's great for all us Welsh boys. A lot of us train together, so we're all reaping the rewards of the exposure the sport is getting in this country now.”

That could be an enormous weight to have on your shoulders, but Shore is one of the better adjusted fighters in the sport, a testament to not just being in martial arts since the age of six, but for having a front row seat to the rise of his countrymen, particularly his teammate Marshman.

“Me and Jack grew up in the same town and we've grown up training and fighting alongside each other, so I followed his journey from the start,” Shore said. “He was the first Welshman signed, obviously, so, in a way, it's as if he opened the door for us. For a long time, it was as if the UFC just didn't seem interested in anyone from Wales. Then Jack and Brett and John Phillips broke through the door and it opened the flood gates for a lot of fighters like me who had that goal of fighting in the UFC seem possible. And I've cornered Jack once or twice when he's fought in the UFC, as well, so I've got an idea of how things work and how the fight week goes, so having that experience going into my first fight in the UFC is going to benefit me.”

So as far as the infamous first-time UFC jitters go, Shore isn’t too worried about them taking hold once he steps into the Octagon this weekend.

“If I'm honest, I won't call it nerves, I would call it more excitement and anticipation,” he said. “I've been training and competing since I was six years old, so it's 18 years now I've been around combat sports and I've envisioned this for a long time, so to finally get here and get this opportunity is not something I see that's gonna put pressure on my shoulders. It's something I've worked hard to get and I'm looking forward to enjoying it. I want to debut, I want to keep fighting and climbing the ranks. I'm not just looking at it as 'Oh wow, I got to the UFC.'”

That’s a good mindset to have, because there are no easy fights in the surging bantamweight division, and if a fighter thinks there will be an acclimation process, that’s when he gets run over. Shore, who earned his nickname early on for having a style like Tank Abbott, isn’t about to get run over.

“There are a lot of stars coming from the division,” said Shore of his new neighborhood. “The belt has changed hands a lot over the last couple years, which helped create more stars, and it's getting a lot of exposure. The top 10, top 15 guys are all well known guys, whereas a few years before they were still a bit relatively unknown, so it's perfect for me to come in now, walk right in and get in the mix and get into those big fights. Obviously, I want to climb up the ranks and take on those top guys. I've never been one into padding records or taking easy fights. I welcome the opportunity and the challenge to go in there and fight world-class guys and prove myself.”

And no one’s prouder than dad, even if he gets sent to voice mail sometimes.

“He was probably more excited than I am,” said Shore of his head coach’s reaction to his signing. “He's put a lot of work into me over the years and a lot of work into the gym, as well. He set up his own gym back ten years ago in a small town where martial arts and MMA is relatively unknown. He took a big risk all those years ago and he's put nothing but time and energy into me and the other guys at the gym. If you look at it on a bigger scale, there's four fighters in the UFC from Wales and two of them are from a small town in South Wales at a small gym that hasn't had any funding or anyone backing us. We've done it all off our own backs, so I'm ecstatic for him just as he was over the moon for me. And hopefully this is gonna lead to some bigger and better opportunities for the both of us.”