When it comes to a sunny disposition and positive outlook on life, Khalil Rountree may already be a world champion. But the fight game has a peculiar way of chipping at anyone’s positivity, so when Rountree won his elimination bout to get into the house for The Ultimate Fighter 23 and then fell out of the competition when defeated by pre-show teammate Cory Hendricks within a week, he had some questions to deal with, especially with five weeks remaining.

But in typical Rountree fashion, he found a way to make it work, considering the remainder of his time in the house a training camp as he hoped for a second chance.

“I definitely had some days where I felt like I wouldn't get another shot, and I think that was only because I was looking around and observing the guys in the house and everyone was in great shape, so I knew the only way I would really be able to come back is if somebody had gotten injured,” he said. “So I figured, 'Hey, I'm here, I'm in the house, I'm training, so I might as well take advantage, stay in shape, learn,' and lo and behold, I got that second shot.”

That’s the power of positive thinking…and an injury to Hendricks that gave Rountree a semifinal fight against his Team Joanna squadmate Josh Stansbury, which he won via first-round knockout. Friday night, Rountree is fighting Andrew Sanchez for the TUF 23 light heavyweight crown. 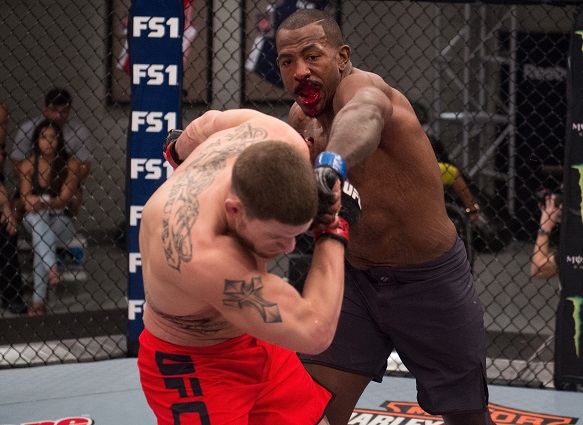 Oddly enough, Rountree got the word that he was back in the competition on his 26th birthday in February, and while most would consider that a happy coincidence, the Los Angeles native isn’t one to believe in such matters. When he says things happen for a reason, that’s not a cliché, it’s a way of life, one that’s hard to ignore if you see the path he’s been on.

The son of Khalil Rountree Sr., the tour manager for Boyz II Men who was tragically killed in a robbery attempt in 1992 when Khalil Jr. was just two years old, the man on the verge of winning a UFC contract appeared to be following his father into the music business when he decided in 2010 that at 300 pounds, he needed to lose some weight.
RELATED CONTENT: Rountree matchup with Andrew Sanchez | Fighter bio | WATCH: Khalil's fight to get into the house | Previewing the TUF finalists

“Fighting just fell into my hands,” Rountree said. “I never was raised to be a fighter or anything like that. I just wanted to get in shape. I watched The Ultimate Fighter, I went and started training and just started making bigger steps. The opportunities came and I took them and I just appreciated them and never had any expectations of that experience.”

Rountree won six of six amateur fights, turned pro in 2014 and won four more. He also learned valuable lessons from middleweight great Anderson Silva, so when TUF came around, he was a natural. And not just because of his fighting ability, but his charismatic personality as well. Call it star quality, and while Rountree is humble enough not to be repeating such things, he’s well aware that he can have more of an impact on the sport than your average prizefighter.

“I think I had that opinion before TUF and once I got there, it was something where people were able to see me for who I really am, and the mentality that I had,” he said. “And once I take a step back from my own ego and everything else that surrounds it, I look at it and I feel like I'm in this sport for a bigger purpose other than just to fight and get a belt. I look from an outside perspective and think there's more to this than just me. This is for a bigger purpose and I just had to surrender to it. It's such a weird situation to be in. I definitely never really imagined being here. But it's not so surreal anymore because I just accept it for what it is.” 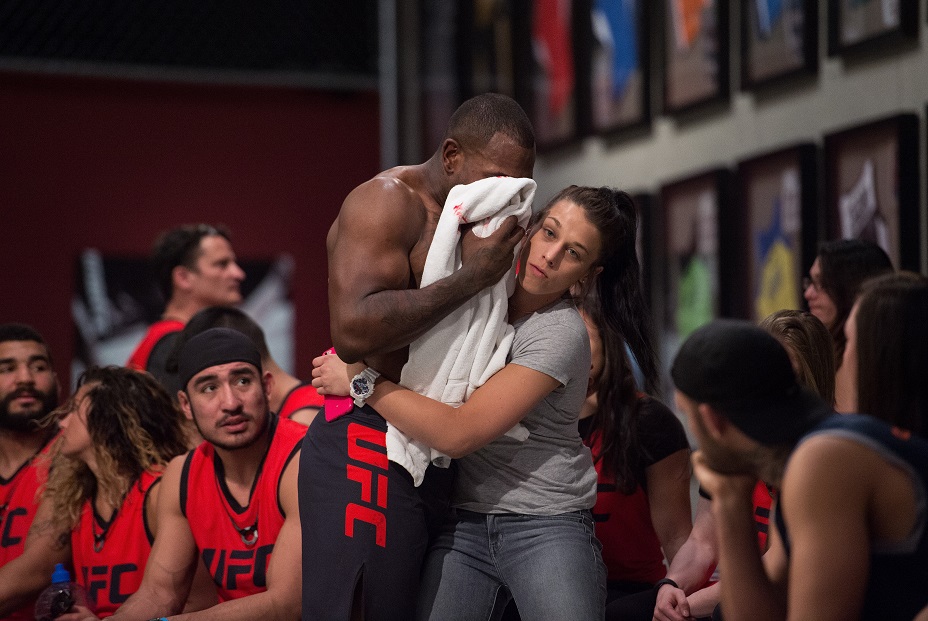 What it is might be getting bigger with a win over Sanchez, and Rountree knows it, but he’s not putting ten tons of pressure on his shoulders. He’s just showing up to fight.

“When I go and fight, my intention is to go out there, give it my best shot, make sure all the fans are entertained, put my talents to use, show all the hard work that I put in every day in the gym and just let it all out,” he said. “Whether I win or lose, I want to make sure the people who are watching are either inspired or entertained. I hope that they can take away something.”