The tides of fortune swing quickly at the highest level of mixed martial arts. Fights can be won or lost in the blink of an eye, and goals that once seemed so far away can materialize in rapid-fire fashion or be pushed to a distance where they will never be achieved. Those conditions make the stakes high with every step taken, but that environment isn’t necessarily foreign to all who enter.

Just north of one year ago, surging flyweight talent Ray Borg went from wondering if and when his chance to show and prove inside the Octagon would come, but three fights and back-to-back Performance of the Night bonuses later “The TazMexican Devil” has established himself as one of the most highly touted prospects in the 125-pound ranks. The FitNHB product has finished his two most recent opponents in impressive fashion, and has brought Borg to a position where his future has the potential to hold much bigger things. 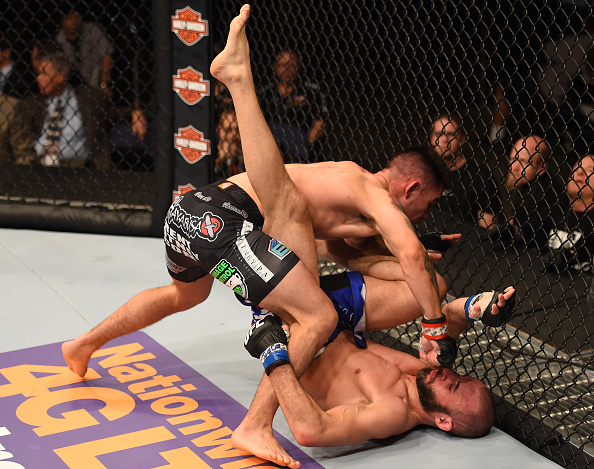 Yet, where a career picking up speed and ramped up talk of bigger things to come has been known to alter the perception of even the most grounded competitors, Borg has deflected any outside the Octagon talk as noise. His ability to do so is due in large part to coming up in the hard knock reality New Mexico’s biggest city provides. Luxuries are few and far between in the “ABQ,” and ground gained in life can be easily lost unless focus is maintained.

“It’s pretty crazy here in Albuquerque,” Borg said. “It’s a really gritty place where you can’t look at anyone the wrong way without them taking it to another level. For example, we had a guy come from California to our gym and he liked to do those prank videos you see all the time on Youtube. We told him that wasn’t going to fly here, but he was all about doing it. Well he went to do it anyway and went to the South Valley, which is one of the roughest parts of the city. He tried to do the prank videos and had people pull guns on him and threaten his life. It’s crazy here because everyone has a chip on their shoulder.”

With two renowned fighting gyms located in Albuquerque, there is an ample amount of fighters who live in the city on a year-round basis. When that factor is mixed in with the hard scrabble element that can be found in different sections of the city, potential dust ups seemingly wait around every corner. Although mixing it up with a trained professional fighter may seem like an illogical option for most, fighters who live in Albuquerque have become all too aware of what can happen if they aren’t mindful.

Borg is certainly keen to the potential pitfalls of his environment, and he protects himself against anything that would put his promising career in jeopardy.

“That’s the worst part, to be honest,” Borg said. “Staying out of trouble in the sense of partying or whatever is easy for me because I don’t really go out or drink. That’s just 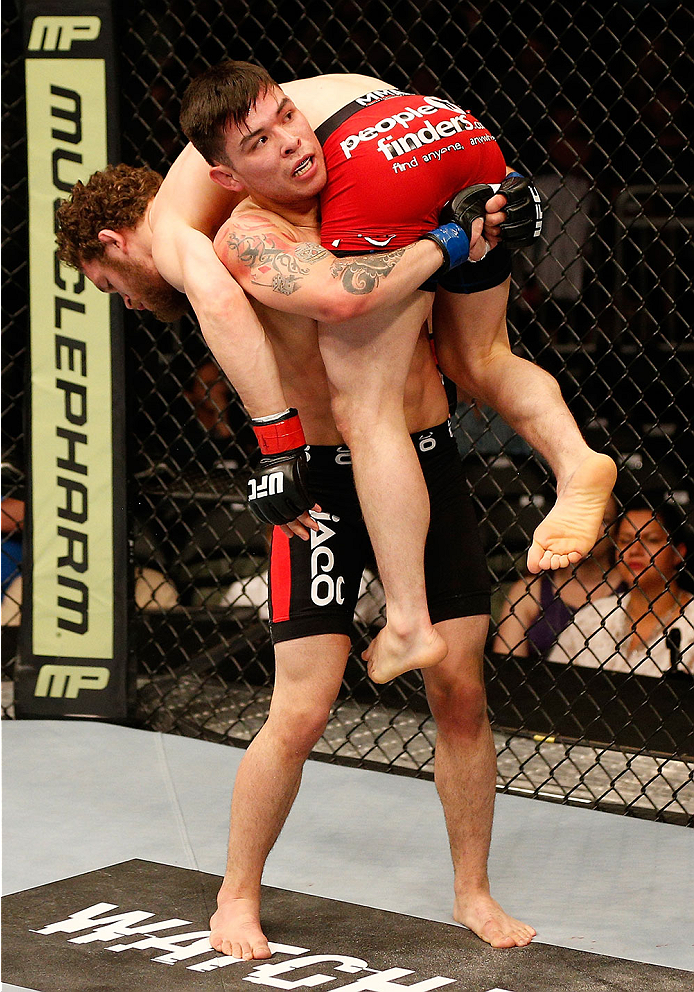 not my style. But anytime you do go out, you have all these young punks and thugs looking at you and trying to test you because they know you’re a fighter. It’s hard, but you have to completely walk away from that conflict because you have a career to worry about. Those situations happen on the regular in Albuquerque because there are a lot of fighters in this city.”

With a lot to look forward to and a solid track record thus far in his young career, Borg has started to generate some serious momentum in the flyweight division. He will be looking to keep all cylinders firing full blast when he steps into the Octagon this Saturday night to face promotional newcomer Geane Herrera at Fight Night: Teixeira vs. Saint Preux in Nashville, Tennessee. Although Borg is still in the early stages of his UFC run, the surging talent has already garnered solid experience, as he’s faced tough competition every step of the way.

He believes the skills he possesses and his growing list of intangibles will simply be too much for Herrera to handle once the door to the Octagon closes. In fact, Borg believes putting the first blemish on Herrera’s undefeated record will be something his opponent will look back on and thank him for at a later date, and that is a service he’s more than happy to provide.

“I’m excited to welcome him to the big stage,” Borg said. “I’m also excited to relieve him of the pressure of trying to keep an undefeated record. I’m sure he’ll appreciate me relieving him of that somewhere down the line. I’m going to go in there and do my thing, and I think he’s a tough opponent. I saw one of his fights in RFA and I remember thinking then that he looked like a game opponent and quality UFC material. I like the style he brings and think it’s going to match up well with mine to make an exciting fight.

“I feel like I have great momentum on my side right now. I feel like I have the upper hand in a lot of departments like experience and confidence. The guy I’m facing next is going to have to deal with the Octagon jitters and that’s something that won’t affect me. I also feel like I’m building momentum in the bonus department, and when I win this fight I’m going to be telling (UFC President) Dana White ‘let’s keep that momentum going as well.’”