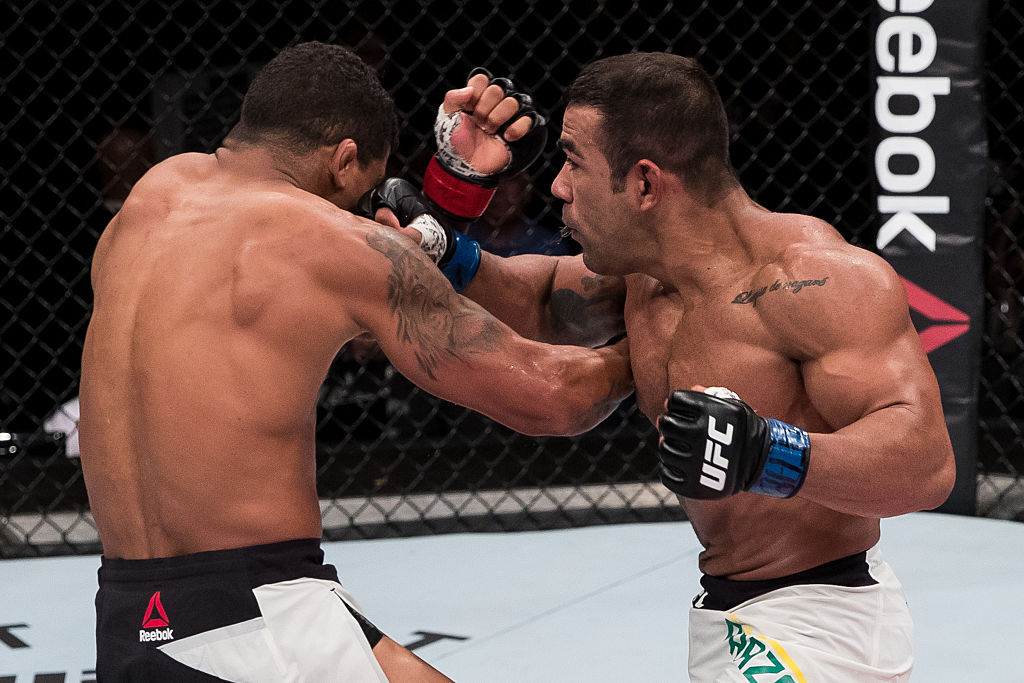 Prazeres’ right hand got Burns’ attention in the opening moments, but in the midst of a flurry in the second minute, Burns struck back with a right hand of his own that produced a flash knockdown. For the rest of the frame, the two jiu-jitsu black belts remained standing, with each getting in his shots, but the more aggressive Prazeres punctuating his work rate with a couple point-scoring takedowns.

The competitive back and forth continued into round two, Prazeres (21-2) again one step ahead of Burns, who scored well with his counters, but needed to start taking the lead more if he was going to control the action.

Burns (11-2) got hurt early in the third round by a Prazeres body shot, and while Burns tried to goad Prazeres into a ground battle, Prazeres wasn’t playing along, forcing the Rio native to get back to his feet, and while there, it took a long spell for Burns to recover. Once he did, he made a late charge, but a takedown in the final seconds capped off the win for “Tractor.” 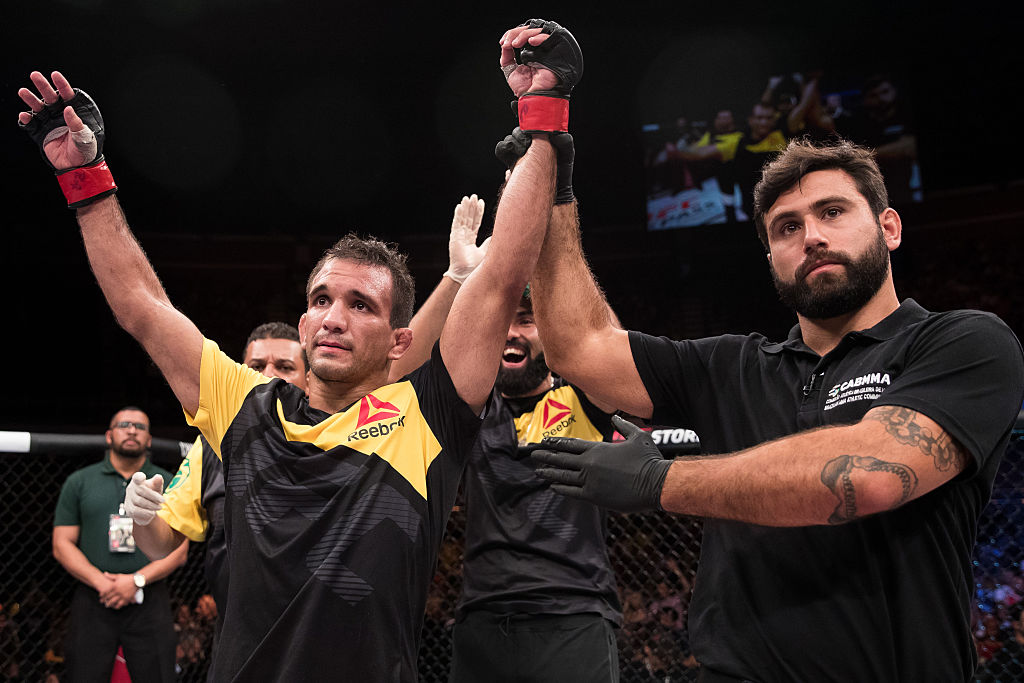 A clash of kicks sent the bout to the mat in the second minute of round one, and Yahya jumped right into an arm triangle choke. Tanaka stayed calm under pressure, but Yahya wasn’t letting go. Eventually though, Tanaka won that battle, with Yahya releasing the hold at the midway point of the round. In a scramble, Tanaka got into the top position and kept it until the end of the round, but wasn’t able to do much damage.

Yahya wasn’t able to put Tanaka in serious trouble in round two, but he did control the action wherever it went, allowing him to put the frame in the bank.

Tanaka had a good third round, but not to the extent that he was able to put Yahya in danger, which kept him on the short end of the final judges’ verdict of 29-28 on all three scorecards. 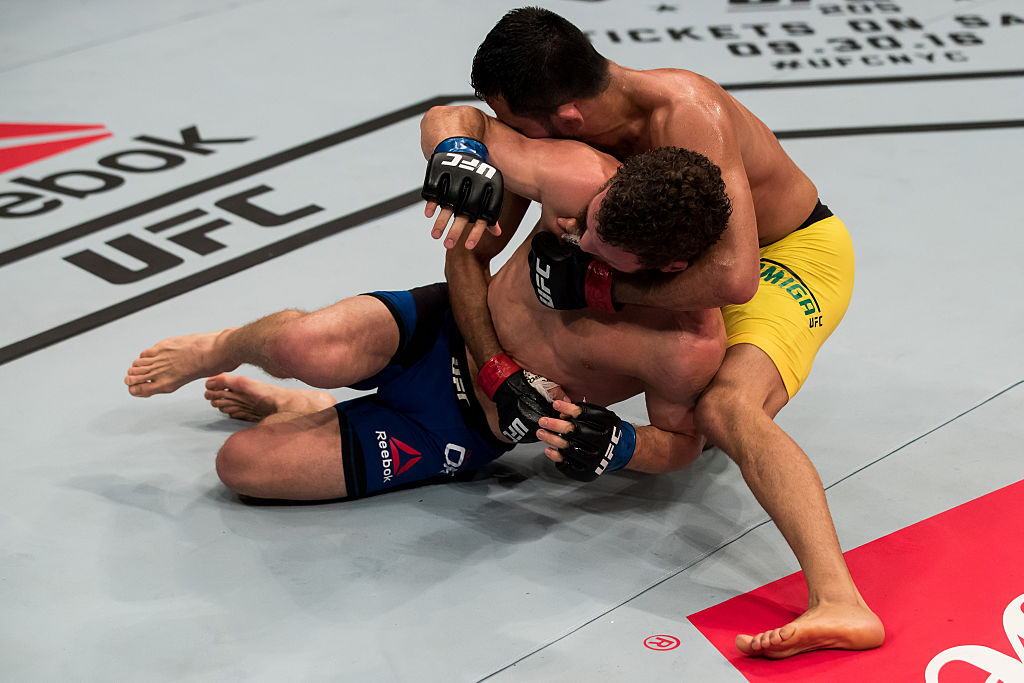 In a clash of flyweight contenders, No. 3-ranked Jussier Formiga made his Brazilian fans happy with a three-round unanimous decision win over No. 12-ranked Dustin Ortiz.

Formiga got a takedown early and controlled the position battle for the first half of the round. A nice sweep by Ortiz put him in the top position, but Formiga stayed busy as he looked for the submission. The fighters remained grounded until the final seconds, each getting some valuable points on the scorecards.

Going back to the mat in round two, Formiga (19-4) began to surge ahead, getting the mount position and then taking Ortiz’ back. And while he wasn’t able to finish the American, he did have Ortiz (15-6) on the defensive throughout, and nothing changed in the final frame, as Formiga’s swarming ground attack gave Ortiz no opportunity to turn the fight around. 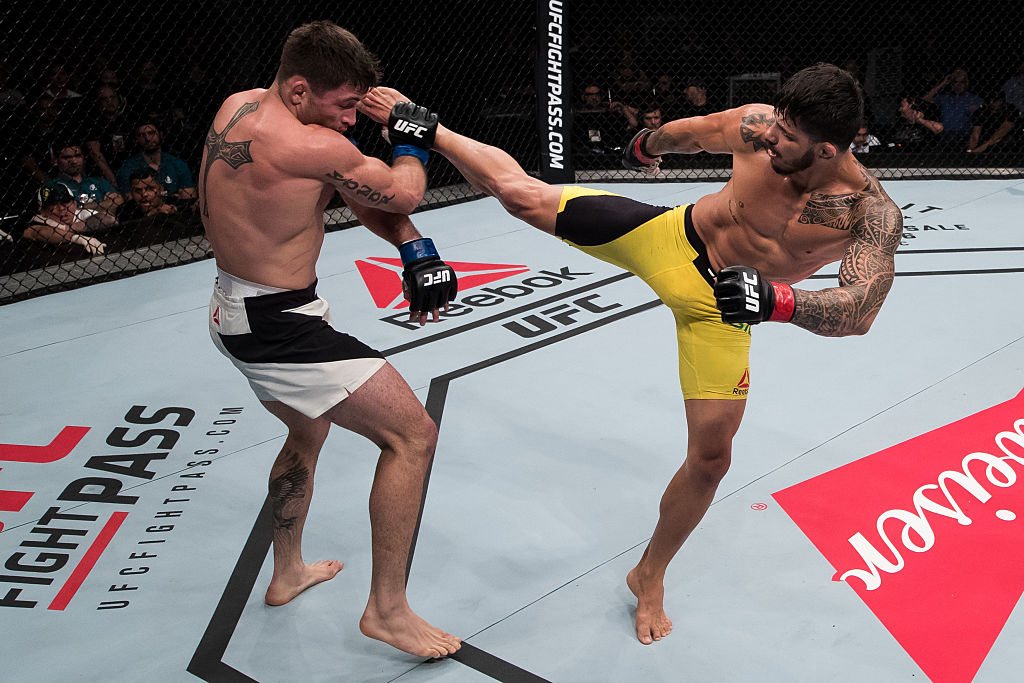 Welterweights Erick Silva and Luan Chagas went after each other for nearly three rounds, with Silva ultimately outlasting Chagas and securing the submission win in the final round of an exciting back and forth bout.

After a tactical start, Chagas drew first blood with a left hand that knocked Silva down. Silva recovered quickly and got back to his feet, opting to get a little busier with his punches and kicks. Chagas looked to have more one-strike stopping power though, with a knee forcing Silva to reset his attack. In the final 30 seconds though, a right hand put Chagas on the deck, opening him up to several hard ground strikes until the horn sounded.

An inadvertent low kick brought a momentary halt to the action in the opening minute of round one, and the two tumbled to the mat once the fight resumed. There, Silva fired off strikes as Chagas looked to lock up a leg.  When they rose, a left uppercut from Chagas grounded Silva, and now it was the Curitiba native on top, and the elbows started flying. To escape, Silva turned, but he wound up in a worse position than before. Chagas tried to secure an armbar, but Silva fought free and got into the top spot before taking Chagas’ back, where he nearly got the rear naked choke in before the round ended.

Both fighters were winded by the fast pace of the previous two rounds, but neither stopped trying to make something happen in the third, and Silva, the fresher of the two, was the busier fighter. Chagas kept him honest with some hard punches, but a sloppy takedown attempt allowed Silva to swoop in, take the back, and sink in the rear naked choke that produced the tap at 3:57 of the third round.