Pound-for-Pound - Rousey does it Again, Finishes Cat in 14 Seconds 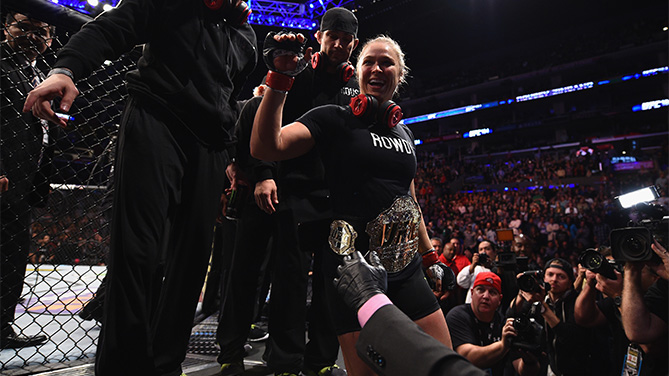 LOS ANGELES, February 28 – Who’s left? Facing someone most considered to be her stiffest test, UFC women’s bantamweight champion Ronda Rousey instead did what she has done throughout her career; she made it look easy, taking just 14 seconds to submit number one contender Cat Zingano in the UFC 184 main event at STAPLES Center Saturday night.

The victory, which saw Rousey successfully defend her title for the fifth time, followed her 16-second finish of Alexis 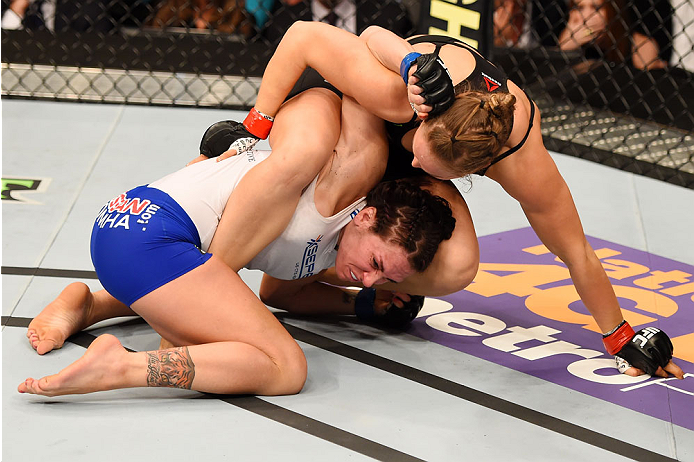 Davis last July. In her last three bouts, Rousey has fought a combined 96 seconds, and if she isn’t on top of the mythical pound-for-pound list, she should be.

Looking to make something happen immediately, Zingano ran out of her corner, trying to land with a knee.

“We were expecting that she might do that,” Rousey said.

With the knee not landing, the two fighters instead got tangled and flew to the mat, and after a wild scramble there, it was Rousey’s world, with her trademark armbar and the tap out coming just 14 seconds into the bout, capping another performance which leaves the question of who could possibly challenge her.

Rousey mentioned the names of Holly Holm and Bethe Correia, and there is always the specter of Invicta FC featherweight champion Cris “Cyborg” Santos, but at the moment, the results have shown that to beat Rousey, a fighter will have to be something special.

With the win, the 28-year-old Rousey improves to 11-0; the 32-year-old Zingano falls to 9-1.
> Watch: Ronda Rousey Backstage Interview