Pfister Excited for Showdown with Northcutt 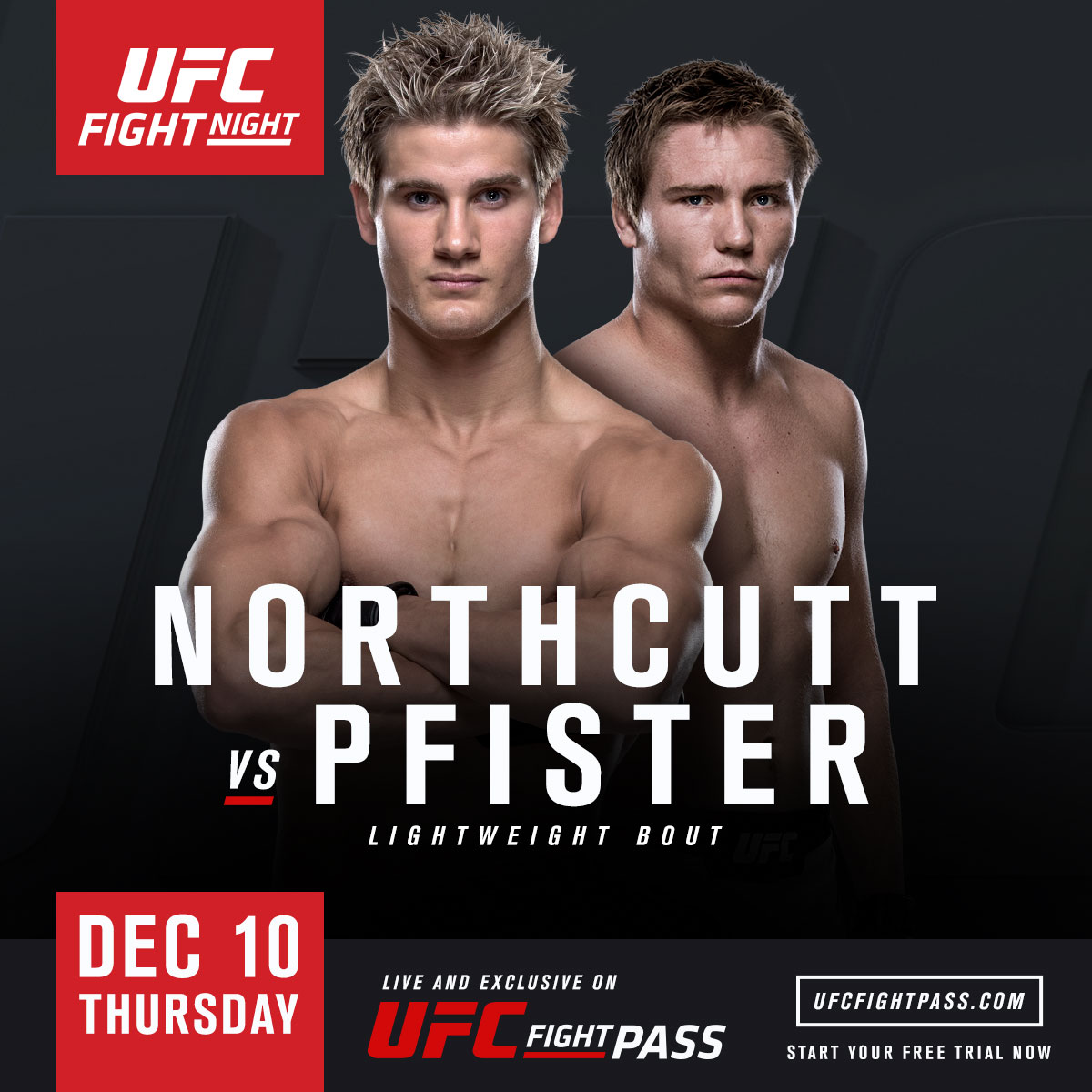 As a fellow Texan, Amarillo’s Cody Pfister was familiar with Katy’s Sage Northcutt before he was offered a fight with his fellow lightweight prospect on December 10 in Las Vegas, so after accepting the UFC FIGHT PASS bout, he knows just what to expect from their matchup.

“I’ve heard of him before and I’ve actually seen some of his stuff,” Pfister said of Northcutt. “He looks like a tough kid and a good athlete from what I’ve seen. I’m just lucky to get in there and fight a stand-up guy and go in there and bang with him. I want to go get that Fight of the Night and I think we’re going to steal the show.”

The bout is a big one for the 25-year-old Pfister, and not just because it gives him the chance to go over the .500 mark in the UFC after splitting his first two Octagon bouts. He’s heard the buzz around the 19-year-old Northcutt, and he knows that if he can hand “Super” Sage his first pro defeat, a lot more eyes will be on the rise of Cody Pfister.

“I really thought it was a great opportunity,” he said of taking the bout. “This kid is in the spotlight right now, so the way I’m looking at it is, I’m gonna take all that hype away from him. I’ve heard them saying he’s the next GSP. Well, they haven’t seen the first Cody Pfister yet.”

A pro since 2010, Pfister bounced back from a hot and cold 4-3 start to win eight of his next ten bouts, with the only loss coming via second-round submission to James Moontasri in his UFC debut in February. Five months later though, he entered the UFC win column for the first time, decisioning Yosdenis Cedeno at UFC 189. In December, he returns to Las Vegas.

“That first victory and getting that out of the way was a good thing,” he said. “That first fight (against Moontasri), I just wasn’t on that night. I don’t feel like I even should have lost it. It was the worst performance I’ve ever had, so getting my first UFC win, I’m just glad I got to finally go out there and perform, and this time I’m going to come out a hundred percent and show everything that I have. This is a huge opportunity to make a name for myself, and I’m gonna take it.”

Northcutt, the youngest fighter on the current UFC roster, made quite a name for himself in his debut against Francisco Trevino in Houston earlier this month, stopping his foe in 57 seconds. It was an impressive performance for sure, but Pfister believes he has a different approach to fighting Northcutt than Trevino did.

“His last opponent missed weight and he didn’t look right,” Pfister said. “I hate to say it, but the guy was a slouch. Going into this fight, he’s not fighting a slouch. He needs to prepare for a tough fight. He’s never fought a guy like me. I plan to go in and destroy him and I just hope he’s ready. We’re both Texas boys, so let’s go rep for Texas, beat the hell out of each other and put on a show.”

In other words, Cody Pfister wants a win, a bonus, and a Merry Christmas – all in the same night.