In the third of a three-part series, current UFC fighter Josh Samman goes behind-the-scenes to introduce the world to the man responsible for the UFC having one of the most comprehensive drug testing program in all sports: Jeff Novitzky

With each passing Jeff Novitzky interaction, the devotion the UFC’s Vice President of Athlete Health and Performance has to his work becomes more apparent. It’s done with passion, and that makes him easier to embrace as a welcomed change. He is not so much draconian policy-enforcer as he is a crusader for athlete safety.

That’s a plus for clean fighters. For those looking to skirt the rules of fair play, his presence alone is a warning. Since the inception of USADA’s relationship with the UFC, the promotion has announced 22 potential anti-doping violations resulting from the USADA program. While that is just over one percent of the approximate 1,900 tests conducted since the inception of the program, it has included some of the biggest names in the sport.

From superstars Jon Jones and Brock Lesnar to MMA legends Frank Mir and Mirko Cro Cop, and title contenders like Chad Mendes and Yoel Romero, the policy has not discriminated, yet all are afforded due process rights and the ability to request independent arbitration review before any final anti-doping violations and sanctions are administered. 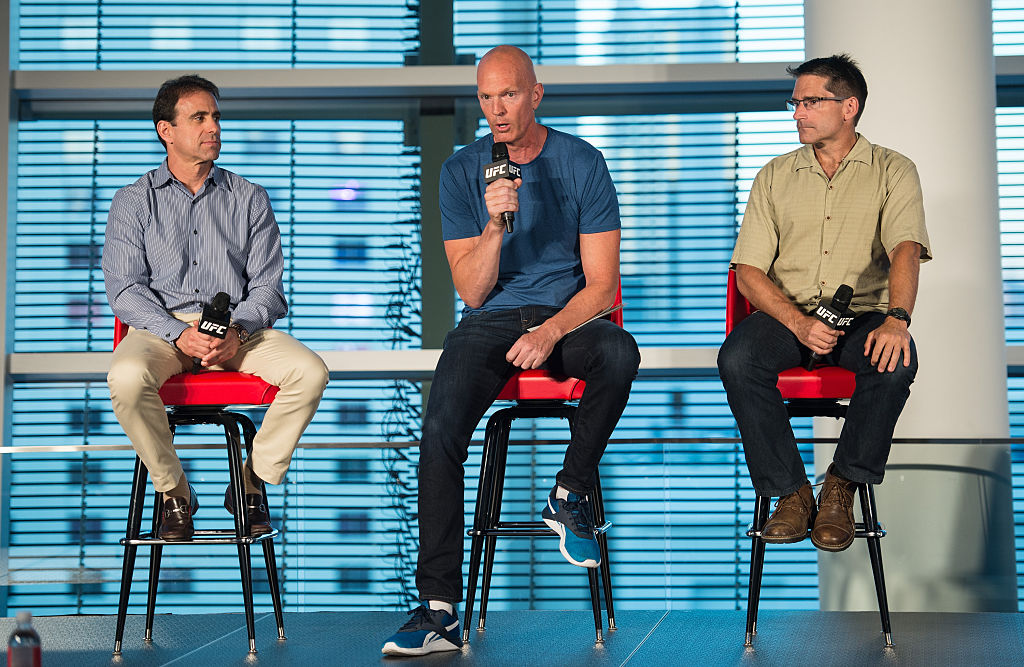 This recent scrutiny has not gone unnoticed. When asked directly about the potential for sitting on drug test results in the interest of business, Novitzky is understandably defensive. He reminds us that we are just one sport in the USADA pool, and that UFC accounts for just roughly 20 percent of administered tests.

“This process is not a simple one,” he said. “It is intricate and complicated. Samples are sent to the World Anti-Doping Agency labs. There is a chain of custody, there’s aliquoting (removal of serum plasma), splitting tests up, doing everything to make sure that when a positive comes out, they’re making damn sure it’s not a false positive. We can never have a false positive in anti-doping.”

Following a possible anti-doping violation, all parties involved are notified at once. Novitzky is emphatic that information is released to the public swiftly.

“When a positive test occurs, the lab sends a notification with a cross reference number to USADA,” he explained. “Next, USADA notifies UFC and the state commission when appropriate. From there, literally within an hour or two, I’ve notified the senior executives, the camps have been contacted, and our statement goes out.

“You saw both sides with Jones and Brock. Jones’ came back a few days before the fight and he was pulled because of it. Not ideal from a business perspective but a good example of business interests taking a backseat to this anti-doping program. There was no sitting, nor will there ever be sitting on results so that a fight can happen.”

Novitzky is willing to admit his frustration with detractors of the program.

“The reality is, if USADA was holding tests in conjunction with us so that fighters could fight, they would cease to exist as an organization. It’s not happening,” he said. “It is a terrible thing when a fight happens and a test comes back that was taken before and shows they had prohibited substances in their system. We’re constantly evaluating to ensure that doesn’t happen. That’s a nightmare scenario for us, when this is about protecting the health and safety of our fighters and we didn’t protect them for that fight.”

"There was no sitting, nor will there ever be sitting on results so that a fight can happen.” --Jeff Novitzky on UFC drug testing

He stresses the importance of testing for performance enhancers, even when results will not return until after the bout.

“If we didn’t test based on the fact that results wouldn’t be back until post-fight,” he said, “then there would be a two week or so blackout period for drug tests before fights. We need the possibility of collection to be at any time.”

According to Novitzky, eight of the 22 potential anti-doping violations we’ve seen have resulted in fighters being removed from upcoming bouts. In one of the most recent failures, Brock Lesnar at UFC 200, his opponent Mark Hunt has been vocal about his desire for a portion of Lesnar’s disclosed $2.5 million purse.

Novitzky is non-committal, but says it is something we could see in the future.

As for Lesnar and Hunt, according to publicly available information at the UFC-USADA website, since the inception of the UFC-USADA program, Lesnar had eight tests conducted while Hunt had nine. Several occasions exist of certain fighters on the roster having been tested more than others, and while Novitzky points to many possible explanations, he says ultimately he is kept in the dark about specifications.

“USADA makes the decisions, and they don’t share those with me, or anyone else employed by the UFC,” he explained. “And that’s done with a purpose. It’s a truly independently administered program. In order to maintain independence and consistency, they’re not gonna tip off anybody as to what protocol is. What we do know is that if someone misses a test, they are going to be targeted.

“We talk about biological passports on results; USADA isn’t just looking for individual drugs in each athlete’s tests. They are looking at an athlete’s blood and urine markers. And if they see those markers changing in a way that’s not normal, that athlete may be the subject of a few more tests.”

Over the course of Novitzky’s career, he has been known to garner confessions from athletes for performance enhancing, even without positive test failures. He says that is a tactic he will continue to use, and goes further in issuing a warning to those who may be behind the scenes of doping itself.

“If you read the policy, which is available to everyone, there’s incentive that if a fighter realizes they’ve done something, to come forward with that information before a positive test does. There’s room for mitigating factors that can lower sanctions if the athlete volunteers before it comes back,” Novitzky said. “There are even greater possibilities if an athlete comes forward before being tested.

“There is always incentive to provide information. If there is a dirty trainer or coach that an athlete knows is distributing to lots of other athletes, and that info can lead to sanctions to that coach or distributor, there is a lot of credit that can be given to that athlete. That’s ultimately the biggest target in any anti-doping program, in my mind. Catching athletes one by one has its place, but if we can get to the brains behind this - a coach, a trainer, a doctor, whatever - it’s a lot more bang for our buck. And we enforce that with the prohibited association clause.”

In order to prevent any potential mistakes of PED intake, or if an athlete plans on using a tainted supplement defense, Novitzky says there are two factors that will help their case: meticulous note taking of supplements and full disclosure of medicines being taken to USADA.

“A fighter can claim anything they want. In terms of how much credence or credit USADA gives them, if they haven’t declared it and they haven’t put it down on their collection form, they’re gonna be facing an uphill battle,” he said. “It would take some very extenuating circumstances to get credit for that. Dated receipts, or video of you taking it, I don’t know. I know it’s a pain in the ass, but we recommend each fighter bring a list of their supplements in their wallet or car, and have it ready for any potential test.”

The supplement industry has shown to be a hazardous place for athletes being tested for PEDs. Novitzky says the most paramount practice to ensure non-failures are to take only things that have evaluated by outside parties.

“My official recommendation is that UFC fighters should not take any supplement unless it is third-party certified,” he said. “There are three reputable third-party certifications. One is NSF. Another is Informed-Choice. The last is Banned Substance Control Group. There are links to every supplement they certify. They test every ingredient of every batch that gets sent in, and in many scenarios they go out and independently inspect the manufacturing facilities.”

Novitzky is willing to point much of the blame to supplement companies, although ultimately it is up to the athlete to monitor intake.

“Any athlete that takes anything that is not third-party certified is playing with fire. It is a dangerous, dangerous industry that for years has had problems and issues with contamination, with purposeful spiking, and the level of calibration that the machines of WADA has will pick all these things up in trace amounts,” he said. “For anything and everything you want to take -- fish oil, multivitamin, protein, test it on one of those sites. These companies’ whole purpose of business is to cater to athletes so they know what is safe to use.” 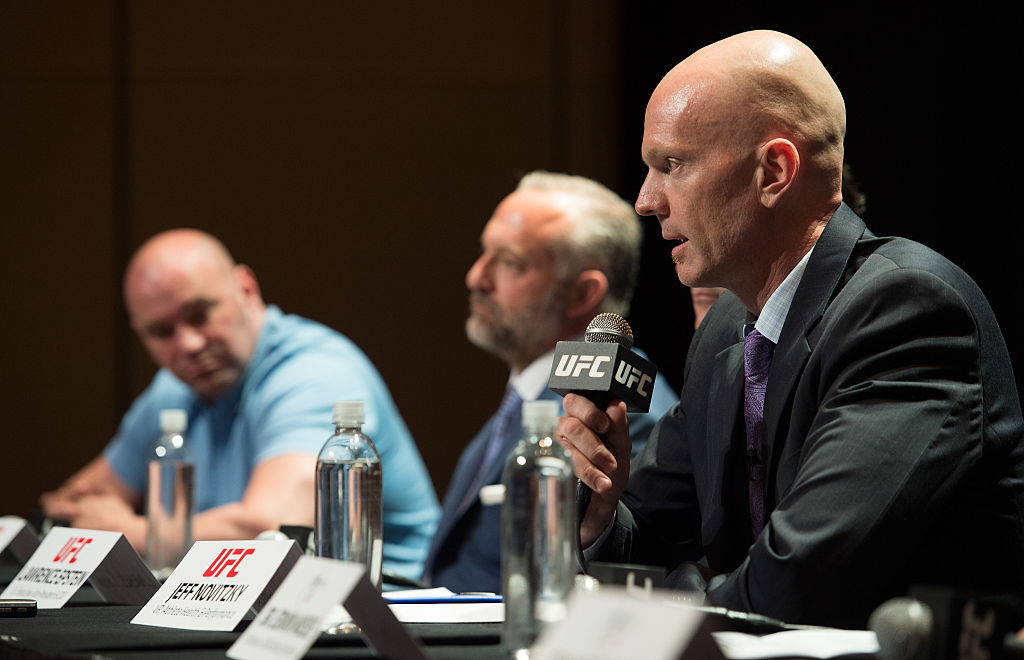 Novitzky considers the reputations of third-party certifications as extremely fragile.

“If it ever happened even once that one of these supplements had something in it, these companies would be done, out of business. The stake and reputation of the business is on the line when they stamp their product on there. You can’t get a product that’s safer than that,” he said.

For those wondering why substance details aren’t disclosed in the wake of a failure, policy leaves it up to the athlete. Novitzky pointed at possible litigation as the reason for not exposing, and encouraged legal recourse from athletes.

“I think there are definitely some civil liabilities against these supplement companies that it may be in the interest of the fighter to explore legal action or consequences.” he said.

As soon as the banned substance is determined and a fighter claims a tainted supplement, that supplement is put on the USADA high-risk list, an ever-growing database almost hundreds of names long.

Also on the rise is the number of banned substances in total. It is a full-time job keeping up with the influx of possible performance enhancers, and Novitzky speaks briefly on WADA-prohibited list newbie meldonium, and what it means for recent fighters who have failed for it.

“Meldonium is a drug that WADA has been studying for some time. It didn’t become prohibited until January 1 this year,” he explained. “It’s available for prescription in Eastern European countries, not in the USA.

“I think I heard recently that under WADA there had been 300-400 positive tests for meldonium. As for the fighters pulled, I think it’s the right thing. It’s a drug approved for heart conditions, only meant to be used for a few weeks at a time. It improves heart efficiency and blood flow, adds endurance, different recovery benefits. With the evidence of positive tests alone, it’s clear athletes have found it to help them in performance. The only thing we are unsure of is how long this stuff stays in your system. In some cases, it seems like it could stay for months in small amounts.”

As with every other dispute in the anti-doping world, Novitzky – one of the good guys -- seems determined to get to the bottom of it.