Moraes eager to prove himself by fighting the best

Saturday night in Fresno, Marlon Moraes will step into the Octagon for the second time in less than a month and the third time since matriculating to the UFC in April following a lengthy, dominant reign under the World Series of Fighting banner.

Each of his first two appearance have come against Top 10 foes and this weekend’s contest will be no different as the 29-year-old looks to build on his split decision victory over John Dodson by halting the two-fight winning streak of eighth-ranked Serra-Longo Fight Team member Aljamain Sterling.

It’s the quickest turnaround of Moraes’ career, but when the phone call came to inquire about facing off with “The Funkmaster” in Fresno, the Brazilian bantamweight saw no reason to decline the opportunity. 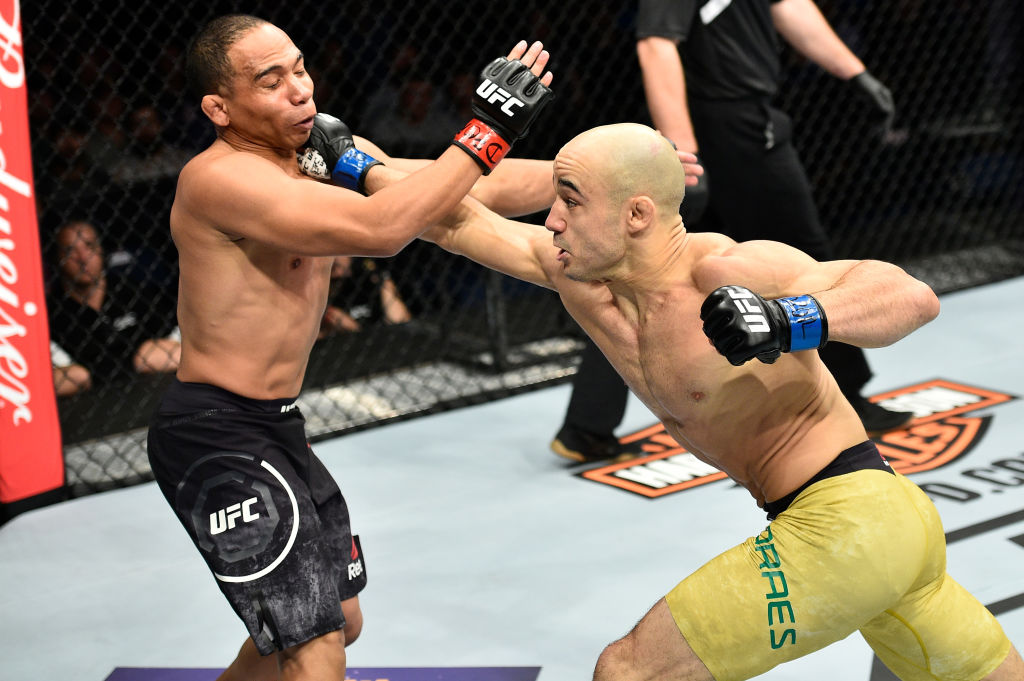 “December 9th I was going to be in the gym, fighting one of my training partners, so why not come here and fight, make some money and do what I love?” laughed Moraes, who came out on the wrong side of a split decision against Raphael Assuncao in his promotional debut back in June. “I was healthy – no injuries – and in this business, we never know when we’re going to fight again. I don’t want to sit out six months, stay home and not fight.

“I took this fight because I was healthy and this is what I do every day – I train and I fight.”

In the four years prior to his arrival in the UFC, Moraes established himself as one of the top competitors competing outside the Octagon, regardless of division, by amassing an impressive 13-fight winning streak that included eight stoppages and victories over the likes of Miguel Torres, Josh Hill and Sheymon Moraes.

But as with every fighter who finds any measure of success competing on the regional circuit or starring in promotions around the globe, the question of whether or not Moraes would be able to continue his winning ways and confirm his standing as one of the top talents in the 135-pound weight division lingered.

Two fights into his UFC journey, it’s pretty clear that “Magic” is indeed one of the very best in the bantamweight division and he’s intent on proving that again Saturday night.

“It’s the hardest show in the world and to make it to the Top 10 is one of the hardest things you can do in the sport,” Moraes said of the UFC. “I made it, I’m in the mix and I’m going to be a tough fight for anybody in the Top 10.

“Saturday night is one more tough opponent,” he said of Sterling, who has registered consecutive decision wins after 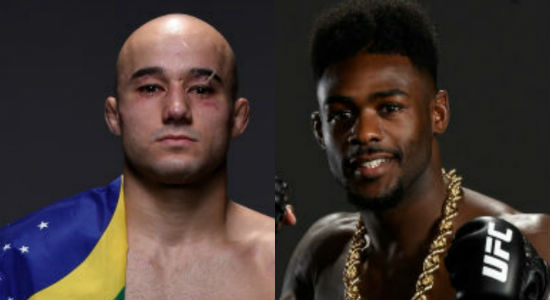 suffering the first two losses of his career in back-to-back close fights against Bryan Caraway and the aforementioned Assuncao. “He’s a good fighter – he’s entertaining and he can fight everywhere. I just want to go out there and take any opportunity that is given.

“I’ve worked very hard and I can’t wait to go out there and have a great performance. I think Saturday is going to be my day and it’s going to be the best performance you guys have seen from me.”

While some fighters are hesitant about taking short notice assignments and are careful to face the right opponent at the right time, Moraes has a different philosophy.

In addition to wanting to stay active and collect another paycheck, the Nova Friburgo transplant who now calls New Jersey home believes that when it’s all said and done, he’s going to have to fight all the top names in the division in order to prove he’s the best.

And that’s what he intends to do, both this weekend and into next year.

“In this business, we’re going to have to fight everybody, so why not do that now?” questioned Moraes. “I want to keep working. I want to keep proving that I’m one of the best. I want to stay out there on the top and fight all the top guys.