As the Irish community reaches new heights in the MMA world, Leah McCourt from Northern Ireland continues to excel as an athlete and as an inspiration to others.
Faced with a full list of athletic and personal responsibilities, McCourt finds balance in her extremely busy life.  A black belt in judo, she is the current IBJJF European No Gi champion, having earned a gold medal last November in the 2015 European Open Championships in the Lightweight division.
McCourt – a dominant star who trains full-time in a variety of disciplines, including judo, Muay Thai, boxing and Brazilian jui-jitsu – will be competing for gold again in the 2016 IMMAF World Championships this week in Las Vegas.
If that didn’t keep her busy enough, McCourt is the mother of a 5-year-old daughter, Isabella, and dedicates herself to working with Mencap, the United Kingdom’s leading learning disability charity that assists children and adults with learning disabilities, as well as their caregivers and families.
After sustaining a knee injury that required surgery, McCourt has refused to allow her intense rehabilitation and recovery process to be a setback. As always, she is a forced to be reckoned with and an inspiration to all who know her.
McCourt talked to UFC.com about her career, her advocacy work for Mencap and what she’s hoping to accomplish this week in Las Vegas during the 2016 IMMAF Championships. 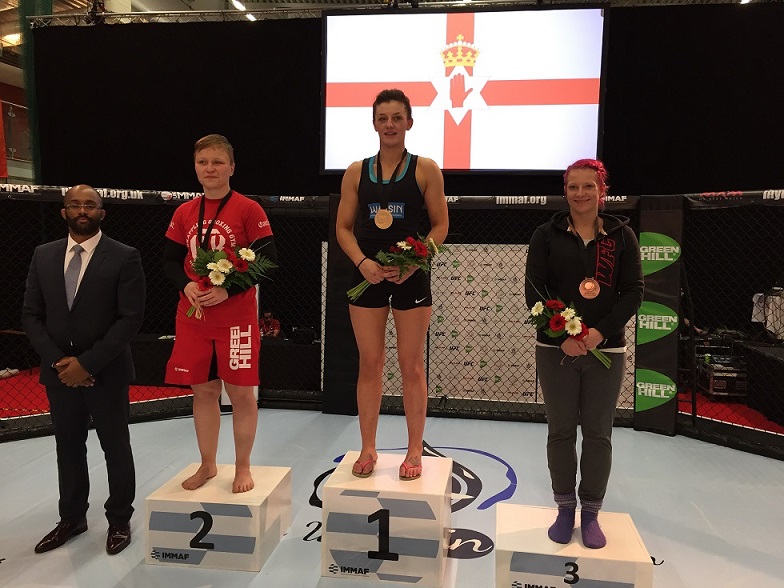