A change of camps has Mark De La Rosa feeling better than ever heading into a crucial fight in his career.
By Gavin Porter, on Twitter @PorterUFCNews • Jun. 9, 2020

When it comes to fighting at the highest level of mixed martial arts, Mark De La Rosa has learned how unforgiving it can be in the UFC. At just 25 years old, De La Rosa has fought six times in the promotion, going 2-4 in that span.

And while recent bouts haven’t gone his way, each of those fights guided him to make a change in scenery for his upcoming bout with ranked flyweight Jordan Espinosa.

“I moved my camp for this one to California, where I trained with Team Oyama,” De La Rosa told UFC.com. “I’ve been uncomfortable this entire fight camp being pushed by a room full of badasses like Alex Perez, Marlon “Chito” Vera and Louis Smolka. The change of scenery has been huge, and I am going to be the best I’ve ever been on Saturday.” 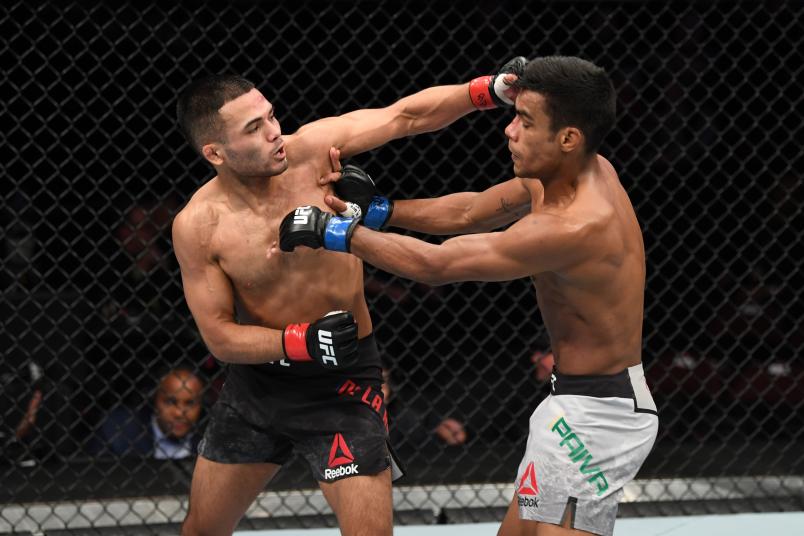 De La Rosa decided to make the move to Team Oyama just because he was looking to challenge himself, both mentally and physically. He believes the move has paid dividends and he expects to look back at Saturday’s fight fondly.

“It’s going to be a great story. It’s crazy times everywhere right now,” De La Rosa said. “None of the local fight scenes are operating but the UFC and Dana White are making it happen. It’s awesome and I can’t wait to show how hard I’ve been pushing to get better during all of this.”

One of the topics that De La Rosa is quick to point out about the UFC’s ability to put on fights is that the fights themselves have been quality. When he visualizes his bout with Espinosa, it’s hard for him to imagine it being anything other than “non-stop action.”

“I’m going to take whatever he gives me, but I want to finish this fight violently,” De La Rosa said. “We were supposed to fight in the past and he’s super athletic. Tons of these fights we’ve seen over the last month have been finishes and I just can’t wait to get my hands on him. I’m gonna bring it.” 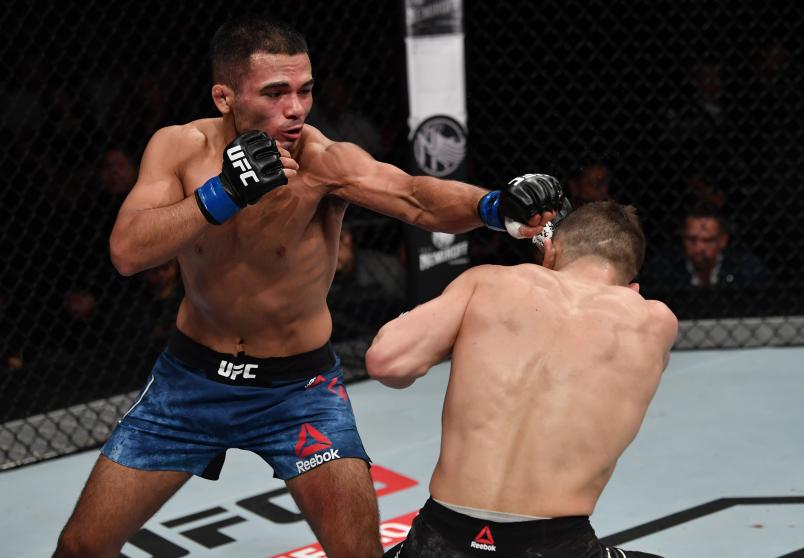 De La Rosa knows he needs a big-time performance, especially since he hasn’t had his hand raised in his last three bouts, but he is eager to prove that he’s made the improvements necessary to get back on track.

“With the way I’ve been feeling and the way I’ve been performing, man, I’m only 25 and I’m getting more experience with some of the best guys in the world,” De La Rosa said. “I got into the UFC at a young age and the fighters in the UFC are truly the best in the world. Sometimes you’re not able to utilize all of your tools and sometimes you don’t show up that night. Anything can happen in the UFC and that’s why I’m making sure when I step in there on Saturday I’m as prepared as possible.”