A look back at The Ultimate Fighter 4: The Comeback

By 2006, The Ultimate Fighter series had already made its mark. A nationally televised place for hot prospects to show their wares and earn a spot on the UFC roster, the first three seasons produced the likes of Forrest Griffin, Diego Sanchez, Rashad Evans, Joe Stevenson, Michael Bisping and Kendall Grove, and those were just the winners.

Add in several other alumni from the show that were making their mark in the Octagon, plenty of drama from Season Three coaches Tito Ortiz and Ken Shamrock, and it was clear that the show wasn’t going anywhere.

But now it was up to the brain trust behind the show to keep the momentum going, and it was decided that a “comeback” season was the perfect way to continue building the brand.

Take 16 veterans who had varying levels of success in the UFC and don’t just offer the winner of the ensuing tournament another contract with the promotion, but a world title shot. It was a brilliant plan, but while the shot at the belt was the gold at the end of the rainbow, getting a shot at redemption was even more important. 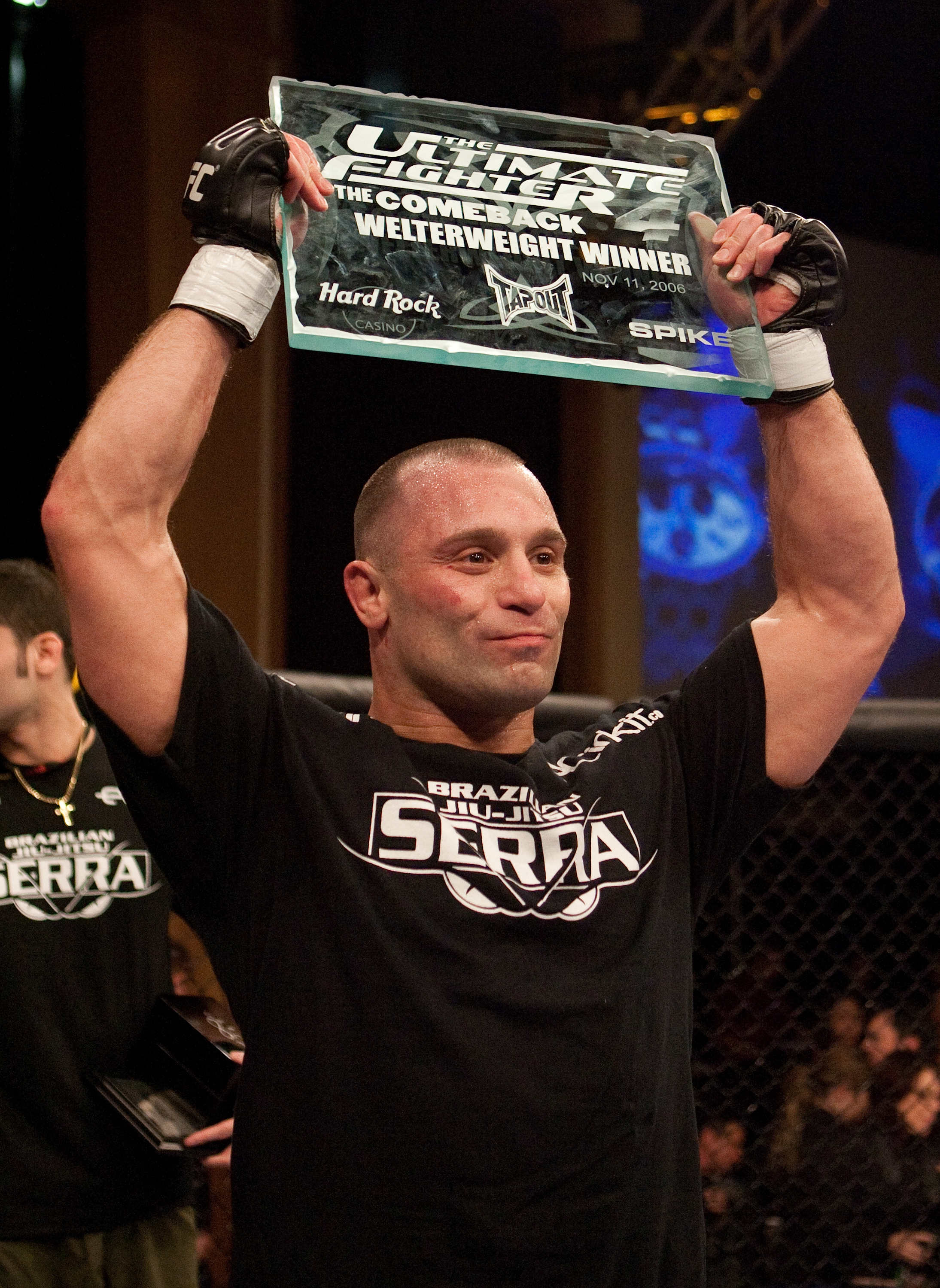 “When The Ultimate Fighter came along, I was like, ‘Well, maybe I’ve got a couple more years in which I could do some things,’” said Pete Spratt, whose first run in the Octagon saw him go 2-2 while also becoming the first man to beat Robbie Lawler. “And The Ultimate Fighter has given me that opportunity. Probably the best thing I ever could have done for my career was doing the show because if you look at the success of all the guys from the previous seasons, it was pretty much a no brainer. Of course while I was there I hated it, but after the fact, with the exposure and everything else, it was the best thing I could have done.”

It was one thing to have a bunch of hungry up and comers competing for their shot in the big show. To take veterans who had been the top of the sport, guys who in many cases were older and had families, and put them in the same situation where they were removed from the outside world for six weeks, it could have been disastrous. But once the show got underway, it was clear that pulling pranks and getting into other mischief wasn’t the top priority. Not that it didn’t happen, but it wasn’t top on the “to do” list.

And in a competition that included some of the top veteran talent in the middleweight and welterweight divisions, including fighters like Patrick Cote, Travis Lutter, Chris Lytle, Din Thomas, Jorge Rivera and Mikey Burnett, the star was clearly Matt Serra.

That fact came as a shock to Serra at the time, but when you took his sense of humor, friendly rivalry with the first man to beat him – Shonie Carter – and his New York accent, it was no surprise that the rest of the country embraced “The Terror.”

“I never really pictured getting that much airtime, but I’m not complaining at all,” he said before the finale show. “I’ve got two academies and you can’t really buy that kind of exposure, so I’m very happy with it, but at the same time, I didn’t go into the house thinking that, and after filming, everybody’s got the cameras on them so you don’t know how they’re gonna chop it up and edit it. I knew the story with me and Shonie would be interesting, from coaching him - which was wild enough for the guys that knew our history - to fighting him. I knew when it came to that – me avenging my loss – you couldn’t really write a better script.” 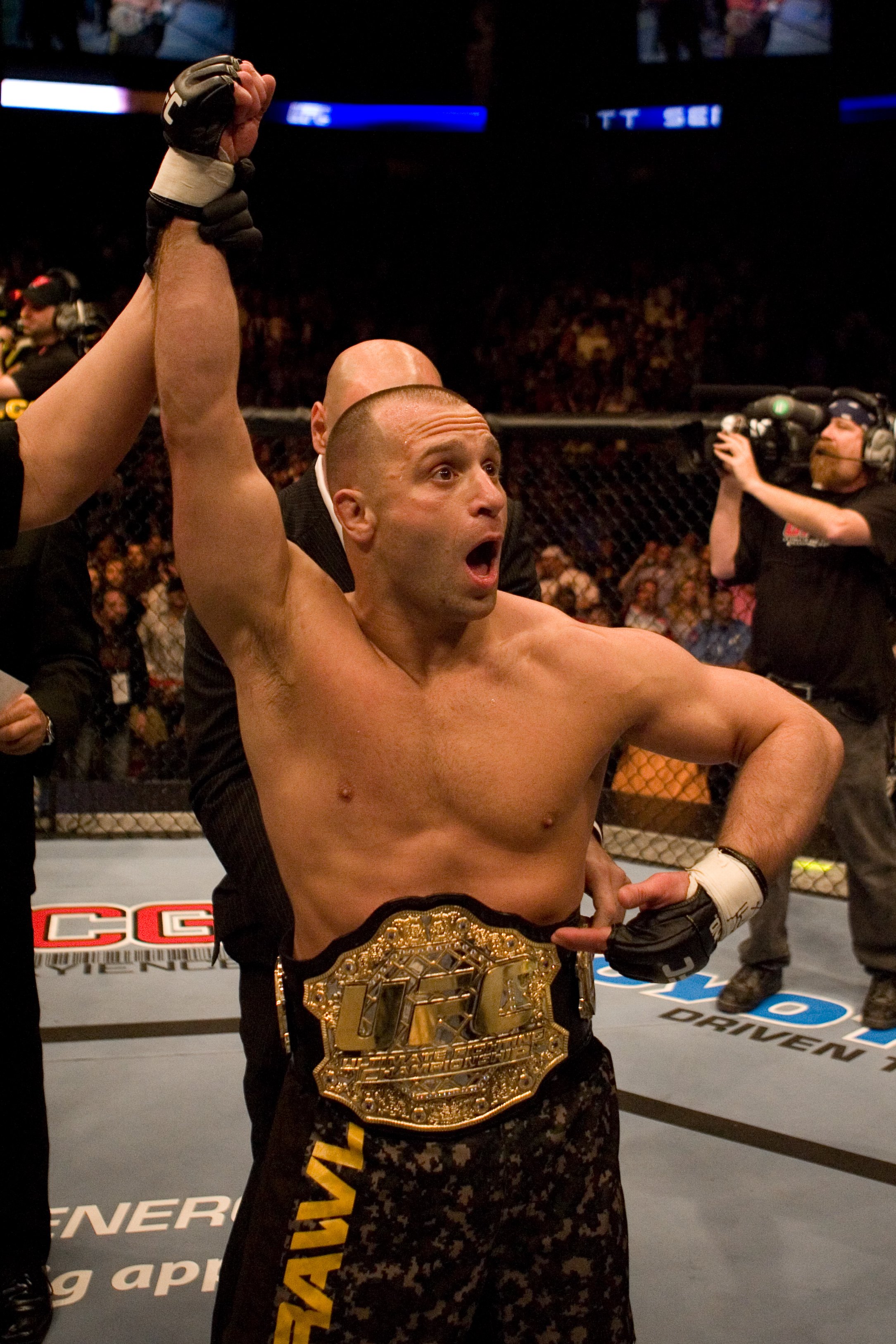 It got better. Serra would beat Spratt and Carter to get to the welterweight finals, where Lytle was waiting for him. In the middleweight bracket, Lutter and Cote were set to meet to earn a shot at Anderson Silva, while the winner of Serra-Lytle would get a crack at Georges St-Pierre.

Some would say fighting Silva and GSP was more of a curse for the winners instead of a blessing, but that’s not the way the fighters approached it, and when the dust settled on the finale card on Nov. 11, 2006, it was Serra and Lutter who emerged victorious.

Now all that was left was to see these two Rocky stories play out in the Octagon. Only it didn’t for Lutter, who missed weight for his UFC 67 title fight against Silva and ended up getting submitted in the second round of what turned into a non-title bout.

Two months later, Serra got his shot against St-Pierre in Houston. The New Yorker was a huge underdog and few gave him a shot against the Canadian champion. Serra had other ideas, and at 3:25 of the first round, he became the UFC welterweight champion of the world.

But Serra wasn’t the only one to walk away with a new life in the UFC. Several of the TUF 4 cast members made the most of their second chance, with fighters like Cote, Lytle, Rivera, Charles McCarthy and Rich Clementi going on to compete in high-profile Octagon bouts in the ensuing years.

In the process, it proved the power of the Ultimate Fighter concept, and in April, more than a decade after TUF 4, the show will revisit the comeback theme with a season aptly titled “Redemption” that will have a cast consisting of 16 past competitors. Will they all make it back to the UFC? No. But all any fighter really wants is an opportunity. When they get it, four-ounce gloves and heart can do remarkable things. Just ask Matt Serra.