Lorenz Larkin’s trip from California to Las Vegas for UFC 202 turned into a fitting corollary for how the fighter was feeling before getting the call to step in for Dong Hyun Kim against Neil Magny this weekend in the UFC FIGHT PASS featured bout.

The 29-year-old welterweight was one of the myriad drivers delayed as the Blue Cut fire grew to set over 15,000 acres ablaze in Cajon Pass. What is normally an easy two-and-a-half, maybe three-hour drive had more than doubled, leaving the Riverside, California native champing at the bit to hit some open road and make his way towards the flashing lights in the middle of the Nevada desert.

And he felt the same way about getting back into the Octagon as well.

“I’m excited to fight again,” began Larkin, who picked up a split decision win over Jorge Masvidal at the end of May. “My whole thing is if I’m healthy and I’ve been in the gym, I’ll take any fight. I never turn down a fight. I like fighting, so every time I’m able to jump in there, I’m ready, especially on short notice because I feel like there is less pressure.”

The idea of condensed fight camps and athletes taking more short-notice opportunities has been gaining momentum over the last year, with middleweight champ Michael Bisping pointing to his abbreviated prep time heading into UFC 199 as one of the keys in his upset win over Luke Rockhold. Rather than putting your body through 10-, 12- or 14-week camps that beat you up and wear you down both physically and mentally, more and more fighters are subscribing to the “stay ready so you don’t have to get ready” philosophy and focusing more on fine tuning rather than an elaborate grind geared to one person.

That’s how Larkin has approached this meeting with Magny, who sits at No. 7 in the welterweight rankings after winning 10 of his last 11 fights. With the former Ultimate Fighter contestant eager to get a crack at some of the bigger names ahead of him in the rankings, the Kung Fu stylist who first made waves in the MMA world as a rising star in the Strikeforce light heavyweight division believes all the pressure rests on Magny’s shoulders, and the only thing that he worried about during his truncated training camp was not enjoying too many cheat meals. 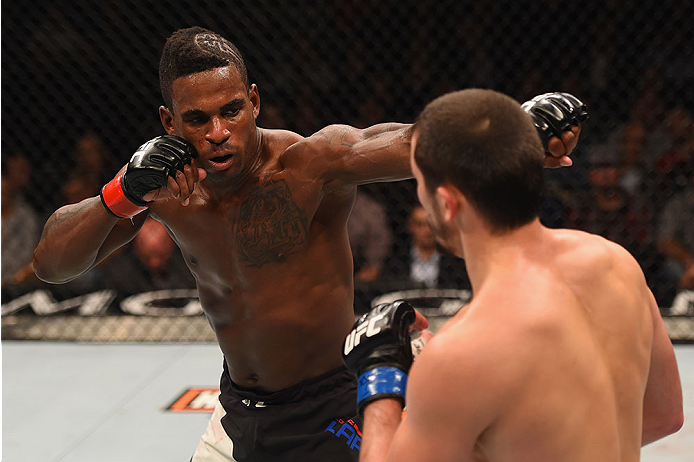 “My main focus this camp was not trying to cheat too damn much on cheat meals; that was the main thing that put pressure on me,” laughed Larkin, who clocked wins over Gian Villante and Robbie Lawler before migrating to the UFC in 2013. “My weight was already good and it really started getting good in camp and then it got too good to the point where I start cheating. So if anything stressed me out this camp, it was me trying not to cheat too much.”

Back when Larkin competed at light heavyweight, a move to middleweight always seemed obvious, but after running into some tough competition and struggling out of the gate in the UFC, “The Monsoon” made the shift down another division. Consecutive stoppage wins brought tandem bonuses, making it clear that the Millennia MMA product was a new player in the 170-pound ranks.

Set to make his fifth appearance in the division and a win away from breaking into the Top 15, it’s hard to envision those days of Larkin bouncing around the cage, light on his feet and lightning kick with his kicks at light heavyweight because welterweight just seems like such a perfect fit for him and his unique skill set.

“I feel like I’m at home at 170 and my fights prove it,” Larkin offered. “I guess this is the opportunity I’ve been given to display my skills against a top tier fighter, so that’s the plan. Sometimes you just have to be in the right place at the right time to take advantage of those situations.” 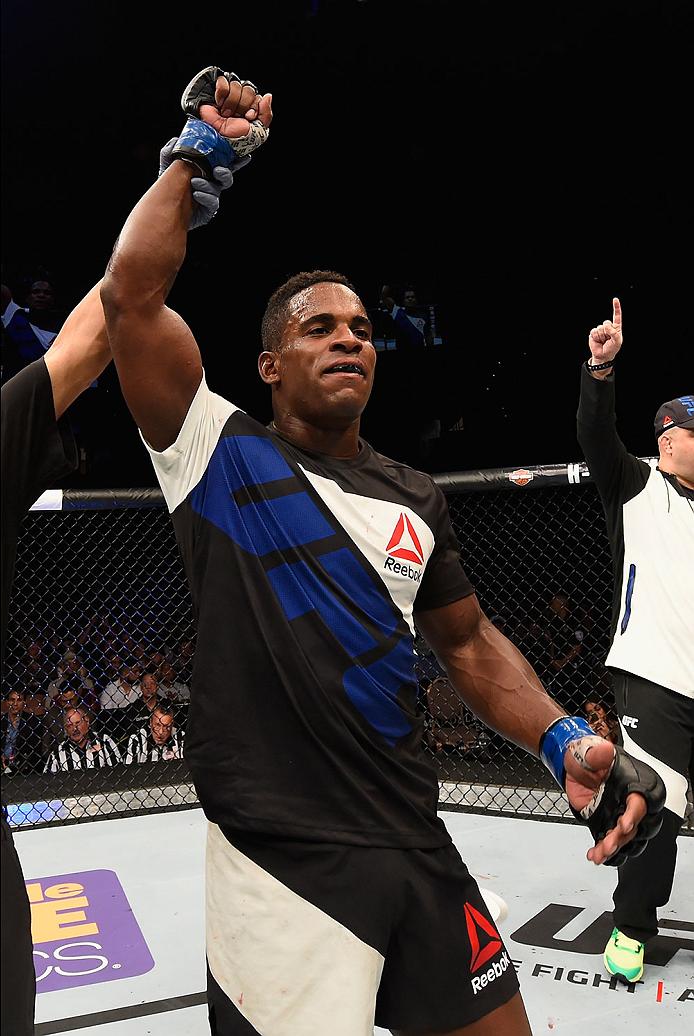 The most active fighter on the roster over the last three years, Magny has worked his way into the Top 10 in the welterweight division with sound fundamentals and an emphasis on using his reach and his conditioning to outwork fighters like Tim Means, Erick Silva and Kelvin Gastelum. Most recently, that stamina helped him survive a treacherous first round against Hector Lombard, as Magny weathered the early punishment to storm back in the second and finish the former Cuban Olympian seconds into the third and final round.

Excited to compete early in the night, Larkin expects the standard offerings from Magny on Saturday night.

“Sometimes I don’t like having to fight later on the card because I’ve got to wait and do all that,” Larkin said in regards to serving as the UFC FIGHT PASS Featured Prelim this weekend and being the third bout to hit the Octagon. “But this is pretty much once I get to the venue, I get dressed, wrap up, warm up and I’m in the cage.

As for what he expects from himself, he doesn’t offer any specifics.

“I don’t know – I’m just going in there with a clear head, no pressure and wanting to fight real bad. That’s my whole thing.”