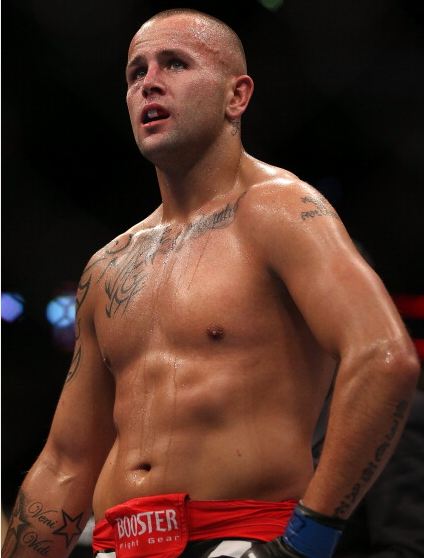 The fourth time was not the charm as middleweight Michael Kuiper has lost his fourth opponent in a row.

Josh Janousek, who accepted the fight with Kuiper just last week, has been injured and forced to withdraw from the event. Janousek was a late-notice replacement for opponent Buddy Roberts; Roberts had been a replacement for Caio Magalhaes; and Magalhaes was tapped to fight Kuiper when original opponent Thiago Bodao was injured.

With the bout less than a week away, no replacement will be named.

Though the main card has been left -- to date -- mercifully intact, the undercard of next week's UFC on FOX 6 continues to see changes due to illness and injury.

After having a record three opponents forced to withdraw, middleweight Michael Kuiper will now welcome 8-1 Josh Janousek, a four-time All-American wrestler, to the UFC. Kuiper was originally slated to meet, in order, Thiago Bodão, Caio Magalhaes and Buddy Roberts.

Sweden's Magnus Cedenblad has also been forced out of his planned middleweight bout in the Windy City; stepping in to face Rafael Natal is Sean "Black Magik" Spencer.

Kuiper vs. Roberts Added to Chicago

After losing two opponents to injury in two weeks on the January 19 card in Brazil, Dutch judoko Michael Kuiper will instead fight on January 26 in Chicago. His new opponent will be tough middleweight Buddy Roberts, a Jackson's MMA teammate of headliner John Dodson and main card star Clay Guida.

Verbal agreements are in for a light heavyweight matchup between heavy-handed wrestlers Vladimir "The Janitor" Matyushenko and Ryan "Darth" Bader January 26 in Chicago.”

Welterweights David "Daudi" Mitchell and Simeon "The Grin" Thoresen have also verbally agreed to meet at that event.


updated November 27
A Swede, a Brazilian, a German and an Illinoisian will walk into an Octagon this January as two more bouts have been verbally agreed upon for the upcoming UFC on FOX event.

Tickets for the January 26 event go on sale this week.

updated November 6
Verbal agreements are in for more fights on January's stacked UFC on FOX card.

Fan favorite Clay Guida, an Illinois native, will make his featherweight debut in Chicago against Japanese standout Hatsu Hioki. Also at 145 pounds, contenders Ricardo Lamas and Erik Koch will meet in a bout that could determine in the next opponent for the winner of February's Jose Aldo vs. Frankie Edgar title fight.

Plus, heavyweight Shawn "The Savage" Jordan will face Chicago’s own 15-2 Mike Russow.

updated November 6
The first UFC on FOX card of 2013, announced yesterday for January 26 at Chicago's United Center, will feature a fast-paced title fight as its main event.

Demetrious Johnson, who was crowned the UFC's first-ever flyweight champion at September's UFC 152 event, will put his belt on the line against TUF 14 winner John Dodson. Dodson won The Ultimate Fighter at bantamweight, dropped to 125 pounds once the flyweight division was added to the UFC and has won both of his bouts at the weight class.

Also at that event, WEC standouts and lightweight contenders Donald Cerrone and Anthony Pettis will finally meet in a bout that both fighters and their fans have been agitating for in recent months.

The news was first broken on today's episode of UFC Tonight, the weekly MMA news show on FUEL TV.

More details on the event, including ticket information and additional bouts, will be available in coming weeks.