There are plenty of complexities and strange angles in the world of mixed martial arts, but those are matters Jim Miller doesn’t concern himself with. The hardscrabble New Jersey native is as “Old School” as they come in the fight business, and his ability to remain true to his roots throughout his career is something the 32-year-old lightweight takes a tremendous amount of pride in. 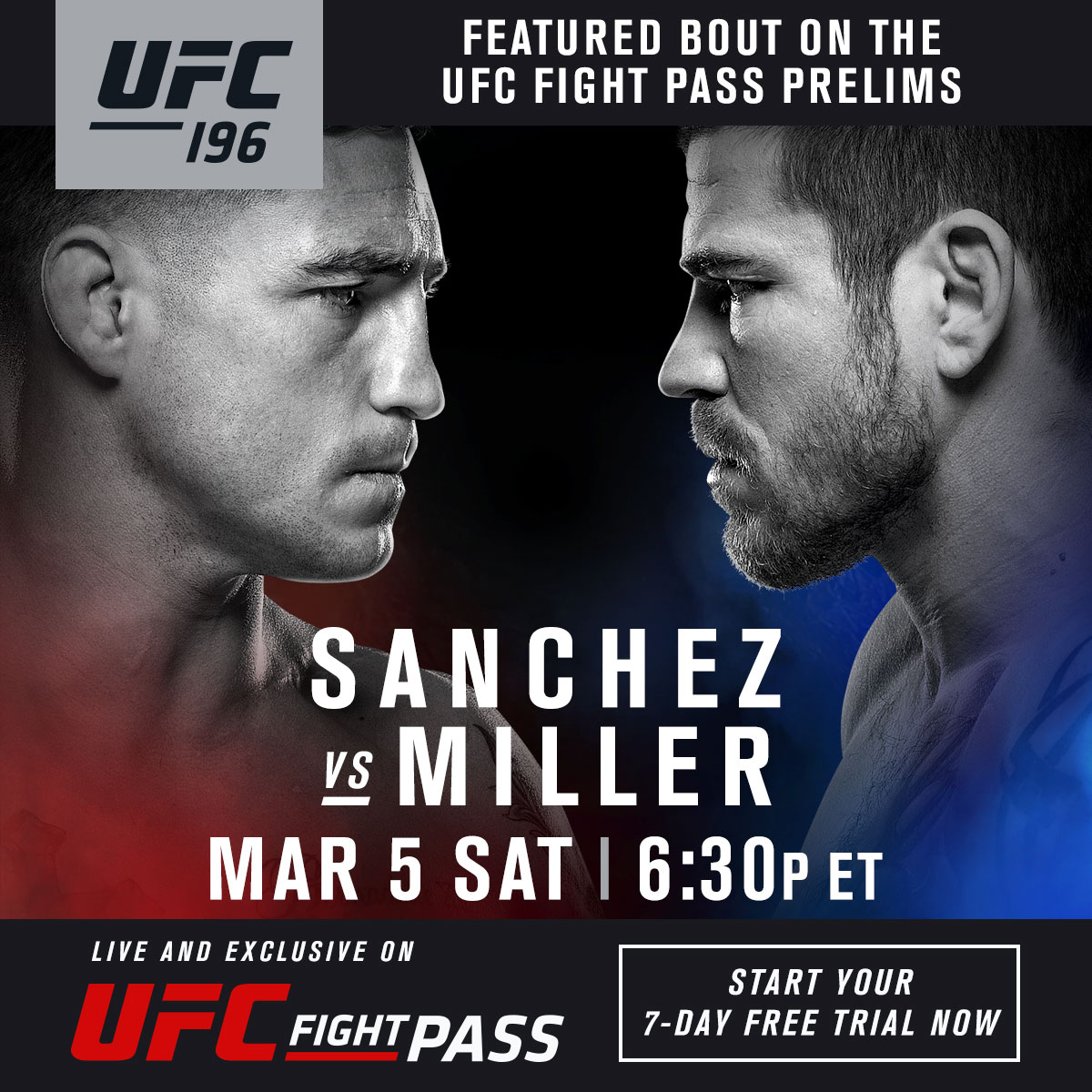 Miller shows up to fight by the truest definition of the word. Win, lose or draw, he’s stepping into the Octagon to test everything he has to offer against a willing and able opponent, and he does so with the memories of the great fighters who inspired him as one of his major points of motivation.

“I got into this sport and fell in love with this sport watching guys who wanted to show up and fight their asses off,” Miller said. “Guys like Chuck Liddell, Renzo Gracie and Wanderlei Silva made me realize this was something I wanted to do. Now I didn’t always agree with what they did inside the cage and outside the cage, but on fight night they were being true to their instincts. It didn’t matter what was happening in the fight, they always fought their style.

“There was no shifting game plans because something wasn’t working so they took a guy down and laid on them; they were there to fight and do so by their standards. And that is something I’ve embraced.”

That said, the largest source of his drive is his family, and staying true to who he is as a competitor will be what allows him to share what he believes is a very important message with his children as they grow up and head out into the world. Miller understands fighting and competing inside the Octagon can be minimized to nothing more than an athletic competition, but he’s remained fixed to deeper ideals that reveal greater truths when an individual is faced with adversity.

By fighting his fight, Miller is confident he’ll have something rich to share long after his days of slinging leather are over.

“I haven’t won them all and I’ve had some performances that piss me off still, but I’ve remained true to the way I fight at all times,” Miller said. “I’m going out there to dominate my opponent and win in brutal fashion, but the way that works is when it’s not your night it usually means you’re going down in flames. And I’ve had opportunities to go in certain directions, do things I wouldn’t stand for if I saw my brother, teammates or kids do it while they were competing.

“I’m stubborn, but what it comes down to is my four kids. They see every single thing I do, and while they may not understand everything that happens inside the Octagon just yet, they see the way I carry myself. I’m always going to do what is right inside the cage and it’s not win at all cost because there are things that are more important than just winning or losing. When I fought [Donald] Cerrone I had the opportunity to take advantage of a referee’s mistake and milk it out but that’s not who I am. The referee made a mistake and called a low blow and I’m the one who corrected him. If I ever broke away from the code I live by, then I wouldn’t know how to look at myself in the mirror. I live my life a certain way and I’m always going to hold true to that because I want to set a great example for my kids.”

On Saturday night at UFC 196 in Las Vegas, the leader of Miller Brothers MMA will step into the Octagon to face another storied veteran in Diego Sanchez. Although Miller currently stands in rare territory with more than 20 showings on the sport’s biggest stage, the “Nightmare” has been at it even longer and logged an equal amount of memorable bouts for the record books.

Both men always show up to give their all and Miller is certain it’s going to be an instant classic.

“I’m prepared for an all-out scrap with Diego,” Miller said. “He’s only been stopped once in his career and that was by BJ Penn. He’s a guy who is extremely hard to put away and always pours it on late in the fight. I’m going in there to finish him because that’s how I get my high inside the cage. I don’t enjoy going the distance because that means my opponent survived and that’s not what I’m there for. He’s always dangerous in there and it just so happens that I’m the same way. This has the makings for one helluva fight.”