Jimmy Crute has a strong case to say he has earned a number next to his name in the UFC’s light heavyweight rankings, or at least a shot against a top 15 fighter.

Instead, the 24-year-old Australian will fight up and comer Modestas Bukauskas on the undercard of UFC Fight Night: Ortega vs The Korean Zombie on Saturday.

It begs the question: why take on the dangerous, but relatively unknown, Bukauskas?

“It’s definitely more of a risk to reward but, at the same time, Mick (Maynard) the matchmaker has been very good to me and continues to be,” said Crute, ahead of his fight at UFC’s Fight Island.  “It’s hard to get guys to fight me because the position I’m in with Modestas is the position I put the ranked guys in. I should have a number next to my name.”

That said, Crute does not resent the opportunity to test Bukauskas, whose lone UFC fight was a win against Andreas Michalidis in July.

“I take it as a compliment from the UFC, they think I’m the guy that can test this up and comer. I know they’ve got a lot of hype behind him,” said Crute. “I think the UFC have come to me and said check if this guy’s worthy or not. I’m not going to be sitting here complaining.”

Crute’s view of his place in the light heavyweight division is justifiable. He has an 11-1 record overall and a 3-1 record in the UFC. His lone loss came against Misha Cirkunov at UFC Fight Night: Cowboy vs Gaethje in September 2019, and he bounced back with a first-round submission victory against Michal Oleksiejczuk in February at UFC Fight Night: Felder v Hooker in New Zealand.

RELATED: Fighters On The Rise, Ortega vs Korean Zombie Edition

Crute has always seemed exceedingly confident, so it is a surprise to hear his response when asked if he believed he would retire undefeated before his loss to Cirkunov. 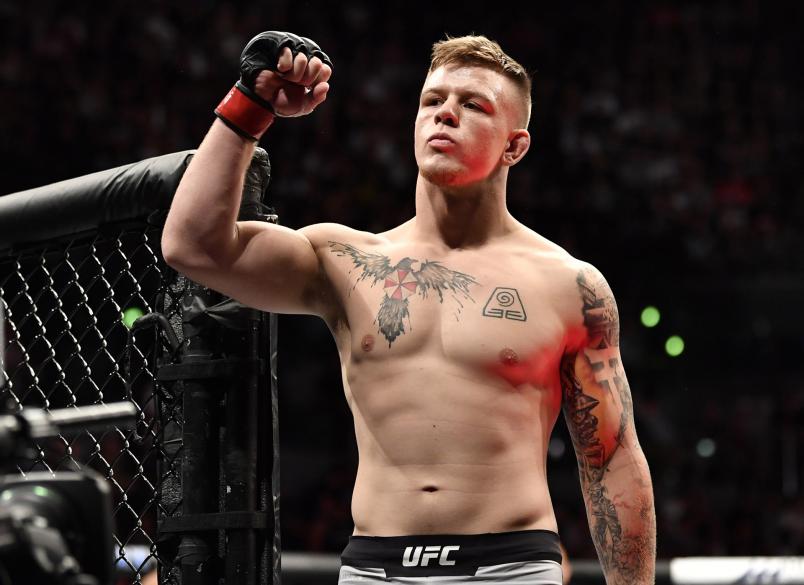 You get the impression that what Crute has previously lacked in self-belief, he has made up for with obsessive hard work.  He admits he has overdone it in the past, something he has worked on for Bukauskas.

“This time around, discipline is making sure you rest properly, making sure you eat enough, dealing with the stress outside of fighting so it doesn’t impact your preparation.  I’m always going to overtrain - that’s just who I am - but I’ve done myself a lot more favors than I have in the past.”

Order UFC 254 Now For Any Device

Crute has prepared for Bukauskas in his native Melbourne, Victoria, home to the strictest COVID-related lockdown measures in Australia.

“I literally train (go home) and go back to training. We can’t go for coffee afterwards, we can’t get (sparring partners) in that aren’t part of the camp,” said Crute. “We have to be very careful about that stuff, we’ve had police come over (repeatedly) to the gym to check on us.” 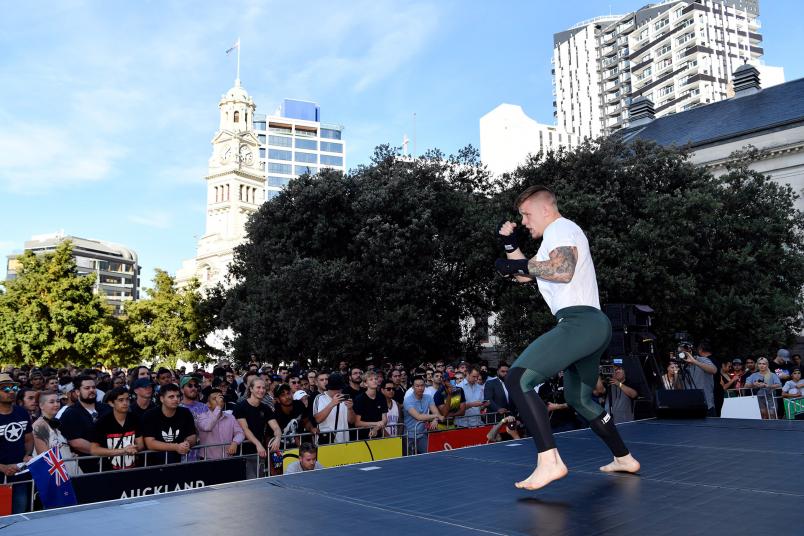 The era of the Australian or New Zealand fighter seeking out elite training overseas has passed with homegrown champions like Robert Whittaker and Israel Adesanya.  Crute also has no intention of leaving home soil.

Every UFC Finish By Brian Ortega

On paper, Crute has the grappling advantage over Bukauskas, but believes he may surprise the UK export on the feet.

“I know what I’m going to do to him; I think it’s very obvious where I’ve got advantages over him. But there’s also problems where he thinks he’s going to be comfortable with me and it’s going to be a rude shock,” said Crute. “Instead of trying to do all these flashy techniques, mate, you should work on your boxing defense.”

That warning to Bukauskas might suggest bad blood between the two.  That’s not the case, says Crute, but the job remains the same.

“He seems like a real nice guy, but I’m going to bash him.”