Winning in a short-notice UFC debut, Jesus Pinedo wants to show more of what he can do in Nashville.
By Thomas Gerbasi • Mar. 21, 2019

Translated from Spanish, Jesus Pinedo’s “El Mudo” nickname means “The Mute,” but the Peruvian lightweight spoke pretty loudly last November when he jumped in on short notice to fight and beat Devin Powell in Argentina.

It was quite the UFC debut, but Pinedo believes he only got to show a glimpse of what he could do in the Octagon, and that this Saturday against John Makdessi, fans will see his true potential.

“It was a good, pretty exciting, fight, but I feel like I could've performed better in the moment,” said Pinedo, who won a near-shutout decision over Powell. “But this is my opportunity to show my true level of fighter and athlete. I'm going to send a message to the whole division.” 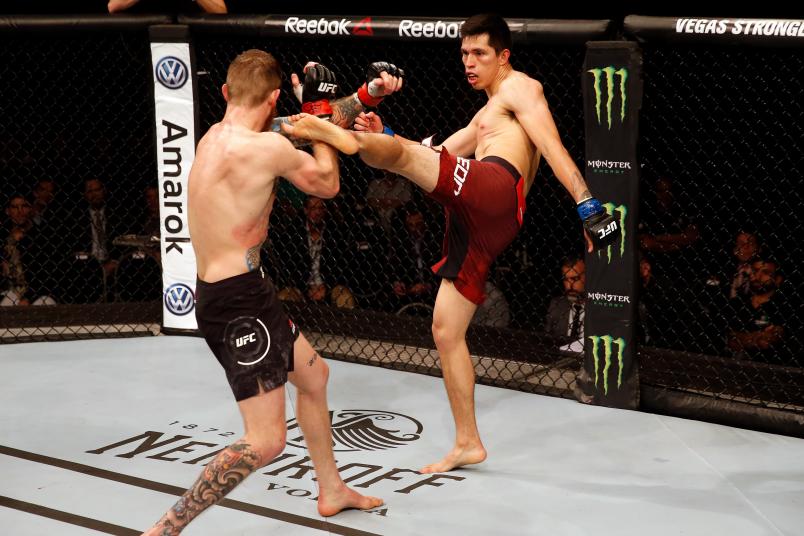 Being that Pinedo is in what is widely considered to be the toughest division in the UFC, those are some bold words, but what else would you call a 22-year-old who is entering his 22nd pro bout this weekend? Yet despite his ambition, he’s in no rush, either.

“For now, I'll just wait for the fights that the UFC give me,” he said. “As I continue to win, we'll have to see. I'm taking it fight by fight, and I am always looking to challenge myself as much as possible.”

Fighting Powell on short notice was a start, and taking Makdessi on for fight number two is an even bigger challenge. Throw in the fact that this is another late replacement fight, as Pinedo was originally scheduled to face Chris Gruetzemacher, the degree of difficulty goes up, but the Lima native isn’t rattled.

“It wasn't a big inconvenience at all, actually,” Pinedo said. “We just had to adjust the strategy with my team for my new opponent. I trust their judgement completely and am ready to implement the game plan. And even though I was disappointed to lose my original opponent, I'm really happy with this opportunity against a higher-profile opponent. When I win, it's going to mean more for me in terms of the rankings, and I think this victory will help me earn more fans as well.”

More fans means bigger and better fights, and more opportunities to build his profile, not just in the United States, but at home in Peru, a place not exactly known for being a hotbed of MMA. But that’s a situation Pinedo believes is changing.

“I see MMA growing in Peru very rapidly,” he said. “The sport will continue to grow as we get more experience on the international stage. But right now I feel like we're ready to go head-to-head with any other country.” 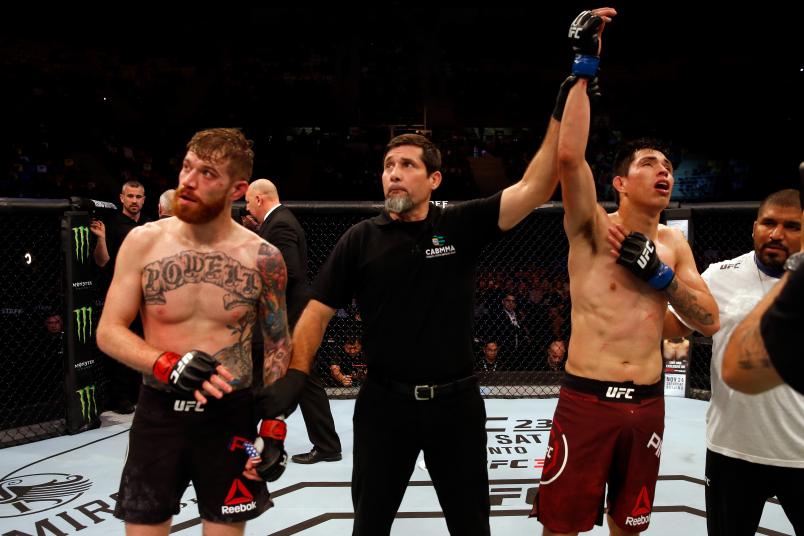 Enrique Barzola, Humberto Bandenay and Claudio Puelles are Peruvians making noise in the Octagon these days, and now it’s Pinedo’s turn. That doesn’t mean it was easy to get here.

“It is difficult, to be honest,” he said of building a pro MMA career in Peru. “I feel there is still a lack of support for MMA athletes here but, in spite of that, the MMA community is constantly growing, always getting bigger as the sport gets more and more mainstream.”

And luckily, he’s had his family behind him every step of the way. That means a lot, especially considering that he started training for this when he was a teenager.

“My family has always supported me, right from the beginning,” Pinedo said. “My family has always been by my side, thank God, and I've always had a lot of good people at my side. I'm thankful for these people because, without them, I wouldn't be where I am today, and I wouldn't have the same goals and dreams that I have for the future.”

Those goals and dreams are big, and they got off to a big start last year. This year, everything gets bigger.

“2018 was my best year yet as an athlete,” he said. “I achieved everything I set out to do. I feel this year will be even better. We're working very hard to make 2019 bigger and better than any year yet, and I believe it's going to happen.”