“I’m expecting him to be well-rounded everywhere and I’m ready for a war if it needs to go that way, but I’m also planning on looking for the finish early.” 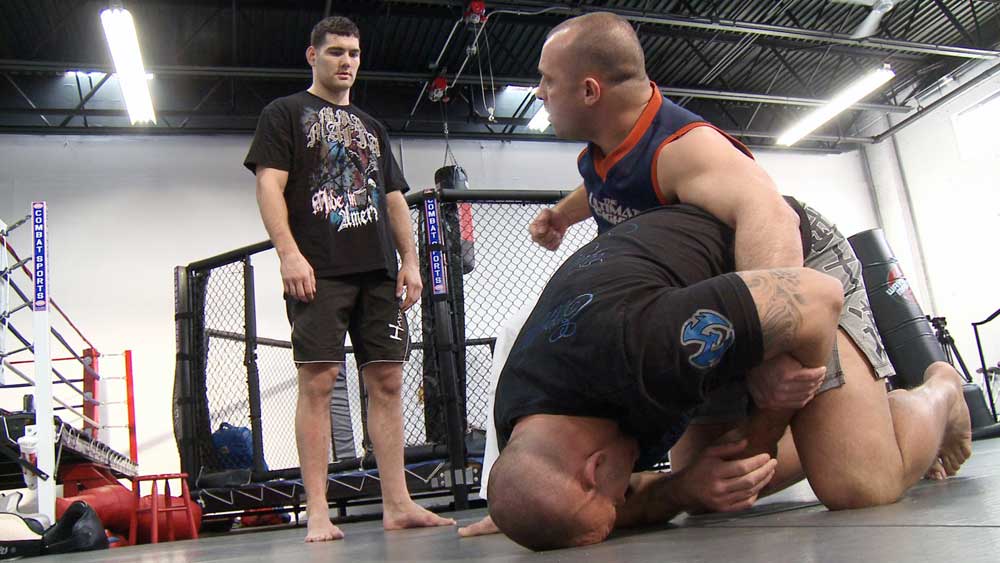 Ten years ago, unless your name was Matt Serra, there was little talk of world-class mixed martial artists being produced in the New York / New Jersey area. A decade later, the climate has changed considerably, with the names Edgar, Jones, Miller, Pellegrino, and Catone clearly representing a change in the guard from the days when you weren’t a “real” fighter unless you fought out of California or Iowa.

And this Thursday, the fighter many consider to be the “next big thing” in the sport makes his Octagon debut against veteran Alessio Sakara. Yes, that’s a lot of pressure to be put on the 26-year old shoulders of Mineola, New York’s Chris Weidman, but “The All-American” seems to be handling it well, at least in preparation for the fight. Dealing with the world of social networking at the same time? That’s a little more taxing.

“It’s definitely tough, especially with Facebook and Twitter,” he laughs. “I keep in touch with a lot of people, so everybody wants to get in touch with me and congratulate me, but on top of that, it’s such a short notice fight that I have to be in the gym non-stop and keep one hundred percent focused on my fight. I want to be able to keep peace with everybody, but it’s hard to do right now. That’s probably the most stressful thing.”

If that’s the biggest thing stressing him out before the biggest fight of his career, then it just goes to show you how Weidman handles competition. A two-time junior college All-American, two-time Division I All-American for Hofstra, and a decorated grappler, Weidman is 4-0 with three first round finishes in an MMA career that began in 2009 after opting against a tryout for the 2008 Olympics.

At the time, Weidman was coaching at Hofstra, and he began trying jiu-jitsu out as he helped some local MMA fighters train for upcoming bouts.

“That’s when I kinda fell in love with it,” he said. “And ever since I started I felt like I could do something big in this sport. I was looking at the top guys in the UFC in my division and visualizing how I would do against them. I’ve always been looking at the top.”

Considering that he’s got Ray Longo and Serra in his corner, UFC vets Luke Cummo and Pete Sell also on board, and a wrestling pedigree that includes college wins over current UFC standouts Phil Davis and Ryan Bader, fight game insiders have been expecting him to start assaulting the elite sooner rather than later. Consequently, after only four fights of pro experience, the phone was ringing for him to compete in other organizations such as Strikeforce and Bellator.

“I definitely had some great guidance from my coaches and my family, but it was probably the hardest thing I ever did,” said Weidman, a husband and father living in a basement apartment who turned down the quick money to wait for the only call he really wanted.

“Something was telling me to wait it out even though it also was a huge risk. Say if I got hurt in one of my fights and I was out for six months? There’s so much that goes on in this sport, but it was crazy how God worked this one out.”

As he slept in a Jersey hotel room before his friend, Gian Villante, fought on February 12th, he got the call he was waiting for.

“My manager (Ian Parker) keeps calling me over and over,” said Weidman. “I’m like ‘what does he want?’ Finally, I called back.”

“How much do you love me?” asked Parker.

“I said ‘Why?’ and in the back of my head, I’m thinking the only thing this kid could say to me right now is that I’m in the UFC. Other than that, I wouldn’t care.”

“How does Alessio Sakara sound?” was Parker’s response.

Stunned, Weidman consulted with Serra and Longo, and got to work after getting an expected call at an unexpected time.

“I was anticipating getting a couple other fights in smaller venues and then finally getting in there (the UFC) and then working my way up from the undercard,” he said. “But this is a huge opportunity and it’s exciting and overwhelming.”

And Sakara is no joke. A nine year pro with over five years in the UFC, the Italian banger has won three in a row, and was even scheduled for the UFC 122 co-main event slot before being forced to withdraw on fight day due to illness. It’s a tall order for anyone at 185 pounds, let alone a rookie with four fights. The New Yorker is ready to test himself though.

“I’m expecting him to be well-rounded everywhere and I’m ready for a war if it needs to go that way, but I’m also planning on looking for the finish early,” said Weidman, who has had plenty of help in getting ready for life in the UFC.

“It helps seeing what he (Serra) went through and it helps me keep perspective,” he said. “I got signed to the UFC but I need to start winning fights. I’ve got a couple of steps to my goal – the first step is to get into the UFC, and the next is to become UFC champion. I’m excited, but I’m trying to focus on taking it one fight at a time. Even all the media stuff is tougher than I expected. Matt and Drago (Sell) and Luke (Cummo) and the guys I have around the gym, they tell you about the pressures of the fans and the media and stuff like that, but when it’s actually happening to you, it’s different.”

He’s handled it like a champ though. All that remains is the fight, and you get the impression that he likes it like that. No tweets, no interviews, no status updates, just him and Sakara in an Octagon for 15 minutes or less. And after the fight, then he can deal with everything else.

“I hope the fans say that this kid has a big future after the fight,” he said. “I’m hoping to put on a show and I hope that they’re excited to follow me and become a fan of mine.”