One week away from the most anticipated trilogy matchup in UFC history between Stipe Miocic and Daniel Cormier, we look back at the best trilogies in UFC history
By Walker Van Wey • Aug. 8, 2020

For some reason, it seems that a good old fashioned trilogy is something that’s been lost in MMA for a while. In the earlier days they were far more common, but in an era where moving to a new weight class or dropping down the ranks has all but replaced a three-peat between heated rivals, it’s only right to tip the hat to Stipe Miocic and Daniel Cormier, who meet for the third time in the main event of UFC 252 on August 15.

Yet before they close the book on possibly the greatest, as well as the most unlikely, trilogy in UFC history, let’s take a second to appreciate five of the greatest trilogies in MMA history. 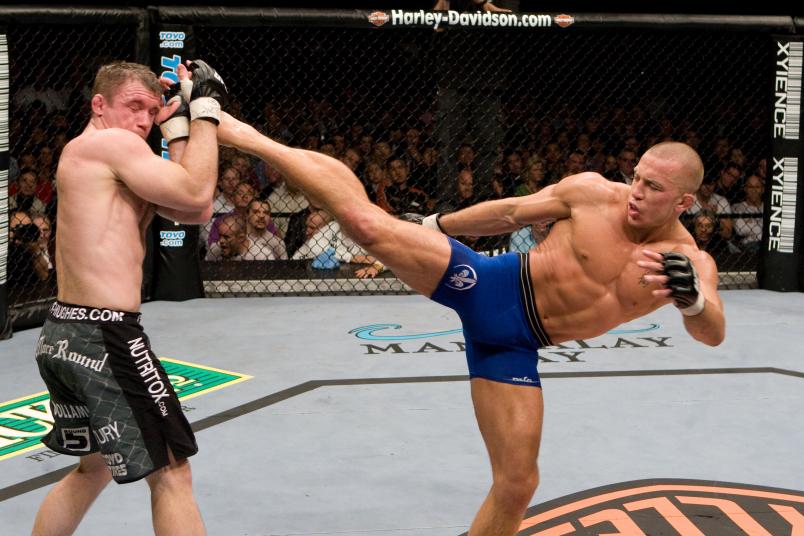 One of the purest trilogies kicks things off.

Rising star Georges St-Pierre was the king of Canadian MMA, and after two UFC wins, the 7-0 GSP was given the chance of a lifetime: A title shot against proven veteran champion Matt Hughes. Without giving the up and comer the courtesy of a second round, Hughes submitted St-Pierre and left fans questioning if GSP was all hype.

Nose to the grindstone, St-Pierre took out BJ Penn, Sean Sherk, Mayhem Miller and TKO’s Dave Strasser before getting another crack at Hughes. St-Pierre landed the only fight-ending head kick of his career in the second round, took home the belt and a performance bonus.

13 months later, the two were at it one more time. Desperate to right the ship, the 42-5 Matt Hughes had one last attempt to prove that “what has always been” was no match for the new champion. St-Pierre took a page out of Hughes’ playbook and submitted him with the same armbar that cut his first title run short three years prior.

Hipster pick here? Possibly. But with the hype that surrounded the wrestling and BJJ of Gilbert Melendez leading into the first fight, the Strikeforce fanbase walked away from the first fight asking, “Is Josh Thomson really this good? Or did Melendez have an off night?”

Had fight number two been under the bright lights of the UFC, there would have been sects of people outraged that Diego Sanchez and Clay Guida earned Fight of the Year. 11 years before Dustin Poirier vs Dan Hooker’s classic second round, Melendez and Thomson set the bar for classic rounds in the fifth and final round of the second bout.

By the time the third fight came along, winning the trilogy meant more than winning the title and it was a fitting end to an absolute classic trilogy. 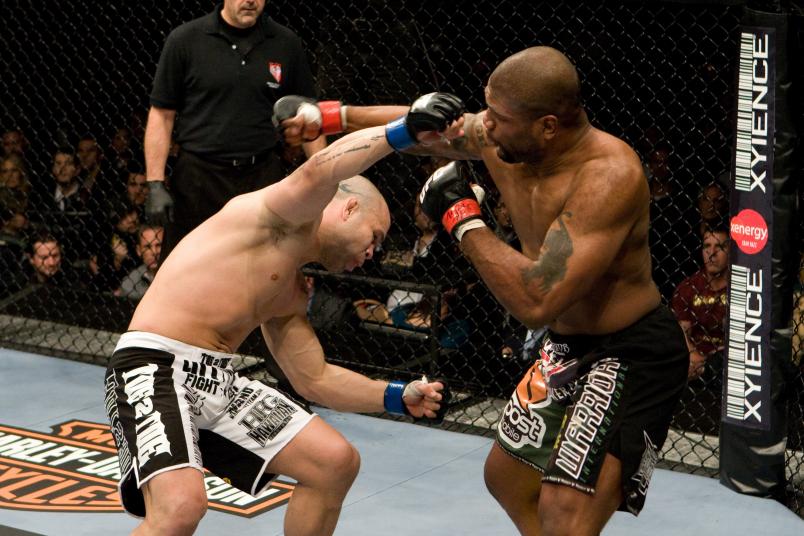 Possibly the most violent trilogy on the list comes in at number three.

Vocal from the very beginning of his PRIDE career about Wanderlei and the rest of the Chute Boxe Academy squad, Rampage Jackson did such a good job of building the first fight between himself and Silva that the first fight already had the feel of a trilogy’s third fight. Unfortunately, a healthy dose of knees from Wanderlei dropped Rampage not once, but twice in a row.

The two met for the third time at UFC 92, and although there was much less on the line, both men’s pride was on the line. Even after eating another Wanderlei Silva knee, Rampage landed one of the most satisfying left hands of his life and finally took a win away from The Axe Murderer.

It almost hurts to have to rank this so low but the reality is, fights one and two were decisively won by Silva, putting any chance of a rubber match situation in the bag already. For the sake of Rampage’s legacy, getting one away from Silva came with validation but stakes weren’t as high for the final bout.

How can a trilogy be added to the list when it’s still not “settled?” Log on to UFC FIGHT PASS and re-watch all of them.

Gray Maynard introduced himself to the UFC world through The Ultimate Fighter. And after two straight wins, Frankie Edgar looked to be the man to hand Maynard his first loss, but Maynard mauled his way to victory and it was back to the drawing board for Edgar.

Taking the time to learn from his loss, Edgar ran through a who’s who of the division before taking out BJ Penn twice, winning and defending the lightweight title in the process. His first opponent not named Penn? You guessed it. Gray Maynard.

The two went to war in 2011’s Fight of the Year, and after the comeback of a lifetime, Edgar removed the first round from the judge’s minds, ran through Maynard in the second and the two went stride for stride in the remaining rounds. Had either side come away with the decision there would have been an uproar. The judges declared the fight a draw and inside a year later they ran it back one more time.

Edgar was just too much for Maynard, and thank God for championship rounds because a beautiful fourth round uppercut spelled the beginning of the end for Maynard and Edgar retained his title and put away the feud forever. 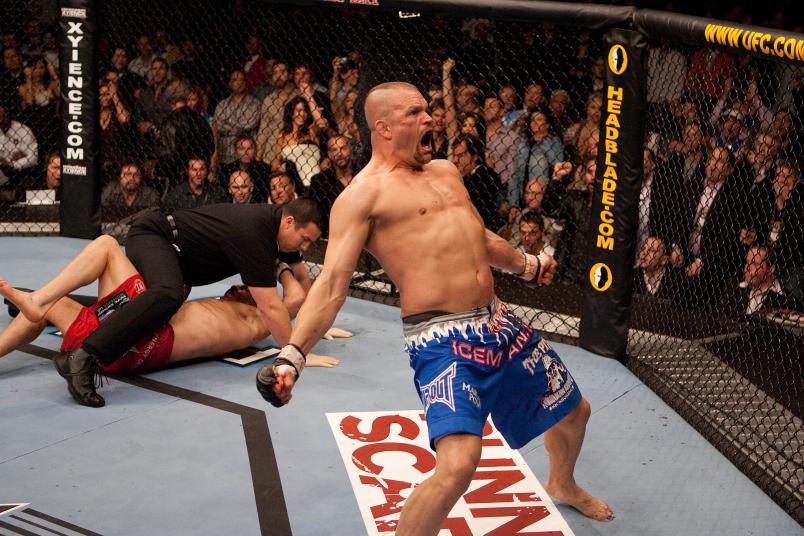 The early 2000s surge in popularity benefitted no man in the UFC more than Chuck Liddell. He slugged his way into the heart of seemingly every MMA fan there was. And while he had a champion’s record of 12-1, he had never been given the chance to hold the UFC gold.

Fans were put in a position of wanting Chuck to win but not wanting Randy to lose when the two met for the 205 belt at UFC 43. The crowd went back and forth, chanting for both men, but Couture was able to avoid being intimidated by Liddell’s game, standing with him and scoring takedowns at will before the fight was finally waved off in the third.

Liddell patiently waited for his second shot at the champ and capitalized with 2005’s Knockout of the Year before sealing the trilogy bout with another knockout victory.

All three fights set up both fighters to validate their career. Sure, Chuck had Tito and Randy had Vitor, but when it came down to it, the biggest test for their skillset was each other.

For these and many, many more classic MMA trilogies, sign up TODAY for UFC FIGHT PASS!