Gastelum at a Different Level of Maturity 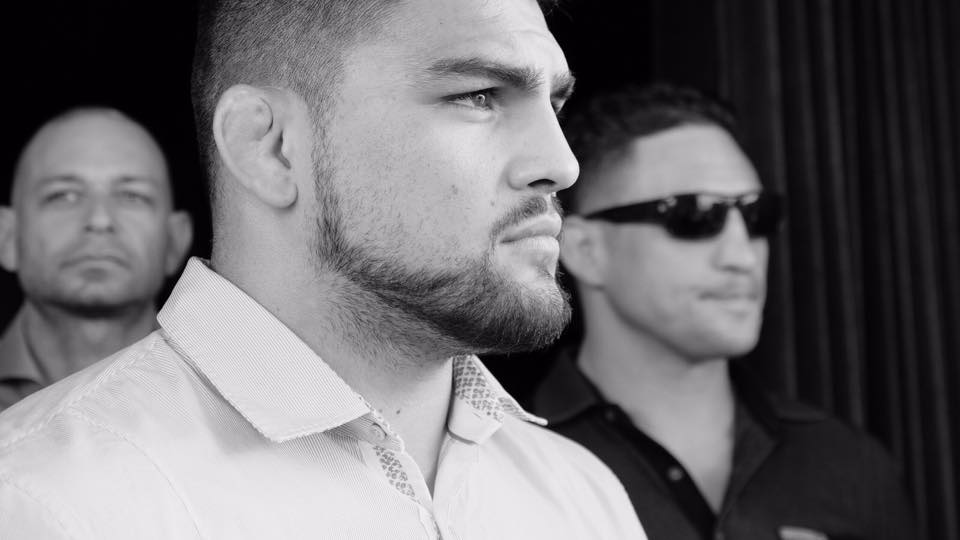 When No. 15-ranked welterweight Kelvin Gastelum signed on for a Nov. 21 fight with  the number five-ranked Matt Brown, the 24-year-old fighting out of Huntington Beach, California was understandably excited.

He had bounced back from a loss at the hands of Tyron Woodley with a KO victory over Nate “The Great” Marquardt over the summer, and a win over “The Immortal” would have propelled him up the rankings.

An injury to Brown in training however, would force a replacement.

“One-hundred percent bummed,” Gastelum said of the news. “I was coming back from practice when I got the text from (UFC matchmaker) Joe Silva that Matt Brown was injured and they were trying to find a replacement. So I pulled over immediately and started beating the crap out of my steering wheel. I was really bummed, but at least my airbag did not go off in my face.”

The man who stepped up on just 18 days notice to face Gastelum this Saturday in Monterrey, Mexico is the surging Neil Magny. Ranked No. 13 in the division, Magny holds wins over Erick Silva and Hyun Gyu Lim, and was on a seven-fight win streak before losing to Demian Maia at UFC 190 in August.

“I was expecting to get someone between Johny Hendricks and Tyrone Woodley but that didn’t happen,” Gastelum said. “He (Silva) said he called everyone in the top 10 and nobody answered the phone except for Neil Magny. I’m just happy I get to compete and not see all this hard work go to waste.”

Training under Rafael Cordeiro at Kings MMA, where champions Rafael dos Anjos and Fabricio Werdum also train, this camp was indeed one of Gastelum's best. He said despite having issues in the past with making weight, this time around he’s making the right decisions to keep things in check.

“I had to make adjustments to my lifestyle,” he said. “My lifestyle was affecting my work. I had to learn more about nutrition and what to eat and how to keep my weight down. I’m already about to have my eighth UFC fight and I’m finally learning to put everything together and everything has gone very smooth during this camp. I feel like I’ve learned and I’ve grown from my mistakes. This has been the best camp I’ve ever had in my career.”

Magny is a gritty fighter possessing a slick submission game and a powerful stand-up attack.

“I absolutely have respect for Neil Magny,” Gastelum says. “Eighteen days notice is not a lot of time to prepare for a fight. I’ve been preparing for three months and he gets 15 days, if that. It takes a lot of guts for sure, and I’m happy he took the fight.”

And while he was hoping for a Johny Hendricks or a rematch with Tyrone Woodley, he says he takes a bit of comfort knowing that some of the tougher guys in the division took a pass on fighting him without a full camp behind them.

“It does feel good in some way that the top guys respect me enough that they didn’t want to fight me on short notice,” he said. “It sends a little message that I’m in a good spot and I’m a tough guy in the division when the highly-ranked guys take a pass on me. But it’s all good. “ 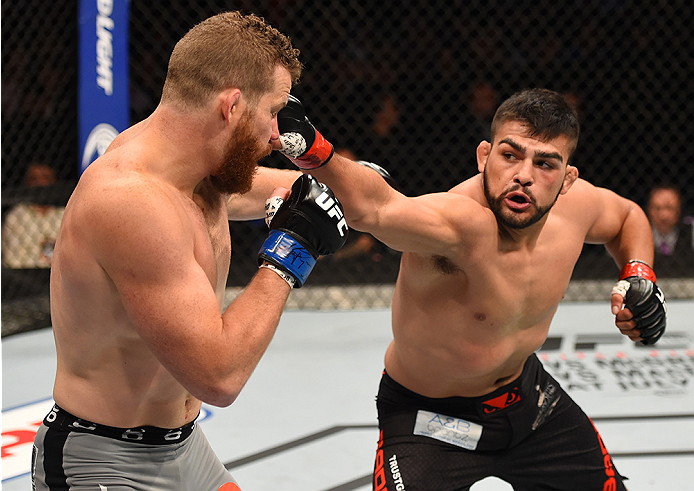 The Ultimate Fighter season 17 winner says his career is exactly where it should be, and despite the one setback on his record, he feels like he’s just under two years away from earning at shot at the title.

Kelvin said that some of the vitriol that was directed at him for missing weight in the Woodley bout was a bit uncalled for, but he said he’s also learned from that experience.

“People don’t know the position I am in, or what we go through as fighters both physically and emotionally,” he said. “A lot of the comments directed at me were unjustified for sure, but now I just don’t read any of it.”

As for Magny, he doesn’t worry too much about anything the Coloradan may bring to the fight.

“This is going to be my 14th fight so I’ve had a good amount of fights already, and I’ve seen a whole lot of situations, so anything he brings, it’s not like I haven’t seen it before. The only thing he’s got that I haven’t seen is his reach. He’s probably the tallest guy in the welterweight division, but those are the only things that come to mind. I’m not threatened by it at all. I’m looking forward to displaying a whole different level of maturity in my fighting game. “