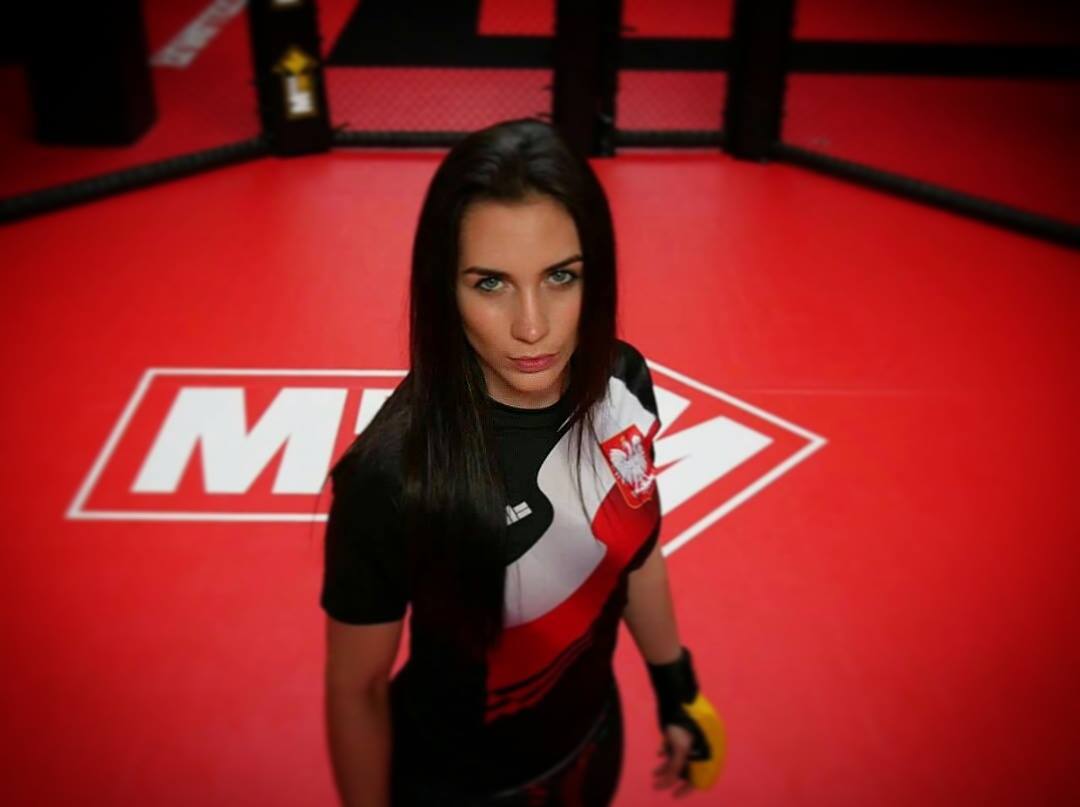 Sure, she’s quick with a laugh, unjaded by the fight business, and as enthusiastic about life as any of her peers. But there is no other 20-year-old woman on the UFC roster, and that alone says all bets are off.

And though she’s confident about her Octagon debut against Ashlee Evans-Smith this Saturday in Hamburg, she’s not overconfident, and that’s a key distinction.

“I don't think anyone can properly prepare for a UFC,” she said. “It's something that's so big. For example, at a jiu-jitsu competition, you have eight people rolling at the same time and the audience is like 30-40 people and all family members. (Laughs) And this is lights, music, people screaming, it's crazy. It's an adrenaline thing. So I try to be focused at all times, because if I start thinking about every single aspect, I'll be distracted and I won't perform to my abilities. So for this, I try to see it as just a fight. I try not to look at the event. I only focus on the cage, getting in the cage, and fighting.”

That part is something Macedo has down pat, despite her youth. Born in Venezuela, raised in Florida and now training in Poland, the latest stop in a world tour that has even seen her training in Brazil with Nova Uniao, Macedo has been studying martial arts since the age of eight, and in the ensuing 12 years, competing has become an essential part of her life.

“I did all different kinds of martial arts and I've always been competing,” the black belt in Taekwondo and brown belt in karate and jiu-jitsu said. “It got to the point where I would go to a competition every weekend. That's where it started. I love the feeling of everything, whether it's the fighting or the preparation. Everything you've learned, you get to test it. I know people want to prove themselves, but the reason why I love it so much is because I try to find new ways to fight all the time. I try to create something. And for me to have the ability to constantly test it is fantastic. If it doesn't work, you go back to the drawing board, and that, to me, is the exciting part. Trying to find something new all the time is what excites me. It's what I live for.”

Eventually, MMA was Macedo’s vehicle to test all her martial arts out, and she quickly went viral in 2014 when a headkick knockout of Chrissy Audin in an amateur bout became a staple on YouTube and social media. There was nothing left to do but turn pro, so she did.

Since then, she’s fought six times, going 5-0-1. That’s quite a schedule. Might we be seeing the female Cowboy Cerrone?

But in all seriousness, who fights six times in the first five months of their career? Veronica Macedo did, and in her eyes, she’s behind schedule. But when the UFC called for her to replace the injured Germaine de Randamie, she was in.
RELATED CONTENT: Macedo fighter bio | Matchup w/ Evans-Smith | Macedo a fighter On the Rise | Hamburg FIGHT PASS Focus

“I wasn't planning on coming into the UFC now,” she said. “I'm really short and I should be at strawweight and all of this. So my plan was to finish 10 fights this year. That was my goal for the year. I really love fighting. I know it's risky to fight so often because you need a good camp to study your opponent, but I love fighting so much, so I didn't feel the need to take so long between fights.”

She does admit that those long ago days of fighting six times in five months may be over though.

“There are different levels,” Macedo said. “I can't do this in the UFC. I can't fight twice a month because maybe I'll win the first fight and the second fight they're gonna kill me because they study you, they see how you move, they analyze you and all of this, so you have to keep constantly changing your game.”

Then again, that’s the fun part for Macedo. And where most would have their nerves frazzled to a crisp at this point of the week, this young lady has a secret to avoiding such issues.

“I know some people want to see this because it's someone that just did their first pro fight this year and fought a lot, so it's not the usual thing,” she said. “And there are some kind of expectations, whether good or bad, like, 'No, that's not what you're supposed to do, and she's going to lose because of it.' And some are like, 'Great, she's doing something different.' But emotion wise, I try to eliminate my emotions and have no emotions whatsoever. A lot of times I fight, and the times I've won, when you get back to the hotel, you're like, 'Oh wow, what just happened?' (Laughs) And for this, I will try to maintain that, because even though it's the UFC, it is still a fight. You're going to go in with someone highly skilled and you're going to try to knock them out, submit them, or hurt the person. So if I add emotions to that, I will be a mess. So I try to eliminate them. The pressure is higher, but I think I will be without emotion.”